Jess Staufenberg discovers a school that’s breaking the underperformance Catch 22, going beyond the model of School 21, and could be just what we need in 2020

Walking towards Foxfield Primary School in Woolwich, south-east London, feels a bit like approaching a small, rather beautiful airport. There’s an elevated runway with a spacious playground below and sliding glass doors leading into a modern, open-plan reception. All I know about the school is from a researcher looking at “future-focused” schools, who pointed me straight here. The airport vibe seems appropriate.

Inside, I arrive at an exotic destination. There are papier mâché flowers and bugs everywhere. In one corridor huge bees hang from the ceiling and in others palm fronds bend over bookshelves. Not far from reception, I can see a glass-walled studio with green-screen and recording equipment, where pupils make podcasts and videos. I feel like I’ve entered a fantasy mix of Where the Wild Things Are and Pinewood Studios.

Last year, a report called Leading Future-Focused Schools was produced by Katy Theobald. She’s the former associate director of research and evaluation at Ambition Institute and left to research schools in Australia, New Zealand and Singapore with similar characteristics that she captured under the term “future-focused”. In a nutshell, they are places where “leaders are deliberately developing cultures of innovation” through agency and experimentation.

All our policy development comes up through teachers, rather than senior leaders

Theobald ranks Foxfield as a key example in the UK. But with such approaches firmly out of favour with longstanding schools minister Nick Gibb, and educators who prefer “direct instruction”, can this school prove that the model is in demand?

Just down the road in Greenwich is School 21, the free school set up by Tony Blair’s former advisor, Peter Hyman, whose emphasis on oracy saw it awarded an ‘outstanding’ grade from Ofsted in 2014. But that Ofsted report is now five years old, and a chain of School 21s has not sprung up to proclaim a new, progressive dawn.

The Inspire Partnership, an academy trust officially begun in 2017, and now with five primary schools, including Foxfield, is doing just that. I assume I know what it’s about – creative thinking, technology – but the heart of the approach surprises me. It’s collaboration, on a deep level. And more schools are coming on board.

The first surprise is when headteacher Rupinder Bansil takes me to the “leadership suite”, where two senior leaders look like they’re hotdesking, surrounded by plants and scrapbooks. “Where’s your office?” I ask. “I don’t have a headteacher office,” she laughs. “I sit right here with them, discussing.” “Like constant CPD for them?” I ask. “Exactly,” she beams. Her deputies chip in as she talks to me, leaning back from laptops. 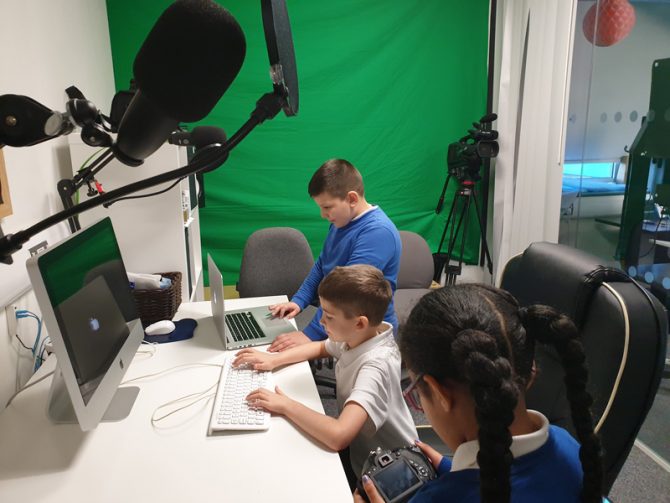 We continue to the staffroom. “Parents can come in here,” says Bansil.

“What if they make trouble?” I blink.

The open-door policy is all the more unusual, given the school’s neighbourhood. It borders the Glyndon estate, which a quick Google shows has suffered numerous stabbings. “Pupils worry about me walking home because they know drug deals go on there,” says Bansil. The murder in 2013 of soldier Lee Rigby was up the road.

I soon discover that the flat hierarchy model of the leadership suite and staffroom is a deliberate feature of a future-focused school. I sit with Inspire Partnership’s chief executive, Rob Carpenter, who explains that a new primary school is joining the trust this month, with three coming in March.

“When we wanted to improve these schools, we didn’t go through the traditional route of instructional change. We get people to work together. All our policy development comes up through teachers, rather than senior leaders, through cross-school hubs that work together. We have policy development coming from the classroom. Being future-focused is about enabling agency for pupils and staff.”

The new framework is about encouraging compliance

For instance, the maths hub trialled “feedback prompt cards” for pupils instead of traditional marking. Pupils are given a card that asks specific questions about their work which they answer. It helps with teacher workload and it develops critical self-reflection, explains Carpenter. Now all teachers in the trust use the method. “The best practice among teachers becomes trust practice. It’s not from me saying, ‘You’ve got to do it like that’.”

New approaches also come from individual teachers, who are “coached” to develop their own project. One teacher, called Sophie, trialled a new strategy for improving oracy among reception children which staff found so effective it has been implemented trust-wide. It has also led to career opportunities for Sophie. “She’s in her fourth year of teaching, and she’s already being asked to speak at conferences,” smiles Carpenter.

His belief in the approach is two-fold – to tackle retention, and to enable staff and pupil agency. “We cannot keep forcing teachers through the instructional model, because what we’re seeing are highly skilled and creative teachers leaving the profession.” He cites 2018 research from Sam Sims, researcher at the UCL Institute of Education, which lists teacher autonomy as an important factor in keeping teachers in the profession – findings that are backed up by the National Foundation for Educational Research just last week. Sims also found that, out of 22 comparable countries, only Latvia, Slovakia and the Czech Republic had teacher job satisfaction as low as England.

Bansil later tells me staff turnover at the trust is very low. “We’ve got at least six teachers who left the partnership and then came back,” she says. Carpenter concludes: “The point is, the revolution starts in the classroom.” 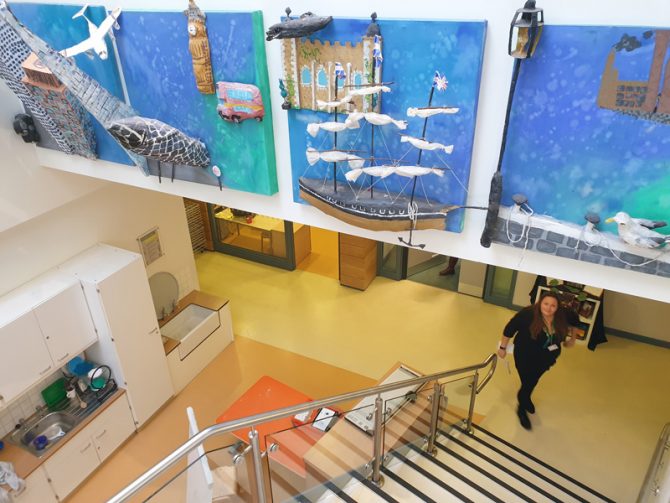 Greater agency is not only good for teacher motivation, it makes pupil agency the norm too, says Carpenter. Constant reflection on their own work, and coaching between pupils, means they are doing “deep learning” rather than rote learning, says Carpenter. “The children won’t just write their work. It could be a presentation, exhibition or video. Recently children needed materials for an art project and took charge of contacting supermarkets to get hold of the right stuff. That’s what kids want – they want agency. To thrive in a modern, complex society, they need to be able to make sense of it.”

He refers to a book by Gordon Stobart called The Expert Learner: Challenging the Myth of Ability. “There’s this mythical thing about 10,000 hours of practice making you an expert. But you can only practise predictable stuff. The future is unpredictable. What makes a real expert is their curiosity, their ability to look for patterns and make sense of things. That’s what we’re teaching here.”

Given Ofsted’s new curriculum inspection model, I expect Carpenter to say trusts like the Inspire Partnership will finally be recognised for all their hard thinking. But it’s the opposite.

“The new framework is about encouraging compliance. It’s about measuring knowledge through remembering facile information.”

Carpenter describes a recent Ofsted visit in which the inspector was checking whether pupils knew the names of rivers. “I’m not saying rivers of the world aren’t important, but if you’re evaluating the curriculum through remembering stuff, you’re nowhere near where we need to be in terms of developing children.” He is supportive of the government assessing whether schools develop “competencies” in pupils, rather than just academic progress. He also thinks parents would be supportive.

The point is, the revolution starts in the classroom

“Our current generation of parents are the first to have been through Ofsted and the high accountability system. Do you know what? They don’t want that for their own kids. We have to rethink how we do this.”

“Our kids are change agents,” says Carpenter. “You can’t measure that stuff, but guess what? It gets better outcomes.”

It’s food for thought for chief executives facing the catch-22 of underperforming pupils and overstretched teachers. As Theobald writes: “The widespread engagement of teachers in professional inquiry cycles provides a mechanism by which teachers could drive sustained change with a sense of ownership, rather than having changes ‘done to’ them.”