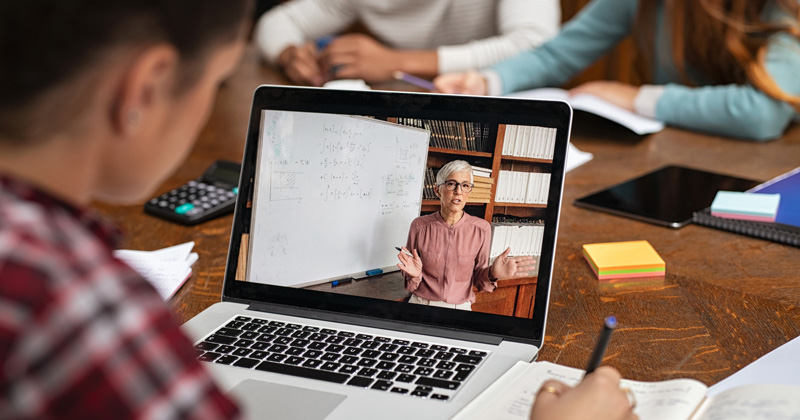 A school planning online learning for the final week of term to safeguard pupils’ mental health has been forced to u-turn after the government issued an official warning over potential legal action.

Presdales School, in Hertfordshire, said the move was to ensure staff and pupils weren’t self-isolating on Christmas Day.

But it was forced to scrap the plans after receiving a ‘minded to direct’ letter from schools minister Nick Gibb. Under coronavirus legal powers, the government can apply for a high court injunction to ensure schools remain open.

It appears to be the first case in the public domain about the government threatening schools with ‘minded to direct’ letters. Although the Focus Trust was forced into a U-turn over plans to close early last month after being issued with what was described as a “formal letter” from ministers.

Matthew Warren, headteacher at Presdales School, told Schools Week: “The minded to direct letter, if we refuse it, is then followed by a ‘direction letter’, if we refuse that then it’s likely to be a court injunction – and the impression I was given is they would have gone for that.”

The letter, from schools minister Nick Gibb warned the school “the approach you are proposing to be inconsistent with the Full Opening Guidance”.

It comes as the government is sending mass testing units in to schools in and around London. Ministers have insisted English schools will stay open, despite secondaries in Wales moving to online learning next week.

Warren explained the school planned to conduct live lessons via Google Meet between today and next Friday.

The school told the government it was “educationally and morally the right decision”, and driven by the number of cases in the area and the mental health of students and staff.

Almost three-quarters of the school’s 1,130 students have either been in self-isolation at some point this term or have been sent home as part of a full bubble closure.

“After the term we’ve had we didn’t feel it was reasonable to say that any young person should have to self-isolate on Christmas Day and beyond because of either catching Covid or being a close contact”, Warren added.

“We didn’t feel one week of online learning would be detrimental because we know the quality of our remote learning.”

Parents had been notified of the decision on November 24 and prior to this were surveyed to see if they supported the idea.

The school was therefore only expecting the children of key workers, vulnerable children and those with SEND needs to attend – around 25 in total.

The government announced today the self-isolation period for Covid-19 contact has been reduced today from 14 to 10 days.

But under original rules in place when the school formulated the plans – a switch to online provision from December 11 meant pupils who had been in contact with a positive case would still be able to enjoy Christmas Day with company.

However, on Monday, the school received a letter from its regional schools commissioner Dame Kate Dethridge, warning: “I cannot support the trust’s decision and will be required to escalate this to ministers, who may wish to consider further action.”

The following day the school sent a lengthy response explaining its reasoning.

Warren said the school had recorded 50 positive Covid-19 cases – 46 pupils and 4 members of staff. One case left a member of staff in hospital on oxygen.

In the ‘minded to direct’ letter, Gibb acknowledged these points, but stated: “Time out or restricting attendance puts the safety and wellbeing of children and young people at risk.

“We cannot allow further restrictions on school attendance to allow this to happen.”

Should the school maintain its stance, they were told education secretary Gavin Williamson would use Coronavirus legal powers to “make a direction to require” trustees to “enable all pupils to attend full time”.

“Providing only a remote education for pupils (even where you have offered parents the option to attend) is not consistent with enabling all pupils to attend school full time,” it added.

Should such a direction made, it would be published on the Gazette website.

The school has since dropped its plans. Warren added: “I agree wholeheartedly that school is the best place for children but for this one week of flexibility I just feel decisions could have been made in the best interests in the local community.”

Elsewhere Swanmore College, in Hampshire, was likewise forced to change plans after offering parents the choice to keep their child at home next week.

In a letter to parents and carers on Tuesday, it explained it had been “instructed by the Department for Education (DfE) and Local Authority” to amend the plans.

Geoff Barton, general secretary of the Association of School and College Leaders (ASCL), has now warned the government’s “unnecessarily heavy-handed approach” is likely to result in “many pupils and staff having to self-isolate over the Christmas period”.

He said the government should have done the “sensible thing and given schools the flexibility to move to remote education during the final week of the autumn term” but instead of insisting they continue teaching until Thursday, December 17.

“This is the last thing anyone needs after a long and gruelling term”, he added.

A Department for Education spokesperson said it is “is vital for all children to be in school where possible” and that children are at “very low risk from the virus”. 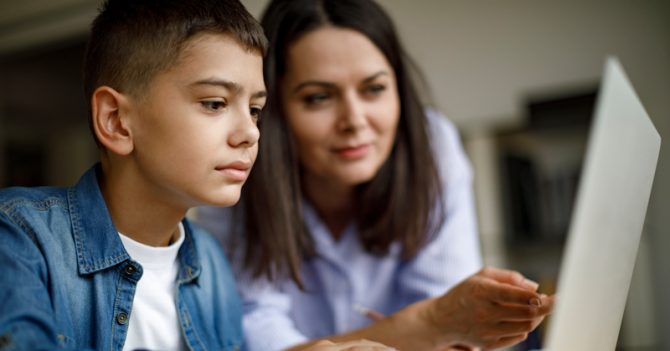