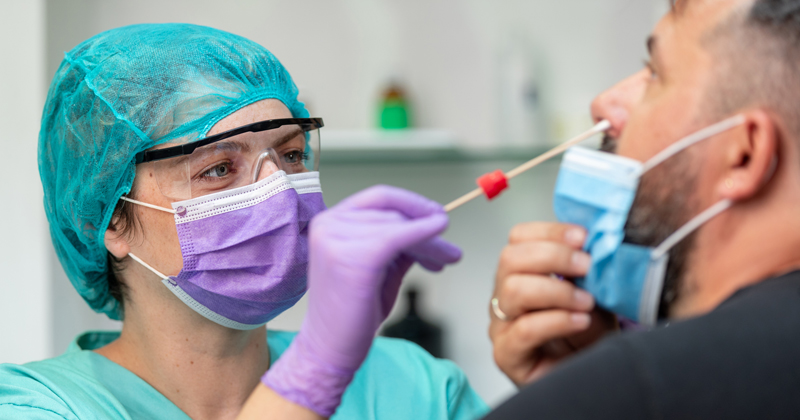 The government has given more details on how its mass testing programme in London, Essex and Kent secondary schools will be rolled out.

Health secretary Matt Hancock announced last night that government had “decided to put in place an immediate plan for testing all secondary school age children in the seven worst-affected areas of London, in parts of Essex that border London and parts of Kent”.

School staff, pupils and parents in certain schools are being urged to get tested from today, with additional “mobile testing units” being rolled out to facilitate this.

The Department for Health and Social Care has this morning revealed more details on its plans.

1. Seven London boroughs and parts of Essex and Kent targeted

The DHSC has named the seven London boroughs that are receiving additional testing as Barking and Dagenham, Hackney and the City, Havering, Newham, Redbridge, Tower Hamlets and Waltham Forest.

The DHSC has not said which specific areas of Kent are being targeted.

2. Schools will be told how to get involved

From today, all staff and students and their families in “certain schools and colleges” in the highlighted boroughs will be urged to get tested.

The DHSC has not named the schools, but says settings will be “provided with information on how to get involved”. Parents or carers will be able to apply for tests using the online testing portal.

In London, an additional 44,000 home testing kits will be made available for school staff including teachers to test before returning in January.

The government previously provided schools across England with 10 tests each and told them to order more if they needed them.

4. ‘Mobile testing units’ to be deployed

In London, 15 “mobile testing units”, or MTUs, will be deployed in or near schools for staff, pupils and their families to get tested.

The government said this would provide around 75,000 additional tests over and above what’s already provided at existing test sites in the capital.

In Essex, 10 MTUs will be deployed today and over the weekend.

And in Kent, there will be two MTUs deployed today and 10 more over the weekend.

5. Younger pupils will need guardians with them

Children under the age of 12 must be accompanied by a guardian, and the test has to be administered by that guardian. Pupils under 12 do not need to wear a face mask.

Those aged between 12 and 17 must all be accompanied to an MTU, but they can do the test themselves.