A rise in Covid-related absence from schools seen since the beginning of term has slowed, with attendance rates actually improving nationally last week.

However, the number of pupils absent with a confirmed case of Covid still reached a record high last week after rising almost 9 per cent in a fortnight, showing schools are still facing substantial disruption.

Department for Education figures published today estimate that 209,000 pupils, or 2.6 per cent of the pupil population were absent for Covid-related reasons on October 14. This is up from 204,000 pupils, or 2.5 per cent on September 30.

The previous set of data, published two weeks ago, had showed an increase of two thirds in the number of pupils off due to Covid.

Overall, however, the proportion of pupils attending school rose to 90 per cent, up from 89.5 per cent on September 30.

The rise was driven in part by an increase in attendance at secondary schools, up from 86.3 per cent to 87.6 per cent. Primary attendance actually fell from 92.6 to 92.3 per cent.

Covid-related absence among staff increased slightly, with 1.8 per cent of teachers and leaders and 1.6 per cent of teaching assistants and other staff off last week, up from 1.7 per cent and 1.5 per cent respectively on September 30.

It comes after the latest Office for National Statistics infection survey data estimated that around one in 12 secondary pupils tested positive in the week ending October 9, up from 1 in 15 the week before.

“We also know that staff are being affected too and that many schools are struggling to stay open with increasing numbers of teachers and support staff testing positive. We now have record numbers off with a confirmed case of Covid and it is clear that more needs to be done to control the spread.”

Geoff Barton, general secretary of the ASCL union, said while it was “pleasing to note a slight increase in overall attendance levels”, the underlying trend is “yet another rise in the number of coronavirus-related absences among young people and, perhaps more worryingly, among education staff”.

“The rise in staff absence may appear fractional but the reality is that it is now causing real headaches, with staffing problems further disrupting education. This is happening despite staff being vaccinated, with the issue exacerbated by an acute shortage of suitably qualified supply staff.” 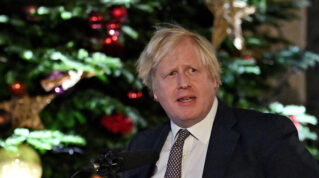 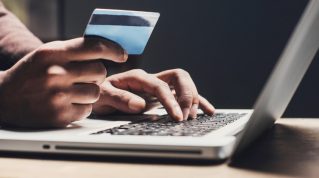 The DfE is urging schools to be vigilant about fake NHS emails urging readers to order tests 'to avoid...

Covid-related absence jumps 60% in a fortnight