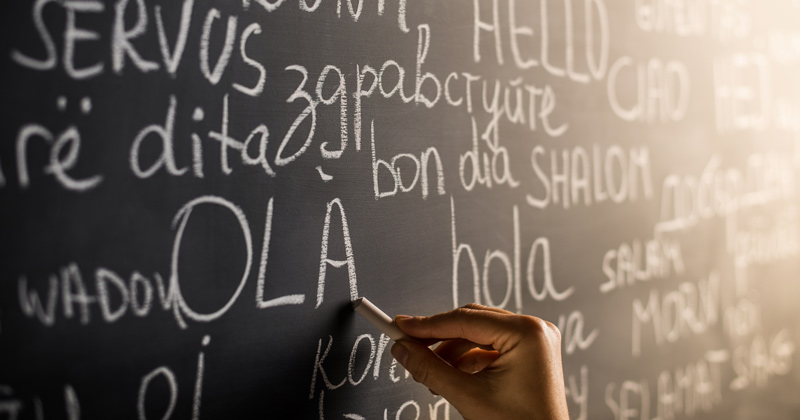 Only two groups put themselves forward to run the government’s new £4.8 million “centre for excellence” to boost the stagnating take-up in modern foreign languages.

The University of York, announced yesterday as the successful bidder, will oversee the work of nine lead schools to raise the quality of language teaching, including in French, Spanish and German.

It comes as ministers were buoyed by a 0.4 per cent rise in modern foreign languages (MFL) entries at GCSE last year – the first rise in five years – although they remain concerned over slow uptake.

A source, who did not wish to be named, said the Department for Education was disappointed when just two bidders pitched in summer for the contract. It also emerged that two people involved in the winning bid had worked on a MFL review with an academy boss on the panel that judged submissions.

The University of York’s bid was led by Emma Marsden, senior lecturer in second language education at the university, who will become the centre’s director. Rachael Hawkes, director of international education and research for the Cam Academy Trust in Cambridge, will become co-director.

They previously worked with Ian Bauckham, the chief executive of the Tenax Schools Trust and the only non-DfE official to sit on the panel that awarded the contract, on a review of MFLs by the Teaching Schools Council in 2016. It was the council that recommended the creation of the new centre for excellence.

Carmel O’Hagan, who previously worked at the National Centre for Languages until it was axed in 2011, has raised concerns of a potential conflict of interest, but Bauckham said any possible conflicts were “declared and very tightly managed at every stage”.

He said it was “true Marsden and Hawke were on review group” but that was because “they’re sector experts”. They had submitted an “exceptionally strong proposal”.

He also said there was a lack of language specialists with the right research background in the country, limiting the pool of potential applicants.

However O’Hagan added that the closure of the National Centre for Languages had lost long-established networks, adding “now they’re trying to recreate a different model, which seems a terrible waste of public money.”

A DfE spokesperson said the tender was awarded to the bid that was “significantly stronger in all areas”.

Nick Gibb, the schools minister, said the university’s bid showed it had the “vision and expertise to be at the forefront of the work to improve the way in which foreign languages were taught in schools and to increase the take-up of languages at GCSE”.

Marsden said the investment offered a “unique opportunity for researchers and expert teachers to work together and draw on high-quality, international research into language learning and teaching”.

Cardiff University has been chosen to run a programme in which students will mentor 200 year 9 pupils in ten schools for six weeks, online and in person. The aim is to inspire the pupils to take up languages at GCSE level and beyond.