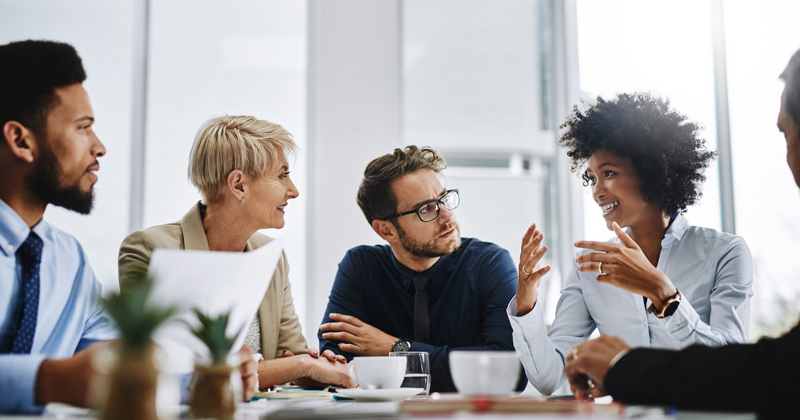 A major new education conference is offering free tickets and expenses of up to £750 in return for headteachers having two hours of meetings with event sponsors and partners such as Google.

Learnit conference, backed by the organisers of the established BETT education technology show, said the offer – which included tickets worth £550 – would allow cash-strapped schools to attend.

But to qualify for the freebie, heads have to complete 15-minute meetings with up to five* of Learnit’s partners and sponsors, including Google for Education, Extramarks, a company that offers to make learning easier through videos, and Popcorn, a school furniture company based in India.

Lawyers have warned headteachers who attend the “hosted meetings” to be wary of potential conflict of interests.

Russell Holland (pictured), an education expert at the law firm Michelmores, said leaders would have to declare meetings with a sponsor should they sit on tender panels that involved any of the firms.

Holland said that in this situation, heads must “act appropriately” and reassure the panel of their objectivity.

Steve Edmonds, the director of advice and guidance at the National Governance Association, said that chairs would not expect heads or school leaders to account for their time hour-by-hour for conferences such as Learnit.

But it would be “useful for heads and schools leaders to use their chairs as a sounding board for how they manage potential conflicts of interest that may arise”.

The conference aims to “unite the global learning community” to lead an “intellectually honest conversation about the current state and future of learning”.

Speakers are from “the entire learning ecosystem”, including government, corporates, edtech firms, and investors.

Katy Fryatt, Learnit’s founder, said school leaders were only matched with sponsors and partners that suited their interests and were under no obligation to buy anything from them.

“We do this to give schools the option of coming along, but be completely budget neutral,” she said. “Schools are cash-strapped, so I don’t think it would be fair for them to come along for hundreds of pounds.”

Education leaders, government decision-makers, and heads of talent and training are all allowed to apply for the hosted meeting programme.

Those travelling from Europe can get up to £450 reimbursed and those from outside Europe up to £750.

So far 300 people are booked into the hosted meetings, just 15 of them UK school leaders, Fryatt said.

She said Learnit had been funded by $1 million in venture capital, mainly from private investors but with a contribution from ITE Group plc, the organisers behind the Bett Show, which also owns a small share in Learnit.

Tamasin Cave, the founder of the Spinwatch website, said hosted meetings were part of a “huge multi-million-pound push by Silicon Valley companies to digitalise education” because it was a “lucrative market”.

These companies were lobbying governments to make it appear “inevitable” that pupils would soon be learning online, she said, adding it was “concerning” schools would have to listen to “marketing pitches”.

In 2013, the Pearson Foundation, the charitable arm of the education company Pearson, ran into trouble in the US over its use of sponsored trips. It had to pay a $7.7 million settlement after a US investigation found it had wooed clients towards its business arm by paying for education officials to attend conferences in Australia, China and Brazil.

The New York Times reported that some of those officials then went on to hand Pearson lucrative state contracts.

New York state law prohibit firms using charitable funds to promote and develop for-profit products. Pearson said it had always complied with the law, but recognised there were times when the relationship between its charitable and business arm could have been “clearer and more transparent”.

The Learnit conference will be held in London on January 24 and 25.

*this was updated from eight meetings, after a change to Learnit’s programme.