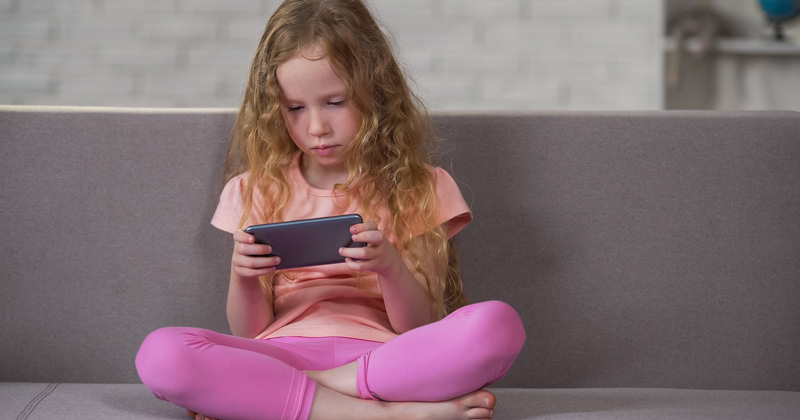 A school has been accused of holding pupils’ mobile phones to “ransom” after charging parents £2 to return confiscated devices.

South Wigston high school in Leicester bans mobile phones as it says the devices are a major tool for bullying and a distraction to learning.

However, its electronic device policy says that a £2 contribution to the school charity “will be required for return” of a confiscated phone.

Pupils should be able to have a phone, switched off, in their bag. Not held ransom by the school

Another policy published on the school’s website, for “behaviour and rewards”, describes the payment as an “administration charge”.

One parent said it amounted to private property being “held ransom”, with two lawyers claiming the single-school academy trust could be breaking the law.

Details of the policy emerged in the same week that Nick Gibb, the schools minister, said he believed schools “should ban” mobiles.

A parent of a pupil at South Wigston, who wanted to be known only as Andy, said other parents “treated it like a tax and just felt they had to pay it”.

“Pupils should be able to have a phone, switched off, in their bag. Not held ransom by the school.”

The electronic device policy of the school, rated as “requires improvement” by Ofsted, says mobiles may only be left in the school office at the start of the day “by parent request, for emergency reasons”.

Andy said his daughter “needs a phone to and from school in order to be safe”.

The school says that any phones found in school will be confiscated, kept in the school safe and returned only to parents. The policy document states: “A £2 contribution to the school’s charity will be required for return.”

When asked whether the payment was breaking rules, the Department for Education said parents could only be charged for items they bought from the school.

And schools could not levy compulsory charges unless they were for optional activities or items.

Ramona Derbyshire, a partner at Thrings law firm, said schools could confiscate phones, but could not “impose a charge as a disciplinary process”.

Even though the charge was classed as a charitable contribution, Derbyshire said it had to “be clear that there is no obligation to make any contribution and parents must not be made to feel pressurised into paying as it as it is voluntary and not compulsory.

“The school in question is walking a thin line – the charity contribution is clearly not voluntary, it is expressly ‘required’.”

An education lawyer, who did not wish to be named, said that schools could not impose fines, except for term-time holidays. A mandatory £2 “contribution” to get the phone back amounted to a fine, he said.

Micon Metcalfe, a fellow of the Institute of School Business Leadership, suggested the school re-word its behaviour policy to make clear the £2 was a voluntary contribution.

But Ross McGill, founder of Teacher Toolkit, said the policy could penalise disadvantaged families who “need to text their eldest child to run and collect their siblings from primary school”.

The school has 13.4 per cent of pupils eligible for free school meals, which is just below the national average.

Schools Week could not find evidence of similar charges in other schools. However, a survey by Teacher Tapp suggests that 70 per cent of primary schools collect phones and return them at the end of the day, while 17 per cent ban them completely.

Drayton Park primary in north London bans phones during the school day, but allows pupils to hand them into the office in the morning.

Only 4 per cent of secondaries ban phones. None allows its pupils to use phones freely, but a third do allow their use during breaks.

Several private schools have also introduced bans, such as Latymer Upper School in west London, which extended its ban up to GCSE-age pupils last year. West Buckland School in Somerset also introduced “invisibility” policies where phones have to be switched off and out of sight at all times.

Damian Hinds, the education secretary, speaking at a conference yesterday, said he had “absolutely no reluctance about banning mobile phones in schools”.

“Headteachers make these decisions. And as it happens, the great majority of them have made the decision either to ban mobile phones or restrict their use in some way, and I fully support them in doing that. I don’t want kids using mobile phones when they’re in school, clearly.”