If there’s one school that people interested in education have heard of (aside from Michaela Community School in north London), it’s Magna Academy. Like Michaela, Magna, near Bournemouth, was until recently a byword for stringent discipline, prompting endless media coverage.

Richard Tutt, the Magna head from 2013 until August 2019, was regularly dubbed “Britain’s strictest headteacher” by the press – often sharing the title with Michaela’s Katharine Birbalsingh.

The national coverage ranged from his advertisement for a “director of isolations and detentions” in 2017 – only “strong disciplinarians” need apply – to the school keeping its ‘outstanding’ Ofsted grade last year despite inspectors noting “higher-than-average pupil movement”.

“Magna became a name, a bit like Marmite. You either loved it or you hated it, and they put us in the headlines because they knew people would read it,” Tutt tells me.

My mantra? You teach to the top and scaffold down

Tutt is no longer at the school where he made his name. After taking Magna from an ‘inadequate’ to ‘outstanding’ judgment, in September last year he left the Aspirations Academies Trust to join United Learning, the country’s largest academy chain, as executive principal of five academies across Bournemouth and Poole. In September he will become regional director of nine schools across the south, with responsibility for teaching and learning for the trust. On the same team as chief executive Sir Jon Coles and Dame Sally Coates, director of secondary education, what Tutt thinks and does will matter to many staff and children in the coming years.

He is unexpectedly open to my questions, which doesn’t seem to befit a man regularly the subject of media interest. Perhaps that’s one advantage of not being a big tweeter. As we chat about education reforms he’s liked since 2010 – “the academic ethos”, “the way the profession is more evidence-informed” – he throws in the following: “By the way, I wouldn’t call myself a Conservative. I wish the Labour Party could embrace a lot of the ideas around the knowledge-rich curriculum, because it really is about social justice.” 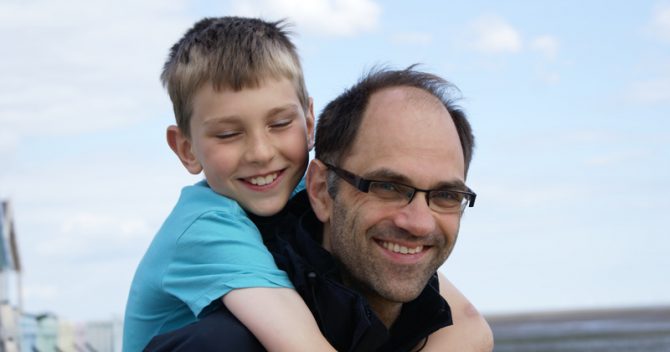 I also want to know what he thinks of comments from Natasha Ullah, the current head at Magna. In December she told the Bournemouth Daily Echo: “There is no doubt that Richard Tutt, as principal of this school, led Magna to a period of academic success,” but added: “It does seem that his philosophy didn’t reflect the Aspirations Academies Trust. I’m here today to tell you that, moving forward, it’s about having a happy and productive community”. Ouch. Tutt responds with equanimity: “She’s a new head and wants to set out her own vision, which is absolutely fine and right.”

Perhaps Tutt’s past can provide clues to his approach. His father, who left school at 14, was in the RAF and his son was born on a military base in West Germany. Both parents were determined he would go to university. When I ask about discipline at home, he replies that “they had a really good balance on rules. I suppose it was about expectations around manners.”

But they weren’t pushy. When the family settled in Kent, there was no hue and cry when Tutt failed the 11-plus. He credits his secondary modern teachers for not lowering their expectations. “They still wanted us to do A-levels and go to university. They still had that belief.” It shaped his view that selective education and programmes such as “gifted and talented” are falsely premised on an idea of innate ability. “I have this mantra – you teach to the top and scaffold down. It doesn’t matter what set you’re in, you’re still going to have the same rigorous academic curriculum.”

If you stick rigidly to what you’re doing, it goes wrong

Tutt got a place at the University of Manchester to read economics but, crucially, his school years also exposed him to out-of-control behaviour. “There were skinhead gangs and big fights on the field. Transitions around the site could be quite scary. Wrong place, wrong time, and there would be bigger kids who would push and shove you around.”

The silent transitions between lessons that Tutt introduced at Magna in 2015 begin to make more sense. His early experiences also explain some of his later professional decisions. “It’s why my first choice of headship was Magna, because it was a secondary modern. The schools I’m overseeing now, they’re technically secondary moderns too.” This year Tutt was interim head at Avonbourne Boys’ Academy and Avonbourne Girls Academy, which share the catchment with grammar schools.

Although it’s at Magna that Tutt hit the headlines (and again at United Learning this year for isolating pupils wearing the wrong uniform), he honed his views during 11 years at Goffs Academy in Hertfordshire. “That’s where I started to shape how I felt about pedagogy. It was around the time where, if there was a problem with discipline in the classroom, then it was the teacher’s fault for not engaging the kids enough, rather than an issue with the culture of the school.” 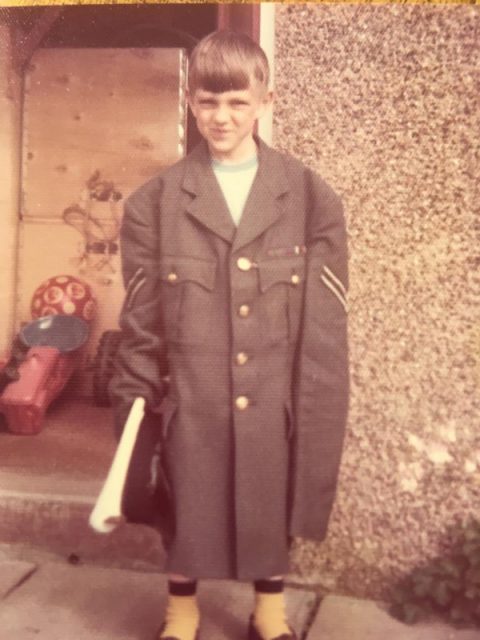 Promoted to assistant principal in 2008, Tutt suggested to the new head they track pupil assessment data every six weeks, set targets, introduce a more academic curriculum and scrap mixed-ability classes in favour of English and maths sets. “That started to change the school into one with a high-expectations culture,” he says with a note of pride. Four years later, the school had moved from the bottom 5 per cent to the top 5 per cent for contextual value-added at GCSE, Tutt says – a pretty powerful vindication of his approach.

But there is evidence that some children felt unhappy and afraid when Tutt took this approach to Magna. His new requirement in 2016 for poorly behaved pupils to apologise to the whole school prompted one godparent to write on Facebook: “She is frightened to go to school and she is a good girl. It is nothing short of bullying.” Another said their son ended up in detention for a ruler that was the correct length, but which folded, while another commented parents were “in tears”. There are, however, supportive comments too.

The last straw for some school leaders was Ofsted’s acceptance last year of Tutt’s explanation that “higher-than-average pupil movement” was because they couldn’t cope with Magna’s high standards. Those in special education and alternative provision, in particular, queried the point of such stringent measures if other schools were left to pick up the pieces. It wasn’t helped by inspectors noting the school’s special educational needs co-ordinator wasn’t qualified and leaders couldn’t describe their SEND provision.

A later TES report claimed Tutt’s team were “softening” their approach because pupils had begun to see punishments as “badges of honour”. Tutt contests the claims.

You can’t have high expectations without high support

“I feel really heartfelt about those kids that left. We wanted to give them the best. We employed a counsellor, where there had never been one at Magna before. We had a social worker and an ex-police officer on site working with the families. You can’t have high expectations without really high support.” He says a surplus of secondary school places in the area made it easy for pupils to move on. “Also some kids left I think because they didn’t like the homework or our detentions system. But when I arrived at Magna the roll was only half full. By the time I left, it was heavily oversubscribed.” 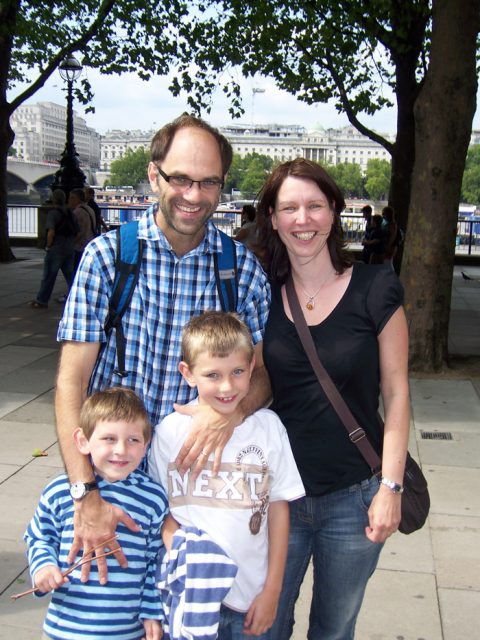 Tutt adds that progress for pupils with special educational needs was very strong, which inspectors noted. I ask him whether pupils stopped taking the sanctions seriously. “I don’t think that’s what was going on at all. We were continually evaluating if it was working, and making tweaks and changes. If you stick rigidly to what you’re doing, it goes wrong.”

The most interesting challenge now facing Tutt may relate more to his staff than pupils. At Magna he came across the work of Siegfried Engelmann, an American educationist who in the late 1960s developed a model for “direct instruction” to bring about the biggest academic gains for disadvantaged pupils. Tutt explains: “It’s basically an extreme form of explicit teaching, worked out and almost scripted for the teacher. So lessons are really intense, highly interactive, at the extreme end of teacher-led. It comes with an exact textbook and workbook.”

Tutt also studied Barak Rosenshine’s “principles of instruction”. When he introduced a programme at Magna based on this approach, he was spotted by Sally Coates at United Learning. This year, the trust has just finished piloting its own direct instruction programme.

“That programme will come to me to evaluate, which we’ll do once Covid is over,” Tutt says. Its goal is to ensure 90 per cent of year 8 pupils reach age-related expectations in English and maths.

It’s a big leap up from headship, with enormous influence. The question will be whether he can take teachers and parents with him.

I ask if he ever expected to reach this point. “When I set out, I certainly didn’t have any intention of being where I am now. For me, it’s just heartbreaking when a school gets into such difficulties. That’s why I do this.”