“I haven’t seen a volleyball in ten years!” Once the sport’s regional director of athlete development for Ontario, Canada, Jeremy Hannay has been occupied with other things during his decade in England. Reflecting on his first experiences in English schools, he jokes that “no Canadian person in their first year here, experienced or otherwise, could understand Ofsted as a concept”.

The headteacher of Three Bridges Primary School in Southall, West London, which he joined in 2012, saw his school rewarded last year with an ‘outstanding’ rating from the watchdog. But if there’s any credit in that (which Hannay is first and loudest to question), then he isn’t the type to take it.

“I’m an average guy surrounded by incredible people,” he says. “I’m not great at a lot of things. But my mom always said I was very good at making friends. Professionally, I suppose If I’m good at anything, it’s finding good people and holding on to them. I hire people who are smarter than me, who are better teachers than I was, more creative than I was.”

Within a fortnight at the start of this term, Ofsted has released its annual report, a report on 480 ‘stuck’ schools, and found itself at the centre of a very public row about the length of key stage 4. Meanwhile, Hannay has been in Marrakech delivering a talk about the “potentially dangerous” leadership decisions he has made to turn Three Bridges around by “building trust in a culture of scepticism.”

I’m nobody’s guru. I’m just some guy who has found a few steps in the right direction

If that scepticism had held sway in Ontario when Hannay was growing up, it’s doubtful he would be in this position now. Born in Toronto, his parents came from “simple backgrounds. My mom finished school when she was 16 and didn’t pursue any education beyond that. My biological father didn’t graduate high school. He had issues with addiction and he wasn’t the nicest in the whole wide world to my family. So my mom left him when I was very little. I haven’t spoken to him in 25 years.” Hannay’s mother remarried, but “that guy wasn’t much nicer and they got divorced when I was about to go into high school.”

Yet Hannay is sanguine about his childhood, and thankful for his mother’s constancy. “That was the nature of things. My mom didn’t have a grandiose education, but she loved her kids, the message from her, both overtly and covertly, was just to work really hard and do your very best.”

From a family where “nobody went to university”, Hannay now holds a BA in arts and science, a BEd, an MA in educational leadership, and an MEd in action and practice-based research. He completes his doctorate this month, researching the use of lesson study, and its impact on teacher self-efficacy and school climate.

He puts it all down to the teachers who saw past the stigma of poverty, the determinism of white working-class children who “lack aspiration and drive”, as Amanda Spielman said in 2018. “It wasn’t some sort of parachuting in to save my life but they were catalytic. They exposed me to opportunities that I didn’t know existed.” 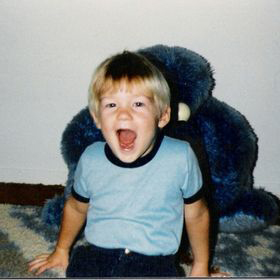 A prime example is the teacher at Hannay’s primary school in Ottawa who introduced him to volleyball. At the time, the sport was the preserve of girls in Canada, but “this teacher saw I could use something to do, and knew that my family had no money to pay for competitive sport.” Twice a week after school, 11-year-old Hannay waited in her classroom, “then she drove me to her house, gave me something to eat, then took me to the gym where the girls were practicing, and I would practice with them.”

Eventually, a boys’ team opened up, and Hannay played for them, then for the provincial team. He started coaching at 18 and eventually became the regional director of athlete development. “And that’s just one example of someone who just said ‘I can help do that’. It became a huge part of my life.”

An instructive part, too. It’s hard to tell at what point we transition from sports leadership to school leadership. Hannay speaks energetically about incremental changes to specific aspects of performance, the importance of agency and the role of the coach in providing constructive feedback. And he is positively lyrical about teamwork, referring to the effort of building an excellent school as “building a cathedral”, working from a common vision, and respecting “individual professionals’ skills and roles, knowledge and expertise”. For Hannay though, school leadership in England is made harder by a system set-up that is counter-productive.

In Southall, where a multitude of schools are within a stone’s throw from each other, the effects of parent choice are very real. Three Bridges sits on the Grand Union canal, which separates affluent Southall from its disadvantaged neighbours. Yet only 2 per cent of its pupils come from the better-off area where the school resides.

On the other side, separated only by “a bridge at the end of the drive” is “the kind of community I grew up in,” says Hannay. “Between 40 and 50 per cent of our pupils are eligible for pupil premium,” he explains. “70 per cent come from the top two quintiles of disadvantage, and none from the bottom two.”

Nothing has changed here, but that’s what an Ofsted grading does

““And in the first six weeks of school, we gained 26 children. Nothing has changed here, but that’s what an Ofsted grading does. Those parents truly believe that my school is better than the school across the road, which is ridiculous. In the same way that educators have been fed lies about the value of Ofsted, parents have been completely misled about what Ofsted can understand, can report on, can actually do.”

“Those 26 children came from somewhere,” he says, conscious that his gain is someone else’s loss. Even before the Ofsted report, Three Bridges was getting international attention. Thousands of people have visited from New Zealand and Singapore, Sweden and Finland. “As soon as the competition is taken out, everybody’s really interested. I believe in joined up networks, collaborative thinking, but it is more challenging locally than anywhere else.”

Imbued with his mother’s work ethic, Hannay is intent on ensuring local partnerships do happen. He is chair of learning and achievement for the Ealing Learning Partnership and chair of the Southall quadrant of schools. “I think it’s important that not only we’re sharing the message of the good things happening here,” he says, “but that we’re sharing everybody’s good message.”

When he came to the UK from Ontario with his partner, also a qualified teacher, their plan was to be here for two years. They would sample Europe and a different education system, and build a CV that would secure them jobs back in Ontario, where it was notoriously difficult to break into the profession.

It was in his very first year, working the supply teaching circuit, that he was placed at Three Bridges. It was rated ‘outstanding’ at the time, but he found an accountability culture he hadn’t imagined possible – “six graded lesson observations a year, marking in books every night, submitted planning that was scrutinized and handed back to teachers, regular learning walks, book scrutinies…”. 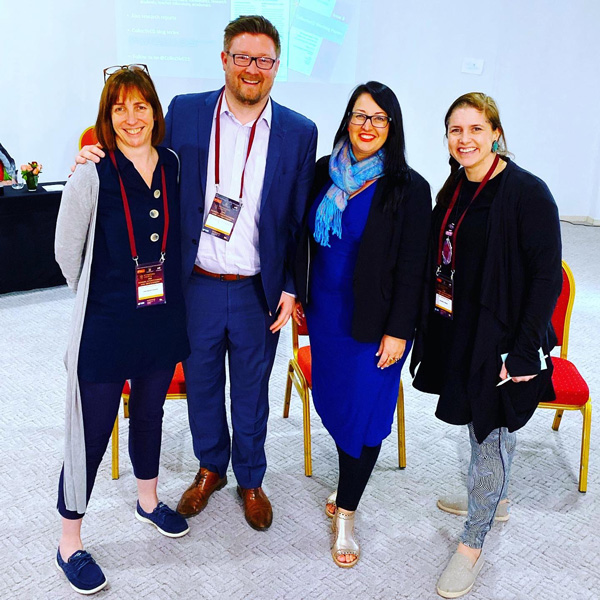 A job as an assistant head in another school beckoned, but within weeks of joining this ‘good’ school, it was placed in ‘special measures’. Hannay rejoined Three Bridges in 2012 as a teacher and team leader, and within a year it narrowly avoided a judgment of ‘requires improvement’, saved only by its previous results. However else the leadership culture of scepticism was reassuring Ofsted about ‘capacity to improve’, it wasn’t leading to the desired results, and Hannay could see a self-reinforcing mechanism.

So, as Key Stage 2 lead, he embraced an entirely different approach that led to drastically improved results. Before long, he found himself leading the school, remaining wholly committed throughout to the values of teamwork and trust he learned through volleyball. Those accountability policies are all gone. “I knew that a better way was possible. And I knew that in this job I could protect these people from all of that.”

Not that he has miraculously avoided the pressures to conform. “I do have sleepless nights and I have put on four stone. I’m not immune. I don’t even know if I’m supposed to be a headteacher right now. In my country, I wouldn’t be. I’m not ready.”

It’s a startling admission from someone who has achieved so much in so little time, but it’s precisely this honesty that means his voice is carrying so far. “I don’t have a gimmick to sell,” he says. “I’m nobody’s guru. I’m just some guy who has found a few steps in the right direction. I get told all the time that people aren’t there yet. Well, they’ll never be there if you never help them get there.”

Ten years on, it’s clear this Canadian understands Ofsted, but it doesn’t sound like he’s any no closer to accepting it. Perhaps if he had a little more time for some volleyball? 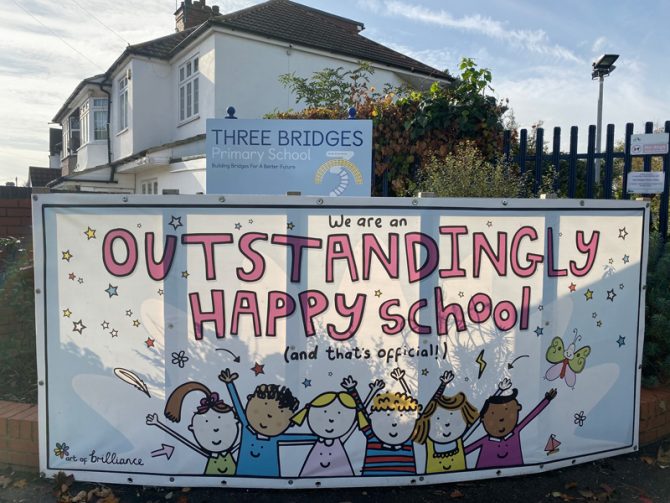