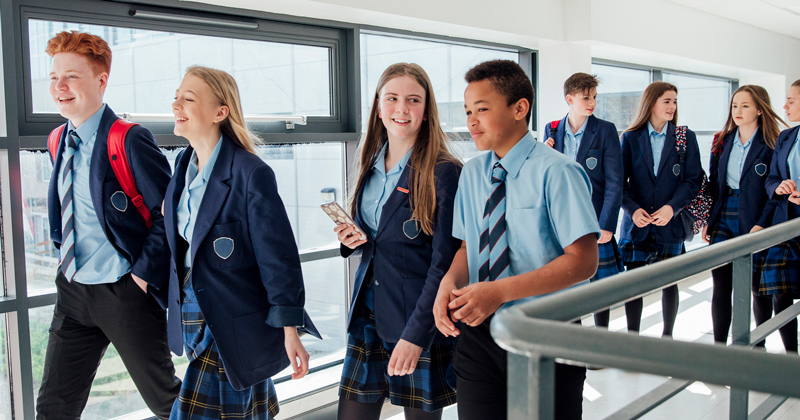 While the study reports that most English 15-year-olds are happy, Dr Angela Donkin says the figures indicate some concerning trends for children’s welfare

The OECD’s PISA 2018 results for England were published this week by the Department for Education and NFER. While the study reports that 93 per cent of English 15-year-olds are happy some or all of the time compared with 91 per cent of their OECD counterparts, I’ve needed to deliver really concerning figures regarding the wellbeing of our children.

The finding for children in England is mirrored across all nations in the UK. One in five 15-year-olds in the UK reported being always worried, with 66 per cent worried some or all of the time. Only 53 per cent reported feeling satisfied with their life, compared with 67 per cent on average for our OECD counterparts. And out of 71 countries who completed the wellbeing questions, children across the UK as a whole were 68th in terms of their satisfaction with life. Girls were 17 percentage points less likely to report feeling satisfied with life than boys.

Why are our teenagers feeling like this and what should be done about it?

There is always a frantic push to get all the PISA headline figures out on the same day across the world but, for the first time, the 2018 PISA data gives us a wealth of additional information that can help to understand the picture. In time.

The life satisfaction of 15-year-olds has declined in the UK at a faster rate than anywhere else, a 13 percentage point drop since 2015. It will be important to identify changes that might explain this through further work, but we can already anticipate some potential factors driving it.

For instance, we know that those who are disadvantaged are more likely to suffer with poor mental health. We also know that the numbers of children in poverty are rising.

To gain greater insight, we should also look at the pressures children feel they are under, from social media, harder exams, their own competitive mindset and fear of failure. Other issues include Brexit uncertainty and climate change.

Is the education system part of the problem? I can’t categorically say no, but when the influence of frequency of testing was looked into with the PISA 2015 data, it was found that children in England are not tested more frequently than the OECD average. In addition, analysis of 2015 PISA data found that frequency of testing was not related to students’ levels of school-related anxiety.

Even without the additional answers we need to understand what these numbers tell us, but we can be pretty confident the issue should not be put solely at the education sector’s door.

We know that there are things we can think about changing now. Only 57 per cent in England agreed that they had meaning or purpose in life. With curriculum the new buzzword, do we ensure all children are given the opportunity to explore the big questions of meaning and purpose? Does our curriculum have the breadth to support the development of diverse and valued skills? And can we do more to reduce the pressures adults put on children, be they socioeconomic or from competitive schools and parents.

Finally, we need to support those who are suffering. The Department of Health and DfE are working to ensure there is a designated senior mental health lead in all schools.

So while education is neither all of the problem nor all of the solution, there is plenty we can start to do now to ensure PISA 2021 reflects better on our care for our children.

NFER was contracted to carry out PISA 2018 in England on behalf of the Department for Education. However, this article has been produced solely by NFER and does not necessarily reflect the department’s view