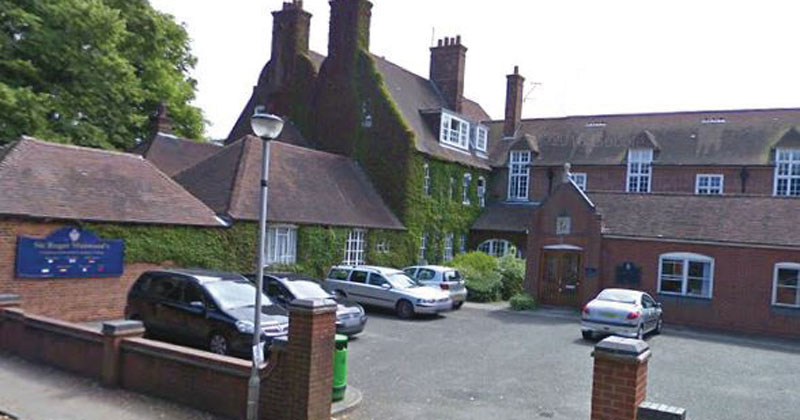 A Kent headteacher has told parents they will need to pay for their child to be part of the school’s sports team due to budget cuts.

Lee Hunter, head at Sir Roger Manwood’s School in Sandwich (pictured), wrote to parents to say the school had lost almost £700 funding per pupil over the past five years and could not continue “as we have in the past”.

He said that on top of measures already taken to ease the effects of the cuts, parents would “have to pay” if their child was in a sports squad. An enrichment programme would also be removed and A-level class sizes increased.

He urged parents to write to the chancellor, the education secretary, and their local MP to combat rhetoric that “the core education budget is the highest it has ever been”.

The letter comes as Meg Hillier, chair of the public accounts committee, said on Wednesday the government was under a “collective delusion” about the further savings schools were expected to make.

A report from the committee, also released this week, found the Department for Education (DfE) had no way of identifying if the quality of education was suffering because of efficiency savings.

In his letter, written to clarify “circulating rumours” about cuts to PE, Hunter laid out the reality of funding in his school since 2011.

About £440,000 earmarked for it as a specialist language, and maths and computing college had been removed; £273,000 special educational needs support had gone; and £1,000 lost for each sixth-former.

Parents would now need to pay for children to be in sports squads, as was the case “for after-school clubs in most primary schools”, Hunter said.

Government funding was insufficient for the sport teams to be “comparable to independent schools without parents paying for it”.

A spokesperson for Craig Mackinlay, Conservative MP for South Thanet, where the school is based, told Schools Week the MP had met with Hunter and was “fully aware of the school’s point of view”.

No one was asking the government to “u-turn” on its funding policy for schools, but “we need to consider why the school has felt the need to do this”.
A spokesperson for the DfE said the core schools budget had been protected since 2010, and school funding was at its “highest level on record” at more than £40 billion in 2016-17.

Under the planned national funding formula, Sir Roger Manwood’s would gain by 1 per cent, the spokesperson said.

A spokesperson for the Youth Sport Trust, a charity that campaigns for school sport and PE, said it was increasingly clear many schools were cutting back PE, especially at secondary school.

The government’s obesity plan says at least half an hour of exercise should take place in schools each day, she said.