Learning loss among poorer primary school pupils as a result of the pandemic has undone as much as two thirds of the progress made over the last 10 years in closing the disadvantage gap, a new government report has warned.

The Department for Education has today released the second and third reports from its research project assessing the learning loss experienced by pupils during Covid-19. The project is run by Renaissance Learning and the Education Policy Institute (EPI).

The findings are based on assessment data from Renaissance Learning’s star reading and maths assessments. The report states that overall “the characteristics of Renaissance pupils were similar to pupils nationally”.

1. Up to two thirds of disadvantage gap progress lost

Today’s full report warned that the relative lost learning for disadvantaged pupils in the first half of the autumn term was “equivalent to undoing between a third and two-thirds of the progress made in the last decade in closing the disadvantage gap in primary schools”.

It warned that given the further disruption of school closures during 2021, “it would seem likely that the gap could grow further”.

Today’s report, which re-estimated learning losses presented in the interim document, warned that disadvantaged pupils “have been amongst the biggest losers as a result of the pandemic”.

Researchers found that on average poorer pupils had lost around 2.2 months in reading at both primary and secondary level, and lost around 4.5 months in maths at primary level by the first half of the autumn term.

The research found that by the second half of the autumn term, primary pupils were beginning to make up some of their lost learning.

However, the subsequent lockdown in January restricted in-person teaching again, which the report states led to a regression.

As of October, estimated average learning losses for primary pupils was 3.7 months in maths and 1.8 months in reading.

These losses recovered slightly by December, to 2.7 months in maths and 1.2 months in reading.

But estimates for the latter half of the spring term saw pupils fall back to a similar level as before, with an average loss of 3.5 months in maths and 2.2 months in reading by March 2021.

However, the report also compared learning losses based on tests at any point in the spring term, not just the latter half.

4. No ‘significant’ change in secondary reading during autumn

In contrast to the slight improvement seen in primary pupils between the first and second halves of the autumn term, the project found “no statistically significant difference” among secondary pupils over the same period. 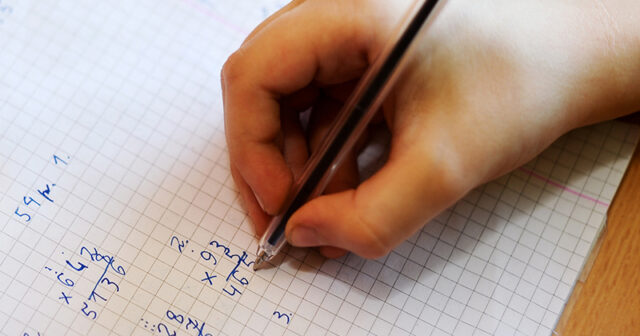 The average lost learning for secondary aged pupils in reading was around 1.7 months in the first half of the autumn term.

Due to the small sample of secondary age pupils, there is no analysis based on characteristics for that age group.