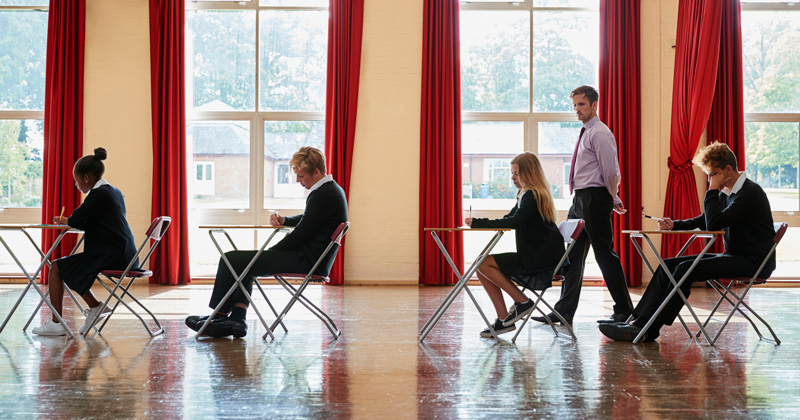 There have been 18,450 entries for GCSE exams being held this autumn for those who weren’t happy with their grades issued this summer.

But that number is likely to rise when entries in English and maths – which are routinely offered in the autumn and have a later entry deadline – are added to the data.

Following the U-turn on exams in August, which saw pupils issued their centre-assessment grades, pupils were given the option of sticking to those grades or sitting further exams in the autumn.

Today’s data release shows that almost 70 per cent of entries are from current year 12s, who would have been in their GCSE year last year.

The most popular subject in the data published so far is double science (3,950 entries), followed by English literature (2,805) and other modern languages (2,105).

Of the over 800 entries from pupils in years 10 and below, the majority (665) are in language subjects.

Earlier this month it was revealed that there had been more than 20,000 entries to autumn A-level exams.