School attendance rates vary hugely across England, new research has found, prompting concerns that pupils in some parts of the country are more likely to be left behind.

Analysis by the Education Policy Institute found that secondary school attendance rates in October ranged from 61 per cent in Knowsley in the north west to 94 per cent in the London borough of Kensington and Chelsea, in West Berkshire, and Bath and North East Somerset.

There is no way that it can be business as normal if a third of pupils were unable to attend school in some areas of the country, while in other areas attendance is over 90 per cent

The think tank warned today that the variations, which come on top of variable losses of learning during the lockdown earlier this year, will make it “incredibly hard” to implement a fair exam process next year.

Geoff Barton, the general secretary of the ASCL school leaders’ union, said the report should “ring alarm bells in government about the widely differing impact of Covid disruption on pupils because many of them will be taking exams next year”.

“There is no way that it can be business as normal if a third of pupils were unable to attend school in some areas of the country, while in other areas attendance is over 90 per cent. Of particular concern, is the evidence that the most deprived areas were more likely to have seen lower pupil attendance levels.” 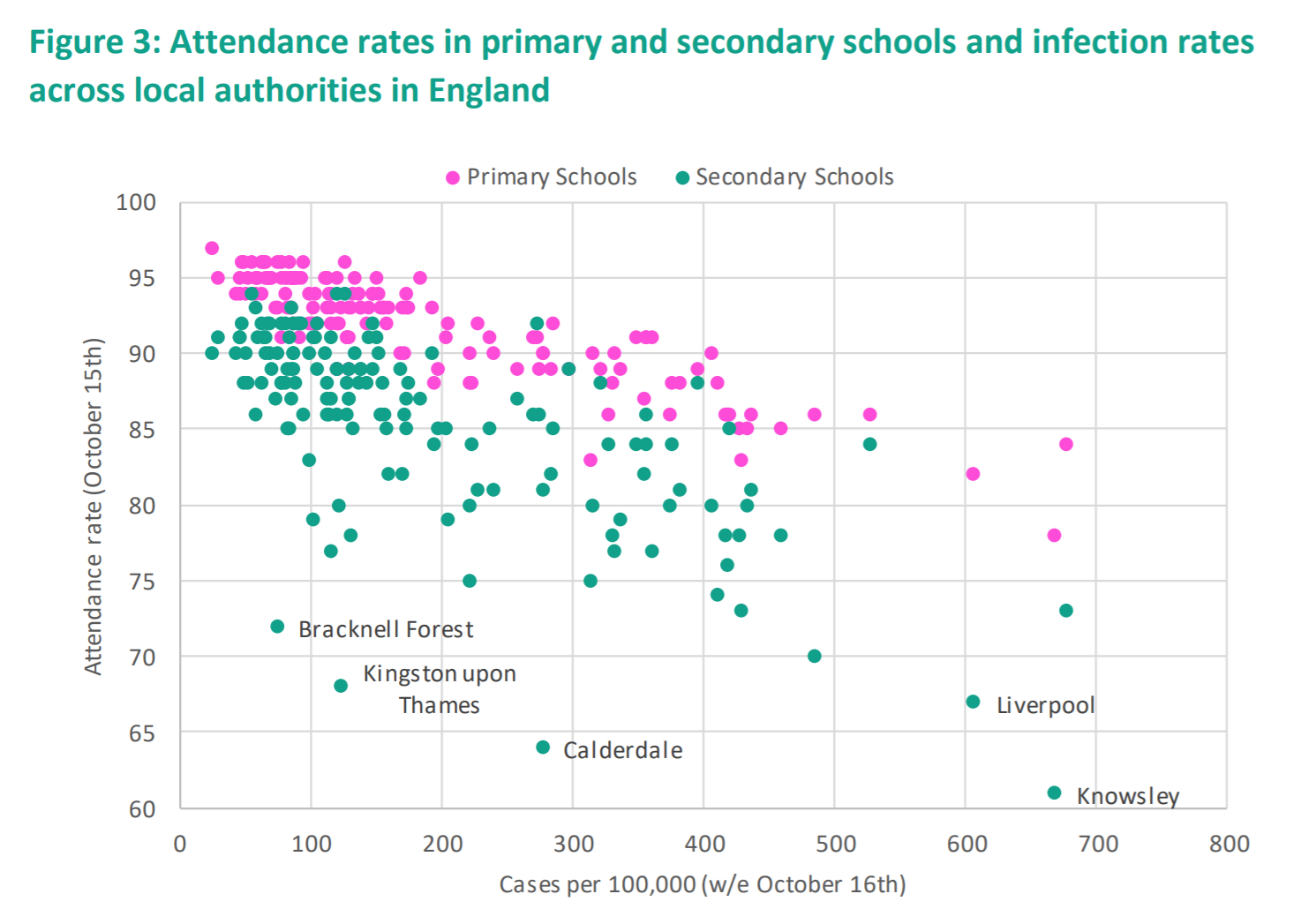 Schools reopened to all pupils in September after ministers announced they were safe. However, attendance has been gradually falling since the beginning of term as more and more pupils are forced to self-isolate.

The latest attendance figures, published on Tuesday, show that more than half of secondary schools now have at least one pupil self-isolating, while overall attendance has slumped to 86 per cent from around 90 per cent in previous weeks.

However, EPI’s analysis shows it isn’t just schools in areas with high infection rates that have reported low attendance levels.

The EPI today called on the government to publish more data on local school attendance rates on a regular basis.

“While school attendance figures vary considerably, emerging evidence suggests that it is the most disadvantaged and vulnerable pupils across the UK who are missing the most formal schooling following the reopening of schools,” said Luke Sibieta, the report’s author.

“Other UK governments should urgently follow Scotland’s lead and publish attendance rates by local authority and for the poorest pupils, so that we can track attendance rates into the winter and identify those pupils in need of extra support.”