The Department for Education and its agencies paid out over £6 million in performance-related bonuses in 2018-19, an increase of almost 7 per cent on the previous year. 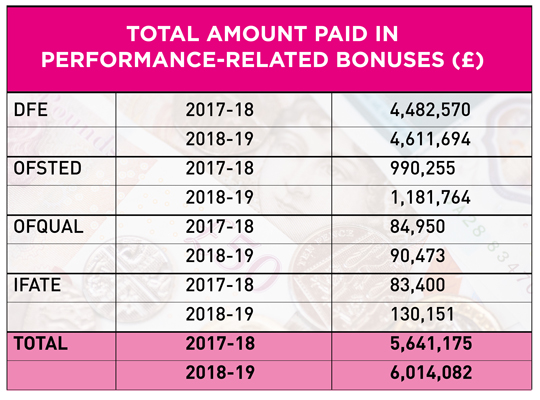 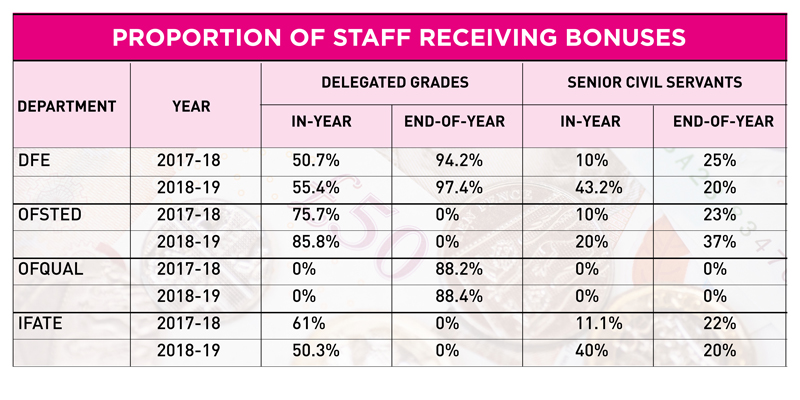 Forty-three per cent of senior civil servants – those at deputy director and above – received a payment in-year, up from just 10 per cent in 2017-18. The proportion of senior staff receiving end-of-year payments decreased from 25 per cent to 20 per cent.

At Ofsted, the proportion of those on delegated grades receiving in-year bonuses rose from around 75.7 per cent to around 86 per cent, while none received an end of year payment.

Twenty per cent of senior staff at Ofsted received in-year payments, while 37 per cent received them at the end of the year. This is up from 10 per cent and 23 per cent in 2017

The documents also show the maximum bonus paid by each agency, and it appears Ofsted was the most generous, handing out in-year bonuses of up to £5,000 to civil servants on delegated grades and end-of-year payments of up to £12,000 to senior civil servants, though this is down from £15,000 in 2017-18. 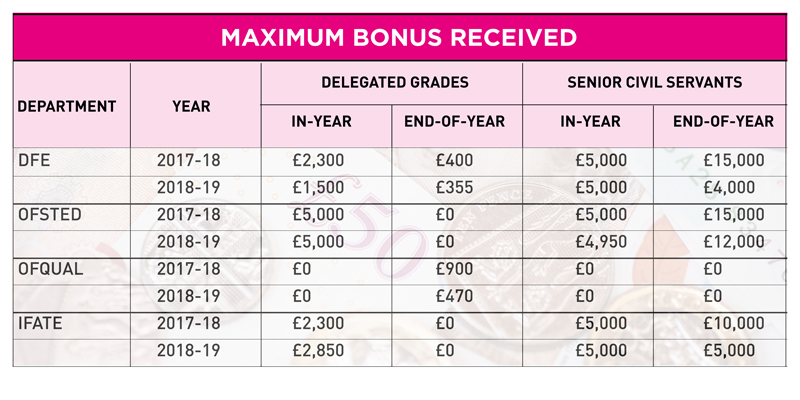