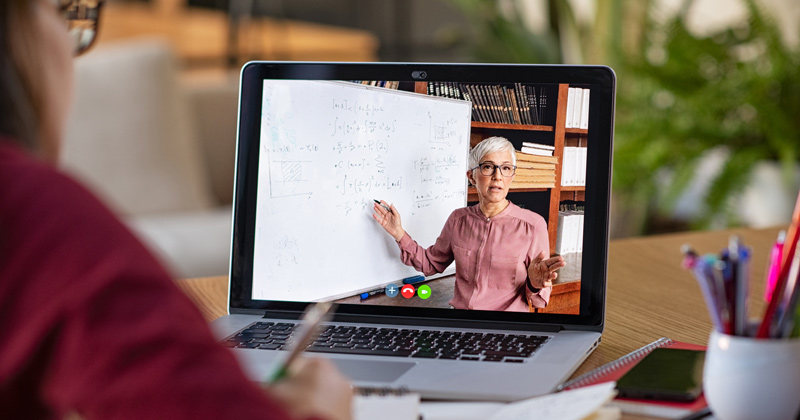 Ofsted will step in to inspect online schools as part of a new accreditation scheme after the government failed to find a commercial provider to do the job.

An online school accreditation scheme was approved last year following a consultation on plans for online providers to volunteer for inspection against measures similar to the independent school standards.

The scheme aims to provide assurances on the quality of education and safeguarding provision.

Ofsted’s estimate memorandum for the next academic year, which sets out the watchdog’s planned spending, revealed it will become the “quality assurance body” for the scheme.

The scheme was supposed to launch last September, but Schools Week understands the launch was delayed because the DfE could not find a quality assurance partner via a commercial process.

It comes amid fears over a growing number of online schools in England. The DfE said there were more than 20 full-time online providers.

While these offer a full curriculum and represent a child’s main source of education, they are currently unregulated.

Ofsted said the Department for Education was “looking at how children, parents and local authorities can be assured of the quality of education and appropriate safeguarding arrangements through an online schools accreditation scheme”.

Scheme to finally launch in September

Schools Week understands the scheme is due to be launched this September, a year later than originally planned.

The government is set to provide funding in 2021-22 to cover Ofsted’s costs for “developing and implementing the inspection framework” for online schools. However, it is not yet known how much money has been provided.

Under the scheme, online schools that are inspected by Ofsted and meet the grade will become accredited providers.

The scheme is only applicable to providers operating “online-only on a permanent basis”, the DfE said, and would not include any schools delivering remote education because of the pandemic.

The inspections would take place every two to four years and reports would be published online.

The memorandum also revealed that Ofsted’s budget is set to increase by £2.5 million.

This includes a £1.5 million funding injection to support the watchdog inspecting and investigating unregistered schools.

This was previously part of the DfE’s budget with Ofsted invoicing the government for the cost of undertaking the work.

A further £800,000 will be provided to fund investigations and inspections of unregistered children’s social care providers.