Ofsted has admitted visits under its new education inspection framework (EIF) are “demanding” for school leaders, especially those in small schools, during its first evaluation of the system.

The schools watchdog introduced the EIF in September 2019 before being forced to suspend regular inspections the following March due to the Covid-19 pandemic.

However, within those six months Ofsted conducted 3,250 school inspections. This included 2,900 full inspections and section 8 visits to good and non-exempt outstanding schools.

In addition they completed 7,300 ‘full’ early year register inspections and over 200 further education and skills inspections.

This morning Ofsted released the findings of its first evaluation of the EIF based on a “small-scale study” and survey of small school leaders.

These are the main findings.

Ofsted said it was “clear that being inspected by Ofsted under the EIF is demanding for leaders”.

However, survey responses reflected that the process was seen as “demanding but fair” , with one leader commenting it was “the fairest inspection process I have experienced as a headteacher”.

The watchdog said other leaders had experienced a “more open approach from inspectors under the EIF” which led to a better professional dialogue.

Before the pandemic, some leaders challenged the watchdog over the new framework, including through the #PauseOfsted campaign. Critics questioned whether the inspectorate’s performance metrics were “assessing at the wrong level”.

In addition, a report from Policy Exchange found schools running three-year GCSEs were more than twice as likely to be rated ‘inadequate’ under the framework.

This prompted former education secretary Baroness Morgan to warn Ofsted must not “undermine” academy freedoms “by the back door”.

2. Confusion over use of attainment data

Ofsted no longer considers providers’ non-statutory and internal progress and attainment data during inspections, instead placing more emphasis on curriculum.

It found school staff “had noticed this shift” and it reduced unnecessary workload with some reporting the new approach enabled “better and broader conversations about the curriculum to take place”.

However a “small number of leaders and staff” reported the “pendulum had swung too far away from considering attainment”.

There was an incorrect perception among some that Ofsted no longer considers’ pupil attainment at all.

The EIF moved away from discussions just with headteachers and involves more time with teachers, curriculum leads and middle leaders.

While formal feedback is provided to senior leaders at the end of inspection, Ofsted found some middle leaders involved in the process “expected more feedback than they had received”.

Some curriculum leads noted valuable professional dialogue with inspectors, while others felt they were not receiving enough informal feedback throughout the inspection.

Ofsted also found some staff who did not receive direct feedback during the inspection “were left feeling a bit worried”.

“In general, when teachers, curriculum leaders or headteachers did receive feedback directly, they were extremely positive about the experience – even when they were disappointed by the feedback and final judgment”, Ofsted added.

Ofsted’s shift away from discussion with headteachers placed a number of “logistical demands” on small schools where middle and senior leaders also spend time teaching.

Some leaders reported staff had been “somewhat overwhelmed” by the amount of time the inspector had been with them during inspection.

Ofsted surveyed small schools to establish if they thought two days on site with one inspector, or one day with two, would be better.

But there was “no real consensus” on the preferred model. 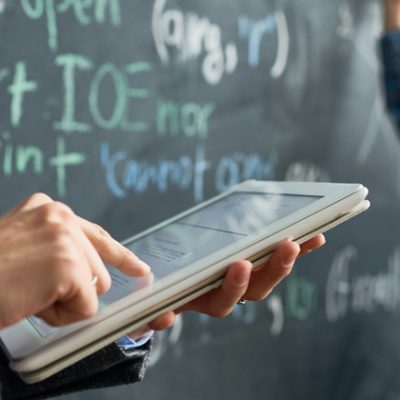 Ofsted explained it new style of reports brought in under the EIF “are written with parents in mind”, while the previous reports were aimed towards schools.

This meant “some senior leaders we spoke to felt that the report was now too short to cover the depth and breadth of the inspection adequately”.

In addition, some curriculum leaders expected “more detail” about their subjects in the final report.

Under the EIF inspectors use a “deep-dive methodology” to evaluate the quality of education. This involves assessing a range of evidence across different subjects “in order to draw conclusions about the overall curriculum”.

This methodology was “generally welcomed” by the sector with one schools curriculum leader stating it was “oddly pleasurable in the fact you could talk about your subject and showcase what we were doing”.