Headlines today are focusing on Ofsted’s disappointment at schools over the progress of ‘most able’ students.

Having a go at schools is an easy soundbite. It gets onto tv, it gives teachers a ‘kick’, it plays well to people who feel their child’s genius isn’t adequately recognised.

But the soundbite misses out the 34 pages of Ofsted’s report, which highlight useful extra lessons and shows what schools are doing really well.

So, we’ve dug down to find them for you.

1. In many cases mixed ability classes were found to be successful

The report clearly states that in “many cases, particularly in foundation subjects, students in Key Stages 4 and 5 were successfully taught in mixed ability classes”. This was sometimes due to small pupil numbers, but says it shows teacher quality not necessarily affected by ability mix.

2. The most able students appear to do best when there are more of them in a school. 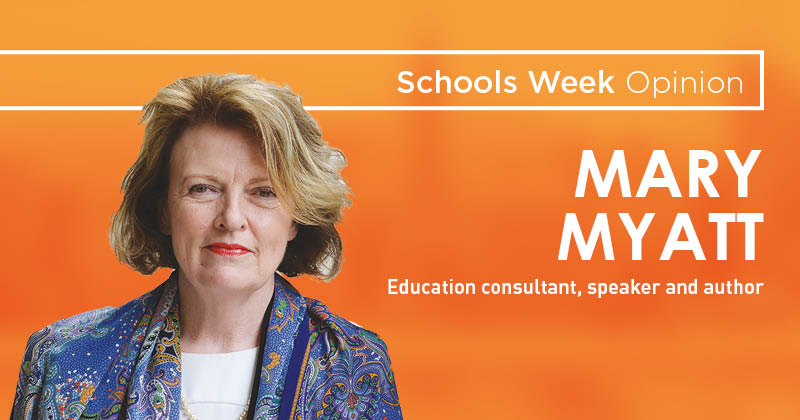 READ MORE: Why we should stop ability setting in schools

In schools where there are few most able students, they perform considerably less well. This seems like it should support the idea of grammar schools. Except, one could argue that grammar schools cause there to be fewer able students in non-grammars. Also…

3. Of the 500 disadvantaged students in Kent, only 2% go on to attend a top university. In Manchester, this rises to 9%.

The report doesn’t say it, but Kent is a grammar school area. The conclusion one could draw from this is that it might be better to have a core of most able students in all schools, rather than push them into one place and spread thinly across the others.

4. In 16 schools students thought behaviour was not as good in mixed ability classes.

Annoyingly, it doesn’t say which students were asked. Or if students in the other 24 schools thought it was better in mixed ability classes – or merely equal. This matters because pupils in lower ability sets are more likely to be put in a setted class with worse behaved students. Hence, while mixed ability classes may feel worse in behaviour terms to a student used to a ‘top’ set, it will likely feel calmer to a student from a ‘low’ set.

5. Only 1/3 of schools visited are using pupil premium for the most able

This is surprising because the pupil premium funds are supposed to be for every learner on free school meals regardless of their prior ability. What’s not clear is whether these schools simply don’t have poorer learners who are also designated as high ability. If they do, and they’re not using the money as expected, that’s quite serious.

The report states: “teachers not teaching their main subject or sharing classes or leaders focusing the skills of their best teachers disproportionately on the upper key stages, are also influential”. This is important. Hardly anyone ever mentions the effect of split classes and second-subject teaching, but they’re a real issue. Will anyone notice this and do anything about it though? Unlikely.

It would have been nice to have a list of ‘less common ways’.

8. About a third of secondary schools had over 30 feeder primary schools – which made transition difficult

This is an extraordinary statistic. One of Ofsted’s complaints is that pupils who achieve highly at primary often do not go on to achieve well at secondary. Part of this is due to repetition of topics and insufficiently difficult work at key stage 3. But faced with such a diverse intake – what are teachers to do other than go over topics and ensure understanding? No answers are given.

9. Only 44 out of 130 schools had a designated SLT with responsibility for high-ability learners; only 16 designated governors

Again, it didn’t say how many schools had designated school leaders or governors for other groups. So it could be that having responsibilities for groups is no longer in vogue. More likely, however, is that people are very focused on poorer students who receive pupil premium than they are on high ability students.

10. One headteacher thought that introducing support for high ability learners would be “a bit elitist”

This is why advocates for high ability learners get so annoyed. As another teacher says in the report – there is sometimes a confusion between “excellence and elitist”. However, when a head must support every child in their community, it does become difficult to promote one group over another. The report is more sensitive to this than headlines today have sometimes suggested.

11. Support and guidance for students about university applications is still fragile.

Only a third of schools employ dedicated staff to support students with uni application; and many schools did not provide extra support to students on pupil premium or are first generation university applicants – even though research suggests they need it most.

8 Things You Might Have Missed In Ofsted’s Annual Report

Ofsted reliability will be tested by double inspections