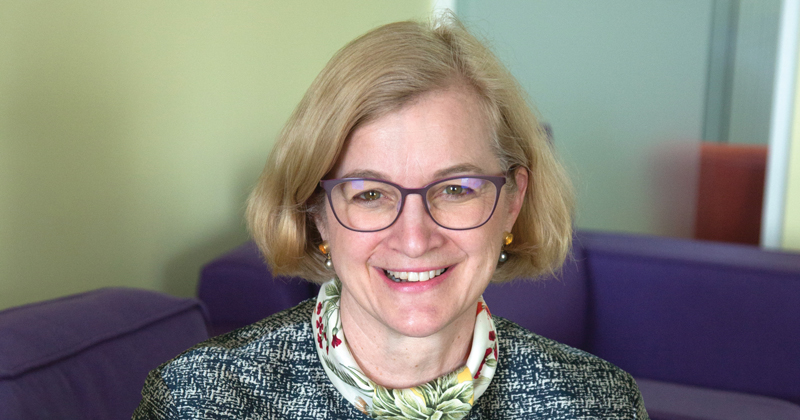 The chief inspector of schools has not visited a sufficiently “diverse” range of nursery provision, according to critics, after official figures revealed five of the six early-years visits she made in one year were to schools.

Amanda Spielman told the told the Pre School Learning Alliance annual conference on June 1 that she had “had the privilege of visiting some excellent early-years settings and have seen first-hand what you do”.

But information obtained by early-years expert and education author Sue Cowley shows Spielman visited just six settings between June 2017 and June 2018, and five of those were based in schools. Furthermore, three of the six visits all happened on the same day.

Cowley was “surprised” to discover that Spielman has made so few visits, which she claimed does not take into account the “diversity” of the sector.

“There’s a sense of a mismatch between what she’s saying and the reality,” she said. “Ofsted have said they have a strong focus on early years, so I would have expected more. She should see the diversity of provision. It’s a very diverse sector and it’s under a lot of funding pressure, but there is a lot of great practice going on that should be celebrated.”

Neil Leitch, chief executive of the Pre School Learning Alliance, said it was “worrying” to learn that so many of Spielman’s visits had been “limited to nursery schools”, and expressed “hope” that Spielman would “take the opportunity” to visit other providers.

“Given that the vast majority of parents send their children to private and voluntary nurseries, pre-schools and childminders, it would be reasonable to expect a chief inspector’s interactions with providers to reflect this,” he said.

“Over recent months, Ofsted has made a number of interventions on what it feels constitutes good early years practice, from the need to do more to ensure children are ‘school-ready’ to the importance of toilet-training – but clearly, such views need to be based on a comprehensive understanding of how the whole sector operates, not just one small part of it.”

“This includes speaking events and regular meetings with sector leaders, as well as visiting providers across all Ofsted’s remits.”

All six settings visited by Spielman were rated ‘good’ or ‘outstanding’, although two had not been inspected since the summer of 2013, and two since May 2014.

Spielman also attended LA-maintained schools Broadhurst Primary School in Manchester and Bemrose School in Derby. Busy Bees Nursery in Bromborough was the only standalone nursery she visited over the course of the year.