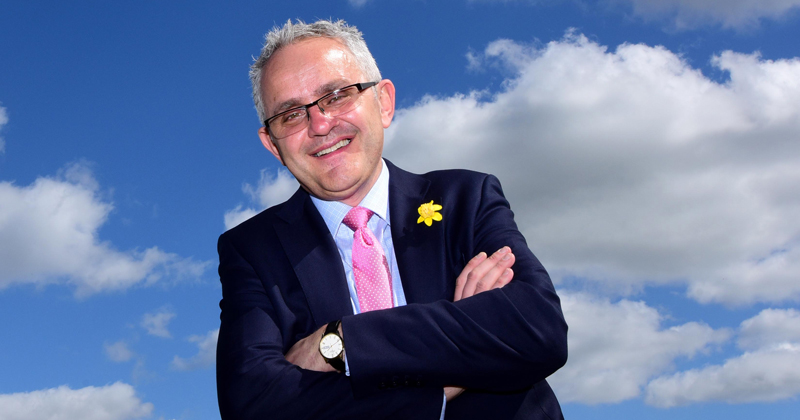 A leading headteacher who had a sexual relationship with a former pupil will not be banned from teaching, the government has ruled.

In a decision notice published today, the Teacher Regulation Agency said banning Tomsett,  headteacher of Huntington School in York, would “clearly deprive the public of his contribution to the profession for the period that it is in force”.

Last month, a TRA panel found Tomsett not guilty of unacceptable professional conduct, but ruled that his actions may have brought the teaching profession into disrepute.

He faced allegations said to have taken place between 1990 and 1992, when he was employed as a teacher at Eastbourne Sixth Form College.

In the decision notice, Alan Meyrick, who made the decision on behalf of the education secretary, said he had given “given considerable weight in my consideration of sanction, to the contribution that Mr Tomsett has made to the profession”.

“The panel state clearly that it, ‘was very clear in its finding that it is not professionally acceptable for a teacher to enter into a romantic or sexual relationship with their former pupil shortly after that pupil has left school or college’.

“The panel is also clear that there is considerable evidence of Mr Tomsett’s, ‘positive commitment and contribution to the wider educational sector’. For all of these reasons, and the fact that the panel say that ‘the nature and severity of the behaviour is at the less serious end of the possible spectrum’, I have concluded that not imposing a prohibition order is proportionate and in the public interest in this case.”

Meyrick said he had considered the extent to which a ban would protect children, after the panel ruled that it “does not consider that current pupils are likely to be exposed to or influenced by this behaviour in a harmful way”.

A City of York Council spokesperson said: “The governors will now meet to consider next steps. It would be inappropriate for us to pre-empt these discussions or comment further.”