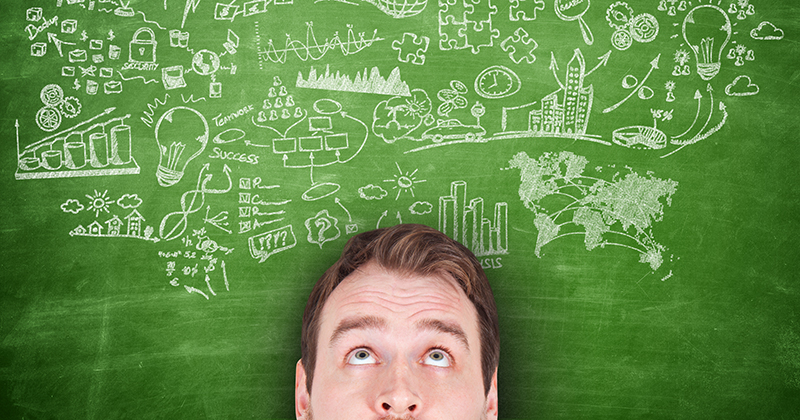 The results of a large-scale survey of teachers and leavers reveal problems with key government policies such as the EBacc and efforts to cut workload.

The DfE’s annual school snapshot survey, which included over 750 interviews with school leaders and 1,000 with classroom teachers in the summer of 2018, has been published today.

1. The EBacc is in trouble

The vast majority (92 per cent) of secondary leaders said they struggled to recruit teachers for at least one of the five EBacc subject areas, with around three-quarters reporting difficulties hiring in science and maths. Fifty-six percent said it was difficult to recruit modern foreign languages teachers, while 52 per cent found the same for English teachers.

The government’s ambition for the EBacc is to have three-quarters of year 10 pupils studying eligible GCSE subjects by 2022, rising to 90 per cent by 2025. However, estimates from the survey suggest that just 48 per cent of pupils will be studying EBacc subjects in 2019. Just over half of all secondary school leaders said their school currently had the capacity to meet the Ebacc ambition.

The computer science GCSE was introduced in September 2016, but has had a difficult start to life after it was criticised by experts and made exam-only after tasks from tests were leaked online.

Although 87 per cent of secondary leaders said they offer the new computer science GCSE, 17 per cent of those said their teachers were not confident at teaching it.

This is a particular problem in more deprived schools. Forty per cent of leaders from schools with the highest proportion of children on free school meals reported they were not confident with the new GCSE, compared with 12 per cent on average at all other schools.

3. Most teachers don’t want to be heads

The survey found that 69 per cent of teachers do not aspire to be a headteacher, with just 23 per cent stating it as an ambition.

Men were more likely to aspire to headship, at a rate of 33 per cent compared to 20 per cent among women. Rreasons given for not wanting to be a head included concerns about work-life balance and a desire to stay in the classroom.

A massive 91 per cent of teachers reported there were barriers to accessing effective continuing professional development (CPD).

Cost was the most common reason, followed by having insufficient time to take up CPD.

5. Teachers and leaders disagree on behaviour

The survey highlights a big gap in the strength of feeling about behaviour between school teachers and leaders.

Although nearly all leaders (95 per cent) said pupil behaviour was good, only 72 per cent of teachers agreed.

Meanwhile, just four per cent of leaders were not confident in their school’s ability to deal with challenging behaviour, compared to 15 per cent of teachers.

The survey shows a promising response to period poverty, with 83 per cent of secondary school leaders saying their school provided free sanitary products to pupils. Sixty-five per cent provided them on a case-by-case basis when needed, while 18 per cent providing them to all pupils.

The most common reason for providing free sanitary products was because students need them on an “emergency basis” (96 per cent).

However, 38 per cent of school leaders said they were provided because pupils reported they cannot afford them, and over a quarter (27 per cent) said they believed pupils were missing school because they could not afford sanitary products.

More than half the leaders in schools with the most children eligible for free school meals said they provided sanitary products because pupils have said they cannot afford them (57 per cent) or because they were concerned pupils were missing school as a result of not being able to afford them (51 per cent).

The majority of teachers (74 per cent) said they are equipped to identify behaviour linked to a mental health issue, with 69 per cent saying they know how to help pupils access support in school.

However, 30 per cent did not feel they had access to specialist support if they needed it for advice on pupils’ mental health, and the same proportion did not know how to help pupils access specialist support from outside of their school.

When asked whether actions their schools had taken to address workload had made it more manageable, half of all teachers and leaders said there had not been a positive impact.

Forty per cent said it had become “a bit more” manageable, while seven per cent found it was a lot more manageable.

The three most commonly reported actions by leaders for reducing workload were consulting with staff in ways other than a survey, reducing or changing marking and reviewing or updating school policies.

In September 2014, the government scrapped national curriculum levels, which had been used to report on attainment and progress.

Nearly all school leaders said their school had partially or fully developed their new assessment system since the removal of levels (94 per cent).

However, 51 per cent of leaders and teachers felt their assessment-related workload had increased, while 43 per cent said it was broadly the same.