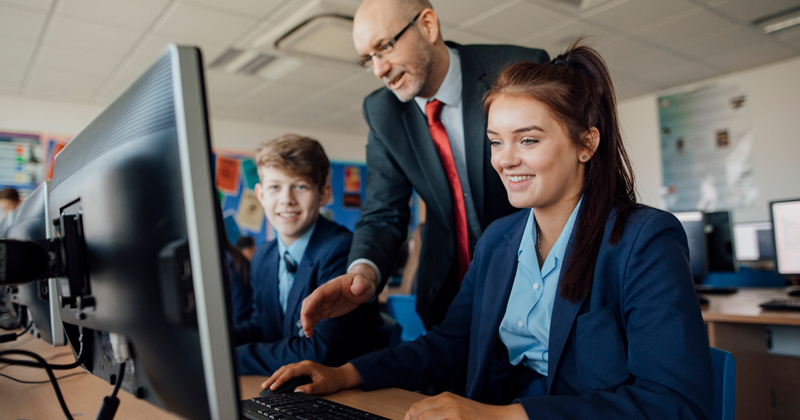 Computing experts have questioned the future of the subject in schools after Ofqual launched a consultation on plans to remove coursework from the computer science GCSE.

The exams regulator admitted it no longer believed that it was possible to use non-exam assessment (NEA) to assess programming skills in a way that was “manageable, reliable and fair”.

The 20-hour supervised coursework element of computer science still exists, but was removed from counting towards grades in 2019 and 2020 after tasks were leaked online and downloaded “thousands of times”.

In a consultation that runs until December 3, Ofqual now proposes that GCSE computer science become a permanent exam-only subject. The changes would come into effect for pupils starting their courses in 2020 and sitting exams in 2022.

But Leon Brown, a software developer, said that exams were “a useless way to assess people’s programming skills”.

“There can be many ways to solve one problem with code – a written exam introduces human bias from the examiner to mark valid code as incorrect,” he told Schools Week.

In practice, programmers often spent time researching the best way to tackle a problem online, Brown said, and pupils needed to learn how to adapt their knowledge for different problems rather than memorising particular code patterns ahead of a test.

“It would be more beneficial to have an informal interview to discuss a student’s understanding of programming concepts,” he said.

However, Miles Berry, a principal lecturer in computing education at Roehampton University, said the current situation was “literally pointless” and that Ofqual’s suggestion  was “undoubtedly a change for the better”.

“That said, I’m disappointed that Ofqual’s proposals offer little scope for assessing programming as a creative discipline: if open-ended project work is robust enough for A-level and degree work, why not GCSE?”

Drew Buddie, a computer science teacher and former chair of Naace, the education technology association, described the format of the existing GCSE as “irreparable” and in need of “a root and branch re-evaluation”.

If the government wanted to pursue an exam-only route it should reconsider the iGCSE, which it previously ruled out of counting towards schools’ Progress 8 scores.

The computer science iGCSE had no coursework and was widely favoured by private schools, he said, as it avoided the “box-ticking” exercise of the NEA, which was a “massive disadvantage to children in state schools”.

Sally Collier, the chief regulator at Ofqual, said she wanted to “encourage innovation” under the new proposals, which included giving exam boards discretion over the form of exam assessment they offered.