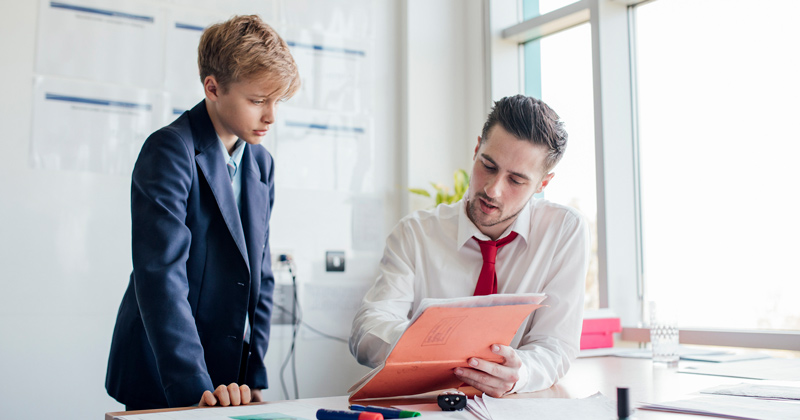 Schools are failing to meet their legal obligations to teach religious education (RE), a new poll from the National Association of Teachers of Religious Education (NATRE) has found.

Schools in England are legally required to teach RE, but NATRE found there were a number of challenges which meant pupils were not getting access to the education they need. Here are five key findings from the survey.

Nearly a third – 31.7 per cent – of respondents said they parents had withdrawn their children from RE in their school.

Of those who had a reason for the withdrawal, 21 per cent cited curricular reasons, such as wanting their child to spend more time on a different subject.

Maintained schools saw more reluctance among parents, with 42.6 per cent of respondents saying they had experienced parents withdrawing pupils from religious education in their school, compared to 33.5 per cent of academies without a religious character.

Three quarters of respondents said that RE was taught in their school by teachers who spend most of their timetable teaching another subject.

In 36 per cent of cases, more than one in five lessons is taught by teachers who usually teach another subject. Respondents cited a lack of RE specialists as the reason.

“Even though the government finally reintroduced bursaries for teachers training in 2018-19 to teach RE, these bursaries were significantly below the value offered to those training to teach other subjects.”

3. Academies aren’t as good at meeting their obligations

Fifty per cent of respondents from academies said their school did not meet their legal or contractual requirements to teach RE, compared to 40.3 per cent of those working in maintained schools.

The situation in academies is similar when compared with 2015-16 data, which was also at 50 per cent, but maintained schools has seen a rise from 34 per cent.

4. A decrease in the amount of teaching in RE

Meanwhile, 18 per cent said there had been an increase.

Sixty-four per cent of teachers reported that year 11 pupils at their school did not receive any RE teaching. The figure was 59 per cent for year 10.  RE is an optional subject at key stage 4.

Ben Wood, NATRE chair, said: “RE is a vital part of the curriculum, giving pupils the chance to learn about the people in the world around them and providing them with the opportunity to discuss and debate important questions.

“To deny pupils this chance means pupils are missing a crucial part of their learning, something every pupil in every school is entitled to receive.”