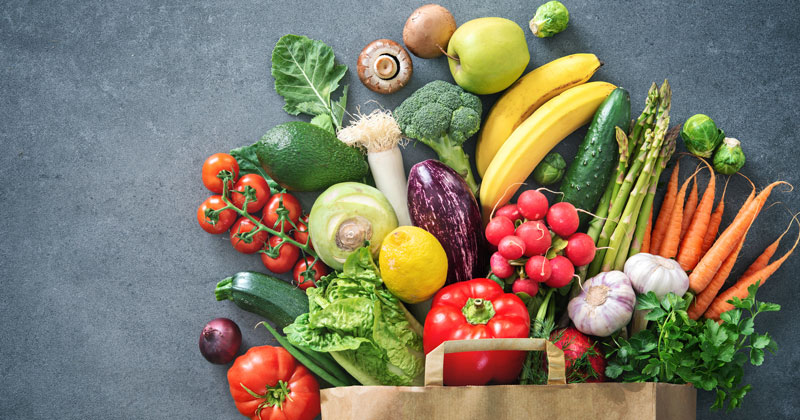 A government-commissioned report has recommended a raft of measures for schools to improve pupil nutrition and food education.

In it, the strategy recommends schools be “required” to work with accreditation schemes on the way they teach cookery and nutrition and provide food to pupils, calls for the reinstatement of the food A-level, and urges government to pay for pupils’ ingredients used in schools to cut down on “waste” and “stigma”.

The document also calls for a new “sugar and salt reformulation tax”, which would net up to £3.4 billion a year for the Treasury, some of which would be used to expand free school meals eligibility.

Environment secretary George Eustice said the government would “carefully consider” the report’s conclusions and “respond with a white paper within six months, setting out our priorities for the food system”.

Here are the report’s recommendations for schools.

Under a proposed new “eat and learn” initiative, which would have its own team at the Department for Education, the government should “require schools” to work with “accreditation schemes” such as Food for Life to “improve food and food education in schools”, the report said.

These schemes would also “provide training and support for leaders and staff”.

As an “absolute minimum”, to achieve bronze certification, schools should be required to account for how school food funds had been” adequately spent” and fully comply with the school food standards and government buying standards for food.

They would also have to demonstrate that the food and nutrition curriculum was being met and “ensure their catering staff are adequately trained to deliver quality meals”.

2. Reinstate food A-level and require subject lead in every school

Although the curriculum states schools should attempt to instil a “love of cooking in pupils”, today’s report warned that food tech “remains a second-class subject – a fun but frivolous distraction from the real business of learning”.

The food A-level should be reinstated, the report recommends, because its scrapping in 2016 meant pupils interested in food and nutrition “are cut off at the educational pass”, and has also “led to an inevitable slump in the number of cookery and nutrition subject leads”.

Every school – primary and secondary – should be “required to have a cookery subject lead”, and “sensory food education” should be added to the curriculum for nursery and reception classes.

The government should also ensure there are “sufficient training places, bursaries and recruitment strategies in place to address the current shortage of food teachers in secondary schools”.

3. Inspect cookery with ‘same rigour’ as English and maths

Ofsted should also publish a research review into food and nutrition like it has recently started doing with other subjects, the report said.

The report recommends that government should pay for ingredients pupils use in cooking at school, at a cost of £124 million a year.

The current system “leads to waste”, because it is “hard for parents to buy ingredients in one-portion quantities”, and to “stigma” for children whose parents “struggle to afford them”.

Funding for the school fruit and vegetable scheme, which entitles every child in England aged four to six to a piece of fruit or vegetable each day, should be doubled, from £40.4 million to £80.8 million a year, the report said.

But the government should give the money directly to schools “rather than administering the scheme centrally”.

“This will allow schools to procure higher quality produce from local suppliers.”

Part one of the national food strategy called last year for eligibility to be extended to the children of everyone on universal credit, at a cost of £670 million per year.

However, today’s report said given the increase in the number of people eligible for universal credit since the beginning of the pandemic, implementing its previous call would now cost £790 million “at a time when the public finances are already under extreme pressure”.

The strategy “therefore revisited the figures on food insecurity”, and concluded that increasing the earnings threshold to £20,000 before benefits “would ensure that 82 per cent of children in households with ‘very low food security’ (as defined by the government) – would be eligible for free school meals, and 70 per cent of those with ‘low food security'”.

Such an extension would mean 1.1 million more children would be eligible.

However, even this “modified ambition” would be “expensive”. The average annual cost over three years would be £544 million.

This year the government has rolled out its holiday activities and food programme nationally and to cover the Easter, summer and Christmas holidays. It had previously been piloted in a small number of areas during the summer only.

However, the future of the programme beyond 2021 is still unknown, despite calls for multi-year funding from those experienced in delivering such schemes.

Today’s report calls for the programme to be funded to run for “at least the next three years, or until the next spending review”, and for free places to be extended to all pupils who would become eligible for free school meals under the recommended increase in earnings threshold to £20,000.

Over three years, the average annual cost to deliver the recommendation is £449 million, more than double the £220 million allocated by government for this year.