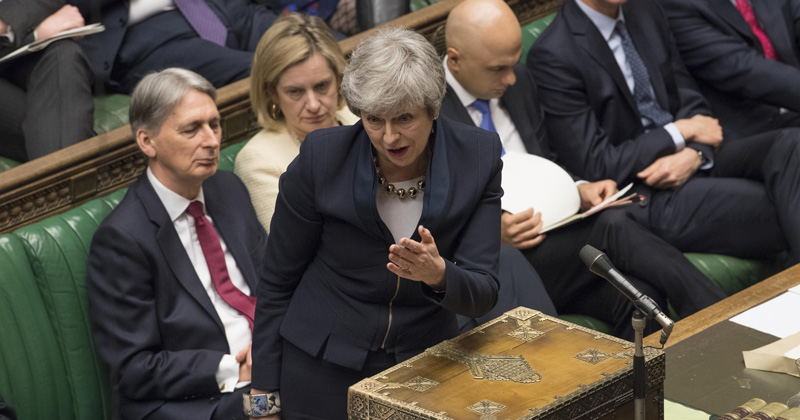 Senior government ministers, including the prime minister, keep peddling the “misleading” line that “more money than ever before” is going to schools, despite mounting condemnation from the statistics watchdog.

Theresa May, Damian Hinds, the education secretary, and Nick Gibb, the schools minister, are all repeat offenders, continuing to boast about the “record” levels of funding for schools.

The National Education Union (NEU) said the continuing ministerial claims were “shameful”, while a headteacher at the helm of a school funding campaign said they “breach confidence and fuel discontent and frustration”.

In October last year, the head of the UK Statistics Authority (UKSA) warned of “significant concerns” about the Department for Education’s use of statistics.

One of those related to the claim there is “more money going into schools than ever before”. While the UKSA took aim at the spending figures being “exaggerated” in a graph that had a truncated axis, the claim has been widely discredited by others.

However, a Schools Week analysis of Hansard records show that Gibb continued to claim record levels of funding a further four times in the Commons, while May used it three times and Hinds twice. Seven other Conservative MPs have also used the claim at least seven times.

The DfE came under fire again on Thursday last week when the UKSA demanded it publish a comprehensive set of official school funding figures.

In response to our analysis, Dr Mary Bousted, the NEU’s joint general secretary, said: “It is quite shameful that ministers are repeating a line that they know is misleading and does not address the actual woeful shortfall in school funding.”

Bousted said their promises showed that efforts to portray the school cuts campaign as “the work of scaremongering fantasists” was unfounded. “It is a critical policy matter for anyone wishing to succeed in the current leadership contest.”

In a debate on education funding on November 13 – one month after the UKSA wrote to the DfE – Hinds twice boasted about the government’s record levels of funding. This was also echoed by Gibb in the same debate.

In three other debates in consecutive months between January and March this year, Gibb claimed “more money is going into our schools than ever before”.

Hansard analysis also showed that last month in the Commons May claimed three times that “record funding” and “more money” had been given to schools.

Jules White, a headteacher who leads the Worth Less? school funding campaign, said: “Over several years the Worth Less? campaign has been using clear-cut facts to inform parents about the chronic underfunding and severe real term cuts that our schools are facing. By contrast, the DfE has been selective and evasive regarding the reality of the situation and the huge problems that have been created.”

A survey of more than 1,900 headteachers, commissioned by Worth Less?, found that 99.2 per cent of heads did not trust what the DfE had to say about school budgets.

In its latest letters sent to the DfE last week, the UKSA said there were still “concerns with the presentation of school funding figures”, despite improvements to the “technical accuracy of statements”.

The department was now “considering the potential for publishing regular official statistics on school funding” after the UKSA’s concerns that a lack of “trustworthy data source” risked “undermining the perceived trustworthiness of those making the statements”.

A Department for Education spokesperson said: “The UK Statistics Authority has not asked the department or its ministers to refrain from claiming ‘there is more funding than ever before is going into schools’. To suggest they have would be misleading.”