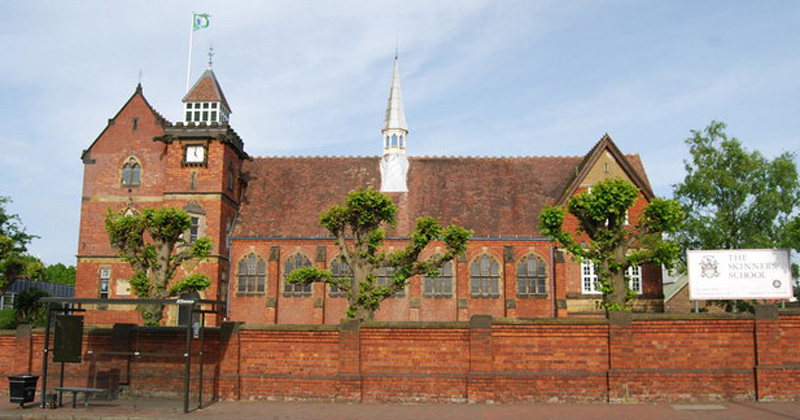 A grammar school has deleted a controversial clause in its registration form that made parents agree their child could be kicked out if the headteacher thinks it “desirable”.

The Skinners’ School in Kent required the parents of prospective pupils to sign a registration form allowing governors to withdraw their child if they decided via “a report from the headmaster…that such withdrawal or transfer is desirable”.

The finding, reported by the Kent Independent Education Advice blog earlier this week, raised concerns the school was using unlawful exclusions to move pupils on.

It is illegal for schools to exclude pupils for non-disciplinary reasons, such as additional needs or low academic attainment.

But Edward Wesson, the head of Skinners, said the clause was an “error on behalf of the school. It’s a bit of a blip that needs eradicating”.

The second page of the registration form includes five clauses that require parental agreement if their son is admitted to the school.

One said that pupils must “remain in attendance at the school at least until the end of the school year . . . in which he reaches the age of 16”.

Wesson, who has been at the school for six years, said until the report on the Kent blog he had only checked the form’s front page before sending it out.

He said the clauses have now been deleted. No parent had complained, but he said he would apologise for the mistake at a parents’ evening later this month.

Most of the forms for pupils starting this September have been returned.

Wesson also said the clause had never been used during his time at the school as it had never off-rolled pupils.

But a Department for Education spokesperson said it would “look into this further”, adding any “unofficial exclusions are unlawful regardless of whether they are done with the agreement of parents or carers”.

Skinners is not the first school to get into trouble over admission rules.

Schools Week reported in March 2015 that the state secondary school selected by David Cameron and Michael Gove for their daughters appeared to have breached admission laws by asking parents for money when offering them a place.

Parents at The Grey Coat Hospital, in Westminster, central London, were asked for £96 when joining year 7 of the school, or £120 for school funds in the sixth form.

The admissions watchdog also censured Camden School for Girls for including a letter about donations with its acceptance forms.

An Ofsted spokesperson said: “We expect schools to comply with the law, and follow relevant statutory guidance in relation to the admission and exclusion of pupils.

“Any agreement with parents does not change the duties and responsibilities placed on publicly funded schools.”

The DfE said admission policies must be clear and fair, with parents able to raise objections with the schools adjudicator.