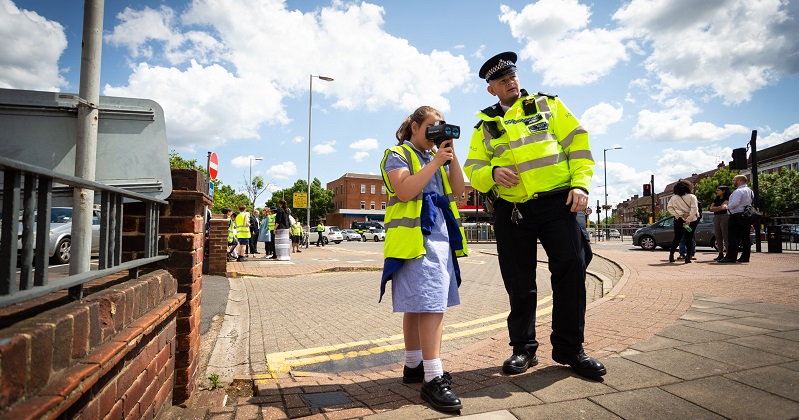 Drivers who speed near primary schools could find themselves scolded by pupils as part of a new police initiative in London.

The Junior Roadwatch scheme involves drivers who are caught speeding and pulled over by police officers being given the option of receiving a fixed penalty fine and points on their license, attending a speeding awareness course or being told off by children and a council staff member.

Drivers “deemed suitable” to speak to the pupils following a police national computer check will face questions such as “are you aware of the consequences of speeding” and “why do you think the speed limit is 20mph on this road?”.

Between 2015 and 2017, 1,381 children were injured in traffic collisions while travelling to school in London.

The scheme, joint funded by Transport for London and the Metropolitan Police, was first piloted in the boroughs of Kingston and Hackney in 2017, and 19 boroughs have now either trialled the scheme or are setting up their first sessions.

Pupils from Our Lady Immaculate Primary School in Surbiton took part in Junior Roadwatch this week as part of Child Safety Week.

The Junior Roadwatch sites are chosen by police and council officers. Any drivers who are “significantly” over the limit will automatically be reported for speeding and not receive the “educational option”.

Tony Mannakkee, an inspector from the Metropolitan police’s roads and transport policing command, said the hope is “pupils engaging with motorists caught driving dangerously outside their schools will make them consider the implications of excessive speeds and encourage safer driving behaviour.”