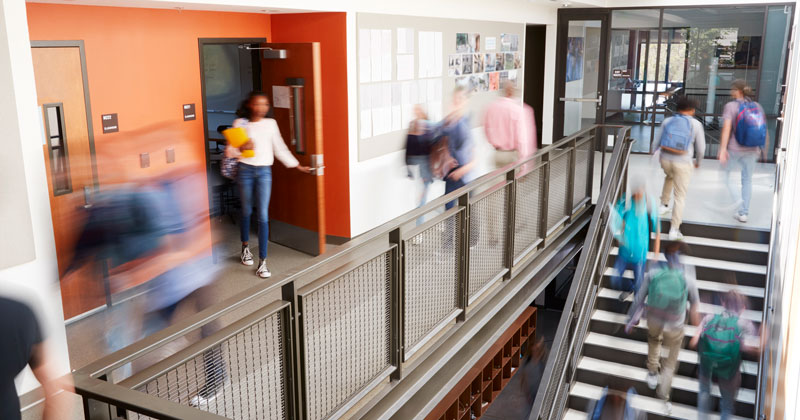 More than half of schools with sixth forms posted in-year deficits, as funding has plunged by more than a quarter, a new analysis shows.

Research by the Education Policy Institute found 54 per cent of maintained schools with sixth forms had in-year deficits last year, compared with just 37 per cent nine years ago.

Funding for school sixth forms has also fallen by 26 per cent per pupil since 2010 – a steeper fall than other post-16 providers, the study found.

By comparison, funding fell 18 per cent in the further education sector.

Gerard Dominguez-Reig, senior researcher at EPI, said: “While it is widely acknowledged that schools are facing growing funding pressures, our research shows that the financial health of sixth forms and colleges is particularly precarious.”

The financial health of sixth forms and colleges is particularly precarious.

The report, 16-19 education funding: Trends and implications, warned “rising deficits suggest some providers have used their balance sheet to cushion falls in funding to avoid more serious declines in provision or quality,” a strategy it said was not sustainable.

“If providers’ financial health continues to deteriorate as a result of falls in funding, then provision and quality could be further compromised, with potentially more severe effects on students and providers.”

But just 10 per cent of LA-maintained schools in England had a deficit last year, up from 9.1 per cent the year before.

Meanwhile the proportion of academy trusts reporting a financial deficit rose to 6.1 per cent in 2016-17 from 5.5 per cent.

The EPI also found maintained schools with sixth forms with cumulative deficits increased from 12 per cent in 2010-11, to 22 per cent last year. That outstrips the six to nine per cent rise amongst schools without sixth forms.

The “core” curriculum subjects had the largest  drops in learning hours. In 2016, 16.2 fewer learning hours were given to science and maths, and 14 fewer hours to language and literature, than in 2012.

However, the report “had not found a relationship between recent changes in funding and Ofsted grades”.

Geoff Barton, general secretary of the Association of School and College Leaders, said that “even for a government with such a terrible record on education funding in general, its neglect of sixth forms and colleges has been particularly egregious”, and he urged the government to “act now”.

Overall, per pupil funding has fallen 16 per cent in real terms in 16-19 education since 2010, twice the rate of the 8 per cent fall in school spending, said the EPI.

David Laws, EPI’s executive chairman, added there is a “strong case for reviewing the adequacy of funding before the upcoming spending review”.

The DfE said it recognises 16 to 19 funding rates are “challenging”, adding they are “looking carefully at this in the run-up to the next spending review”.

A spokesperson said school sixth form and colleges have a “vital role to play” which is why “we have protected the base rate of funding for 16 to 19 year olds until 2020”.