More than 30 per cent of local authority-maintained secondary schools are now in deficit, new data from the Department for Education shows.

Statistics published by the government today show a worsening financial position for council-maintained schools as real-terms budget cuts continue to bite, with the number in deficit rising. At secondary level – the average deficit posted by schools rose by nearly £70,000 to -£484,000.

According to the government, 313 of the 1,037 local authority-maintained secondary schools in England had a deficit revenue balance in 2017-18. 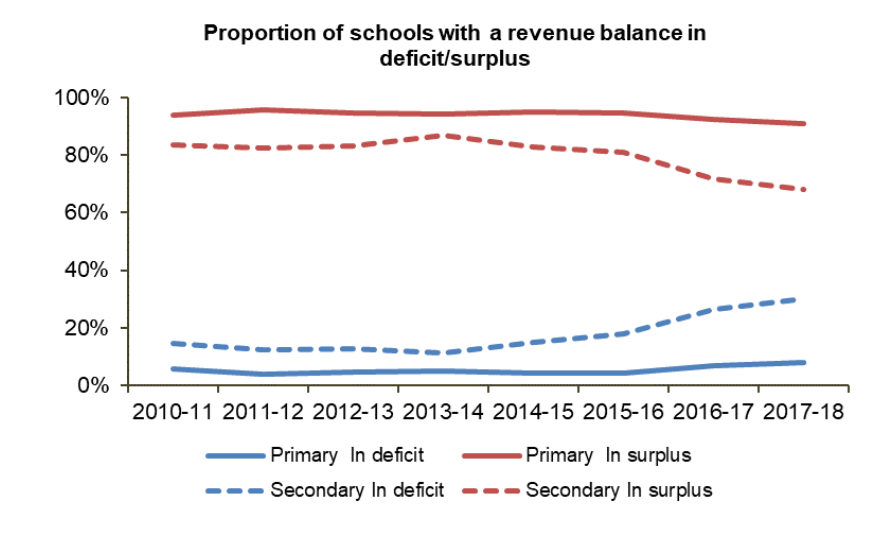 “Ahead of next year’s spending review  , the Department for Education and the Treasury will need to consider not only the schools budget but also the impact on schools of cuts to wider public expenditure.”

Overall, 10.2 per cent of LA-maintained schools in England now have a deficit revenue balance, up from 9.1 per cent last year, the DfE reported.

Primary schools were, on average, also £6,000 more in deficit.