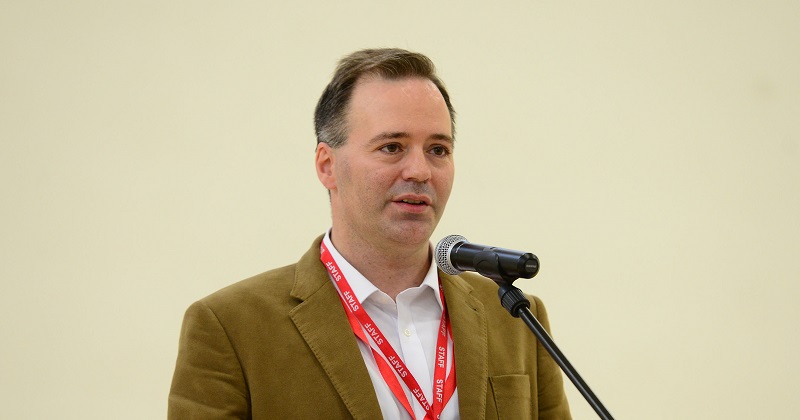 Schools that demonstrate “consistency” in behaviour management are being sought for a new £10 million government project – and there is no preferred strategy, the government’s behaviour tsar has said.

The government appointed Tom Bennett (pictured) last week to lead the three-year project to support up to 500 schools across England in developing better behaviour management policies.

We’re looking for different phases and ranges of schools that can demonstrate different types of strategy, as long as they’re very good at this core model

He and the Department for Education will recruit a network of lead schools and advisers across England to drive the project forward.

Bennett is perceived by some as favouring more hard-line behaviour policies, such as isolation and exclusion.

But he told Schools Week: “It is a misunderstanding that I’m really going to work hard to try to dispel.

“I think that nationally we often lack a language to talk about behaviour sensibly. So there’s this massive assumption that because I, for example, support the right to use exclusions, therefore my model is punishment and exclusions.

“But this just indicates how poorly developed the conversation, the dialogue, is about behaviour.”

“We’re looking for different phases and ranges of schools that can demonstrate different types of strategy, as long as they’re very good at this core model,” he said.

His desire to see a “broad range of schools” on board is prompted in part by the findings of his 2017 government behaviour report.

“When we were looking at the very best schools despite challenging demographics, what we found was that there was enormous consistency,” he said.

“Those broad things universally tended to work very, very well. But strategically how these things were rolled out at the ground level could vary enormously.”

The government behaviour tsar is keen to shake off the assumption that he is simply in favour of “harsher punishments and harsher sanctions”.

“What we do know from as much evidence as we’ve got in this matter is that the severity of sanctions isn’t really of key importance, it’s the certainty of sanctions that matter. So if you are going to use sanctions, there needs to be a very high level of consistency, and when there are exceptions, they must be exceptional.”

His appointment caused a stir amongst some sections of social media.

But Bennett said: “There’s a lot of pushback but there’s also a lot of encouragement. There’s a lot of people who massively support this, and I’m happy for that because education is an enormous debate. But one thing I’m quite resolute about is, I’ve seen far too many teachers, schools and pupils suffer massively because schools need a lot more support in terms of how to improve their behaviour management.”