Having become an MP in 1989, Lord Mike Watson has spent many years in frustrating opposition for the Labour Party. As he steps down as shadow education minister in the Lords, he offers words of advice for his successors

It’s not often you sit in a grand, wood-panelled room in the heart of Westminster, and the Lord sitting opposite you says: “I started out as a communist, you know.”

But that is where I find myself with the highly likeable Mike Watson, or Baron Watson of Invergowrie (which is his birthplace, a village on the east coast of Scotland). The shadow education minister for Labour in the House of Lords became an MP in 1989, was made a life peer by Tony Blair in 1997, and then got the education brief during Jeremy Corbyn’s tenure, in 2015.

He has worked with five shadow education secretaries, seen Labour education policies rise and fall, and has plenty to say on the current schools bill. In 2005, he was even briefly kicked out of the party for setting fire to some curtains in a hotel while under the influence of alcohol, meaning his Wikipedia entry has to be one of the most colourful around (“Watson is a British Labour Party politician and arsonist.”)

He tells me: “Both myself and and the party have moved on, and I was very pleased to hold the education brief on the front bench in the Lords under two party leaders.”

But after seven years working hard at the education brief, he’s now stepping down and handing over to Baroness Jenny Chapman, former MP for Darlington, to spend more time with his family.

It was at university, he says, that he was “hit between the eyes with student politics”. He didn’t come from an especially political household – his father worked for a clothes trading company and his mother was a teacher – but at Heriot-Watt University in Edinburgh he came across Marxist theory while studying economics.

“In those days, student politics was really alive in a way it’s not now, and most weeks we’d be protesting the Vietnam war,” he says. “The debates were really rigorous. It wasn’t exactly preparation for real life, but it was a good preparation for debating in the chambers.”

But political reality soon hit home. He left university in 1974 and moved to Derbyshire to become a teacher with the Workers’ Educational Association, delivering adult education.

“It gave working-class people who had day jobs the opportunity to get the education they perhaps hadn’t got before,” he says approvingly. He taught multiple subjects and remains involved in the all-party parliamentary group on adult education to this day.

It was at this point he also decided the Communist Party of Great Britain had “good polemic” but little chance of power, and so, inspired by some of the Labour Party’s greatest figures, he switched to Labour.

Two of these influential figures were Scottish. Keir Hardie – a Lanarkshire man, like Watson – was one of the founders of the Labour Party in the late 19th century. Likewise, James Maxton was a Scot and former teacher who became a Glasgow MP in 1922 and was considered a powerful orator.

His other hero is democratic socialist Tony Benn. Watson grins as he recalls the story of Benn filling out a form including a section on education, under which he simply wrote: “Ongoing.”

“These people were moving politics forward, and really improving people’s lives,” he says. “To me, that’s the purpose, to be in power and be able to change people’s lives.”

More soberly, he adds: “That’s why it’s been so disappointing to me that for so much of my active political life, Labour has been out of power.”

The party’s election history is indeed sobering: out of 28 general elections since 1918, the Conservatives have won 19 and Labour just nine. Watson admits that currently he “despairs” at the large Conservative majority, with only one Labour MP in Scotland.

But he adds an important qualification: “I certainly think there’s a very good chance there will be a Labour-led government after the next election.” He’s not opposed to an SNP coalition, arguing the threat of a referendum is not as imminent as some may think.

One constant Labour policy has been the ‘National Education Service’ offer, which pledged to invest more in early years, schools, further education and higher education. But Watson says since the 2019 election defeat “the NES has been lost”.

“I was very supportive of the NES because of the joined-up nature of it. It was easy for voters to grasp, so when you ditch that overarching framework, it means you have to explain the policies in a much longer way. I felt that was a very useful tool in getting the message across about cradle-to-grave access to education.”

Instead, Labour’s offer under Starmer is more about individual policies such as access to a musical instrument, digital skills and removing charitable status from private schools.

One positive is that a Labour-led government would bring back Sure Start centres, Watson continues. Since 2010, the Conservatives have closed one in three – but then last year £20 million was announced for a similar model called ‘Family Hubs’.

“That offer is valuable, but there’s not enough of them,” frowns Watson. “Sure Start centres were usually within pram-pushing distance of home. If you’ve got to catch a bus, that’s not going to work.”

The other area he wants Labour to lead on is careers advice. Watson once started an apprenticeship in accountancy before quitting, and is frustrated “too many” schools aren’t promoting them.

So although the Careers & Enterprise Company is “an organisation sometimes derided by some of my colleagues”, Watson believes “they do a good job” on improving careers advice, including supporting the rollout of ‘careers hubs’ across schools.

(This emphasis on future careers was also top of Starmer’s education speech in September, when he pledged two weeks’ compulsory work experience and access to a careers adviser once a week.)

By contrast, Watson is unimpressed with what he calls the Department for Education’s attempt in the schools bill to “centralise power” by encouraging more schools to become academies and overseeing them from Great Smith Street.

“Local authorities know the schools in their locality and know those that might need particular funding in disadvantaged areas. Now it’s all going to be done from that building over there. All 24,000 schools? How are they going to take account of local factors?”

But he is fair-minded, and pulls out those aspects of the bill he thinks the government is getting right, such as the pledge to properly register home-schooled children.

This is the key role of being in the Lords – providing a critical eye on the legislation of the day. But interestingly, Watson reveals Labour members in the Commons and the Lords don’t interact very much (the two houses even have different conventions: the politer Lords has ‘content’ and ‘not content’ votes, rather than ‘ayes’ and ‘noes’). For instance it was Angela Smith, Labour’s leader in the Lords, who handpicked Watson for the education brief in 2015, not Jeremy Corbyn himself.

Only she and Roy Kennedy, the shadow chief whip, also sit on the shadow cabinet, providing “that direct link back” to Labour’s top team, says Watson. Similarly, the Lords only has a soft power over the government, since ministers can ignore any amendments to bills. “But ministers will be told, ‘the feeling in the Lords was strong on this, you might want to tweak that’.”

Instead the real problem within the Lords is the lack of staff, continues Watson. Shadow cabinet members might have one member of staff to research policy issues, but the Lords usually have none. “It does hamper you when you’re up against ministers who have civil servants.”

It means his key advice to Chapman, his replacement, is to “build relationships and contacts” with sector organisations and think tanks who can offer answers, including the Careers & Enterprise Company, education unions, children’s rights groups and parent groups such as More Than A Score.

Watson concludes with similar advice for Bridget Phillipson, the latest person to be shadow education secretary for his party. He points out the most impactful education secretaries such as David Blunkett and Michael Gove “spent three years preparing” for the role and could “take down a folder of policies ready to go” once in office. “It really helps to be prepared.”

From the Communist Party to wearing gowns in the Lords, Watson clearly feels the education brief has been one of his most rewarding stints in politics.

“Education is just something we can all identify with. It has issues of importance and great interest to everyone,” he says. “It’s just a brilliant portfolio.” 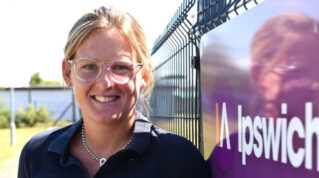