Has England been left flapping in the wind as other countries race ahead with ventilation policies for schools? Schools Week investigates…

The government’s “minimal” and “negligent” approach to ventilation in England’s classrooms is failing to protect pupils, say scientists and campaigners, including a leading epidemiologist. Instead, they say, it should immediately provide air filters.

The experts, worried about the safety of children as they return for the new academic year, believe unnecessary air filter trials are delaying any action.

England ‘outlier’ in back to school approach

Last term’s safety measures, such as masks and class bubbles, are no longer part of government advice.

Professor Christina Pagel, the director of UCL’s Clinical Operational Research Unit, warned England was an “outlier” in reduced mitigations compared with other nations.

The government’s own scientific advisers have said schools would likely experience “exponential” increases in Covid once they reopened.

Last week, an open letter signed by more than 30 scientists and campaigners called the back to school Covid strategy “reckless”. Their nine-point plan included calls for an urgent investment in air filtration devices, as well as vaccines for children aged 12 and above.

The Department for Education announced in August it would provide about 300,000 carbon dioxide monitors to identify rooms in state schools with poor ventilation.  The project costs £25 million.

Schools are set to receive one device per two classrooms and staffrooms, with special schools and alternative provision prioritised to receive their full allocation this month.

But an official delivery schedule revealed just 517 devices would be distributed this week, all to London schools. Just 4 per cent of the devices promised are due for distribution over the next three weeks.

Dr Deepti Gurdasani, an epidemiologist at Queen Mary, University of London, said it was “completely negligent” as the Delta variant was highly transmissible through the air. “Measures against aerosol transmission are the most effective.”

Operational guidance for schools advises opening external windows and internal doors to improve “natural ventilation”, or mechanical ventilation systems. But no funding has been provided for the latter.

Meanwhile the Health and Safety Executive advises only opening windows and doors partially to ensure spaces are “adequately ventilated without being too cold”.

Geoff Barton, the general secretary of the Association of School and College Leaders (ASCL), said ministers “should have grasped the issue of ventilation much sooner . . . rather than relying on guidance about keeping windows open, which is very obviously problematic in the midst of a British winter”.

A Teacher Tapp survey of about 4,700 teachers in June found that 4 per cent of primary and 7 per cent of secondary teachers could not open their classroom windows.

However, just half of primary teachers and 41 per cent of secondary teachers said the rooms were well-ventilated.

Less than 10 per cent of all teachers said their classrooms had good temperature control.

The DfE said it expected the monitors would confirm that existing ventilation was sufficient in most schools.

Question marks over need for the trial

Elsewhere, the Department of Health and Social Care (DHSC) is funding a £1.75million pilot on the use of HEPA (high-efficiency participate air) filters at 30 Bradford primaries.

Ten schools will form a control group, ten will be fitted with HEPA air filters and ten with ultraviolet devices that kill bacteria.

But Gurdasani, an adviser to the independent SAGE committee, said: “You do a trial when you are unsure whether what you’re doing is going to be inferior or superior to standard practice – there is no question about this.”

In July, the Centers for Disease Control and Prevention published a United States study that found HEPA air cleaners could “reduce exposure to simulated SARS-CoV-2 aerosols in indoor environments, especially when combined with universal masking”.

The study acknowledged the use of HEPA cleaners to reduce the number of airborne infections particles was already widely known.

James Bowen, the director of policy at the NAHT, said it would be “hugely frustrating if the necessary action comes late on this” given the “relatively strong scientific consensus”.

Will the poorest children be worst affected?

Last month, the Labour party published an analysis that found classes of more than 30 had increased 20 per cent since 2010. Areas of low social mobility, such as Barnsley and Swindon, had the most overcrowded classrooms.

Gurdasani said there was “no doubt” the more crowded a classroom, the higher the risk. 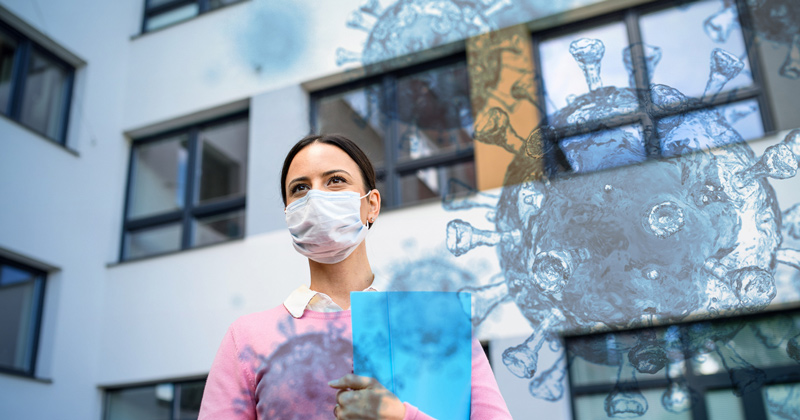 “When you don’t have good mitigations in school, the pupils affected will always be the most disadvantaged,” she said.

Peter Kyle MP, Labour’s shadow schools minister, said the lack of carbon dioxide monitors distributed to schools and the lack of evaluation of existing trials of air purifiers was “too little action, and far too late”.

The DfE said monitors would be rolled out as quickly as possible.

What are other countries doing to fight Covid in schools?

It might be one of the “cheapest and most effective” ways of containing Covid, said Chancellor Angela Merkel.

In March, the United States government directed $81 billion for PPE and improved ventilation in schools, among other measures.

While there has been a mixed approach across the country, New York City vowed to equip each of its 56,000 public school classrooms with two HEPA air purifiers by September – having distributed more than 100,000 by July.

Other schools opted to build their own Corsi-Rosenthal air filter box, a DIY alternative that costs a fraction of normal air filters. 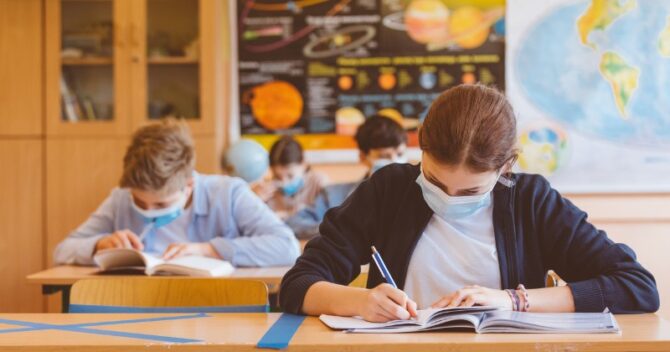 Schools and parents taking action themselves

Reports on social media suggest some schools are taking matters into their own hands and purchasing air purifiers, while others are opting to introduce the DIY approach popular abroad.

Gurdasani called for the introduction of two HEPA filters in each classroom – which would cost about £800 per class.

The NAHT is due to survey its members shortly to gauge how many have bought the filters, while Barton from ASCL called on the government to make funding available for ventilation systems “as a matter of urgency”.

The DfE said: “Although we are not out of the pandemic, compared with last September, we have stronger defences in place, with every teacher and every 16 and 17-year-old having been offered a vaccination, and extra safety measures in place, including testing.”