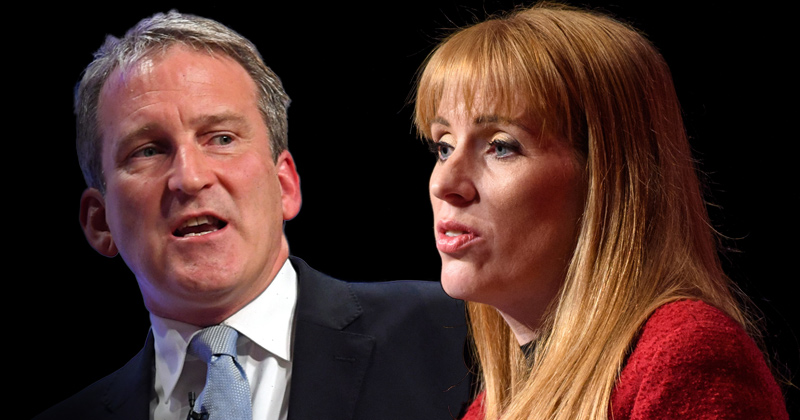 The education secretary will use a speech to the Confederation of Schools Trust to attack Labour Party policy on academies, branding it “dangerous control freakery”.

Damian Hinds will defend academies and free schools during a speech to the CST’s inaugural conference and demand “honest answers” from shadow education secretary Angela Rayner about what her party would do.

In response, Rayner accused the government of having “run out of ideas”, and having “more to say about the opposition’s policies than their own”

Angela Rayner may call it ‘local democratic control’. I call it not trusting schools

Rayner has said that if Labour wins the next election, the party will end the academies and free schools programme, hand powers to councils to open new schools and take back academies from failing trusts, and ban related-party transactions with commercial firms.

Hinds has already dismissed the proposals as “reckless” and ideological, but will attack them again when he addresses school leaders and governors in London later today.

“Angela Rayner may call it ‘local democratic control’. I call it not trusting schools,” he will say. “Why do Labour want to put politicians in charge of schools? It’s because they don’t trust headteachers.

“Since 2010, this government has given schools more freedom. Through the free school and academies programmes we extended the good work started under Andrew Adonis and Tony Blair to set schools free from council control. We made sure that failing schools were not left to fail but were removed from local political control and given new leaderships with teachers in charge.”

He will point to an interview given by Rayner to Schools Week last year, in which the shadow education secretary said that most parents are “interested in a good school that their kids can go to” and “don’t care what it’s called”.

“Now you want to unwind these reforms,” Hinds will say. “You are so opposed to them that you even seem to deny that the Labour party ever played any part in them.

“I find it puzzling that you and Jeremy Corbyn want to distance yourselves from reforms that have trusted teachers, turned around failing schools and played a significant part in closing of the attainment gap between rich and poor.”

Hinds will also announce he has written to Rayner to demand answers about Labour’s policy. In particular, he wants to know what rules will be in the party’s new common rulebook for schools, and what Labour will do when a local authority-maintained school is rated inadequate.

He will also ask whether Labour will let schools become academies if it’s what parents want, and demand to know which elected politicians will oversee the school system. Specifically, he wants to know whether Labour will create a “completely new level of bureaucracy”, and how much it will cost.

Under the current system, central government is directly responsible for the accountability of the roughly 7,000 academies in England. The system is currently overseen by a network of regional schools commissioners, which cost more than £30 million a year. Full minutes of headteacher boards, which advise the RSCs on academies, are not released to the public.

Rayner today accused the government of “another desperate manoeuvre”, and “running scared and resorting to absurd claims because they are unable to defend their own record”.

“When ministers have more to say about the opposition’s policies than their own, it is clear that they’ve run out of ideas,” she added.

“The Tories’ figures on education spending and standards have unraveled day by day and these wild distortions of Labour policies are just another chapter in the same book of fiction.

“Parents, teachers and communities know that it is the Conservatives who have put ideology first and children second by slashing school budgets for the first time in a generation.”

1. What rules would be in Labour’s new rulebook?
2. What would Labour do when a Local Authority school is inadequate? Would you let them remain with the Local Authority that has failed to improve the school?
3. If parents want their school to become an academy would Labour prevent them?
4. Under Labour’s plans who would be the elected politicians who would oversee all schools? Would they be local councillors or a completely new level of bureaucracy?
5. How much will these new elected politicians cost?
6. You say that parents and staff would be able to open new schools. This is confusing as it appears to describe the Free School Programme. Does Labour want to end the Free School programme or just rename it?
7. If parents want their school to remain an Academy would Labour ignore them and force it to become a Local Authority school again?
8. Would Labour break up Multi-Academy Trusts despite their importance in sharing good ideas and support between schools?
9. Would Labour allow all Local Authorities to build and run schools no matter their track record in running schools or would you be discerning?
10. Will Labour protect the freedoms that that have enabled brilliant schools to develop a highly effective curriculum that parents and teachers like?