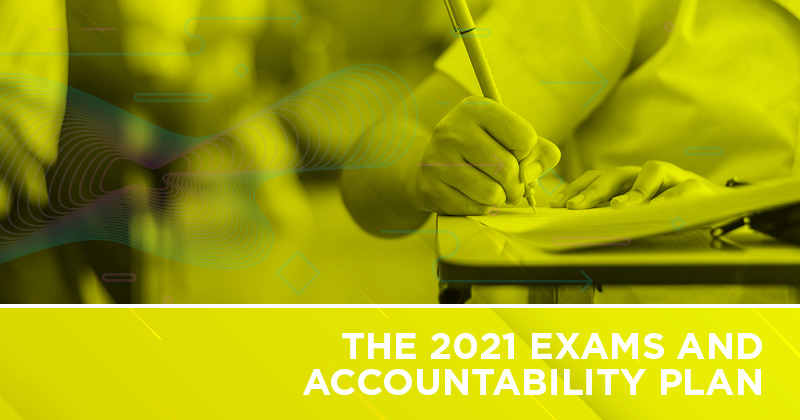 League tables will be scrapped for another year and primary assessment scaled back as part of a raft of measures designed to take account of the impact of the Covid-19 pandemic in 2021.

The Department for Education has announced today that test and exam results will not be included in performance tables for the 2020-21 academic year.

Instead, the government will publish data on the subjects taken at GCSE and A-level, destinations of pupils and attendance data, which will include context on the impact of coronavirus.

However, school ranking data will still be shared with Ofsted to help inform routine inspections when they resume.

SATs tests at key stage 1 will also not go ahead, but most teacher assessments for that age group and most key stage 2 tests will continue with some changes to timetables, though primary performance data will also not be published.

The changes are part of a raft of measures announced today, including a pledge to grade GCSEs and A-levels in line with national outcomes seen in 2020 and the continued suspension of routine school inspections until at least Easter next year.

The government says the changes to league tables and tests “take account of the challenges posed by the pandemic but will ensure parents still have access to vital information about their local school”.

Some primary tests scrapped, but most will go ahead

At key stage 2, the GPS test will also be removed, but all other tests and teacher assessments for that cohort except science teacher assessments will go ahead, as will the phonics screening check for year 1 pupils and those year 2 pupils who didn’t meet the expected standard in the special autumn check this year.

However, the timetable for key stage 2 SATs and the phonics check will be extended by a week, until May 26 and June 25 respectively, to give schools a “flexible approach”.

The government has also confirmed that the multiplication tables check for year 4 pupils, which was due to be delivered nationwide for the first time next year after it was postponed this year, will be optional in 2021.

The DfE said that continuing with some of the assessment “will help to understand pupils’ lost time in education and support those that need it most, providing vital information to parents and assisting with pupils’ transition to secondary schools”.

The campaign group More Than A Score, which has called for the government to scrap all formal tests in primary schools, welcomed the scrapping of some assessments, but said putting pupils through the remainder was “morally wrong”.

“It risks amplifying the harms to learning and mental health already caused by the virus, particularly for the most deprived in our communities,” a spokesperson said.

As revealed by Schools Week last month, the DfE has confirmed that new guidance to “update expectations” on remote education will be published to provide further clarity for schools.

The government introduced a legal duty on schools in October to provide “immediate access to remote education” for pupils off school because of coronavirus.

Few details were provided about the new guidance ahead of its publication, apart from that primary schools are expected to provide a minimum of three hours a day on average of remote education, while secondaries should provide four hours’ worth.

The DfE is also expected to introduce a requirement for schools to publish details of their remote education offer on their websites from the spring term, but no further details about the requirement and what it will entail have been revealed.