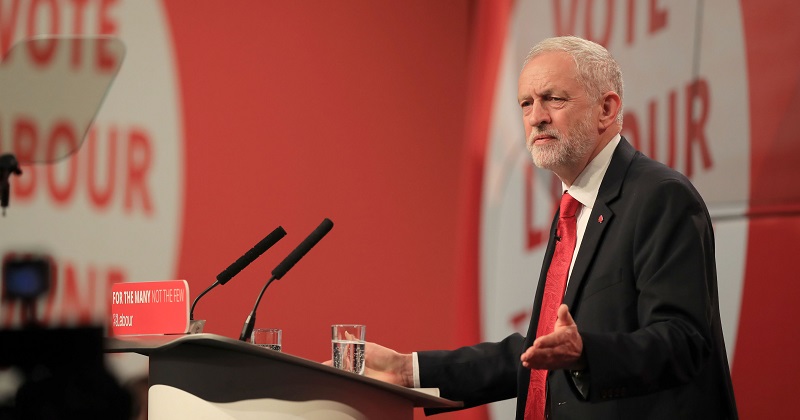 Labour has set out plans to pump £4.8 billion in additional revenue funding into schools, and spend £21 billion on building and maintaining institutions over the course of the next parliament.

The party says the additional spending will help it plug a funding gap for schools estimated at £3 billion by the National Audit Office.

The cash injection will also include £335 million funding that Labour says will prevent any losses for schools under the government’s proposed new national funding formula.

Increased school funding is a key strand to Jeremy Corbyn’s flagship National Education Service, which will be officially launched tomorrow and also includes plans for universal primary free school meals, reduced class sizes and the return of the education maintenance allowance, which have already been announced.

The party’s £21 billion capital spending plans include £8 billion to create new school places, £1 billion more than the Conservatives pledged in 2015, and a further £13 billion for maintaining school buildings.

In the 2015 spending review, the then chancellor George Osborne allocated £23 billion for capital funding over the 2015 to 2020 parliament, including the £7 billion for new schools.

Corbyn won plaudits from school leaders last month when he pledged to reverse the cuts faced by schools as a result of unfunded cost pressures and flat per-pupil funding.

The Institute for Fiscal Studies says schools face average cuts of 6.5 per cent in the coming years, and the Conservatives have been under pressure to pump more money into the system in their own manifesto.

Corbyn has accused the Conservatives of spending seven years “starving schools of funding”, forcing headteachers to “send begging letters to parents to ask for money”, and says Labour will “do things differently”.

“Our new National Education Service will transform our schools and education system to ensure a future for the many not the few. We will reverse the Conservatives’ tax giveaways to big business and put money back where it belongs, in our schools, our colleges and our communities.”

The party has also released more detail on how it will fund its spending priorities in education, with plans to increase the rate of corporation tax paid by businesses in Britain from its current rate of 19 per cent to 21 per cent in 2018-19, 24 per cent in 2019-20, and 26 per cent in 2020-21.

Angela Rayner, the shadow education secretary, says Labour will “invest in schools and in our young people, ensuring no primary pupils go hungry during the day”.

It comes after doubts were cast on whether Labour’s plan to extend universal infant free school meals to all primary pupils would be the most effective use of money the party plans to raise from charging VAT on private school fees.

The Institute for Fiscal Studies, which carried out a 2012 pilot study on universal meals in Newham and Durham, estimates giving every seven to 11-year-old a free lunch would cost upwards of £950 million a year, and that other policies, such as free breakfast clubs “might be a cheaper and more effective way to improve both education and health outcomes”.

The Conservatives are yet to outline their spending plans, but have warned that the “record investment and new powers for teachers” implemented by the government would be at risk if Jeremy Corbyn formed a government.

David Gauke, chief secretary to the Treasury, said: “Jeremy Corbyn can’t deliver any of this – they’re just made up promises on the back of nonsensical spending plans. He’s spent this damaging tax rise on businesses on 12 different things and he’s already dropped numerous things he’s said he’d do before.”