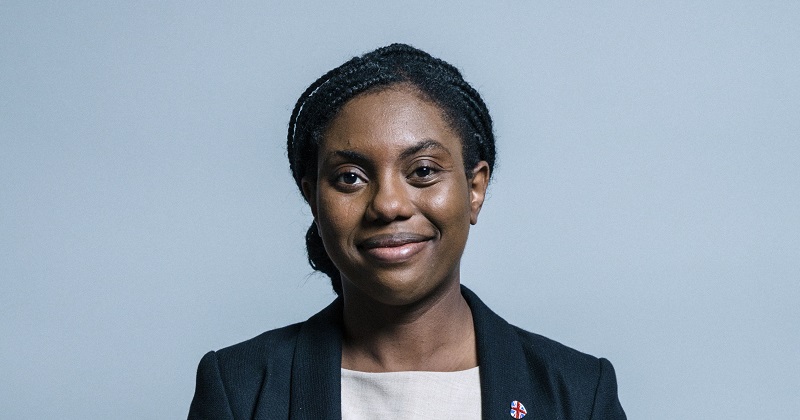 Kemi Badenoch has been appointed by Boris Johnson as the new children’s minister, replacing Nadhim Zahawi.

The MP for Saffron Waldren joins new education secretary Gavin Williamson, long-serving schools minister Nick Gibb and returning universities minister Jo Johnson in the refreshed ministerial team at the Department for Education. The government is yet to say who will take the skills brief previously held by Anne Milton.

In a tweet sent at the weekend, Badenoch said she was “humbled to have been appointed a junior minister at the DfE”, adding it was a “huge privilege to be able to serve and make a positive difference on a number of issues close to my heart”.

Badenoch will immediately face pressure from the schools community to address a crisis in SEND funding. The think tank IPPR North recently found that the amount of funding available for pupils with the most complex needs has reduced by 17 per cent across England since 2015.

It follows repeated warnings from the schools community and SEND experts that demand for support is outstripping supply, prompted in part by a sharp rise in the number of pupils with education, health and care plans, which replaced statements in 2014.

Born in Wimbledon, Badenoch grew up in Nigeria and the US before moving back to the UK as a teenager.  She studied computer systems engineering at the University of Sussex and worked in the IT sector before moving into a career in consultancy and financial services. She also served as head of digital at The Spectator, and has a law degree from Birkbeck, University of London.

Elected in 2017, Badenoch initially served on the justice select committee. She became a vice-chair of the Conservative Party in January last year, a role that put her in charge of candidates. Last April, she apologised to the Labour MP and former deputy leader Harriet Harman after admitting she once hacked into her website “to say nice things about the Tories”.

She also came under fire after she defended Toby Young, the former head of the New Schools Network and her former Spectator colleague, over his controversial tweets. Young resigned last March as a result of ongoing “media attention” about his past comments, many of which had been unearthed by journalists following his appointment to the board of the new universities regulator, the Office for Students.

Zahawi, Badenoch’s successor, left the DfE last week to take up a position at the Department for Business, Energy and Industrial Strategy.