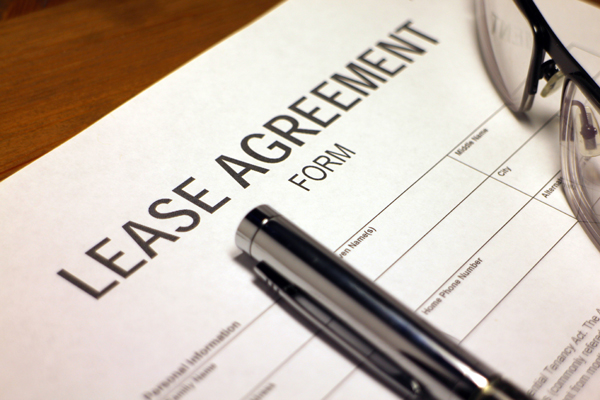 Access to high-quality IT equipment is not equal in schools. If you’re part of an academy chain, you’re likely to be able to get a good deal and buy what you want. Single schools, meanwhile, are often locked into complex and expensive leasing deals. In the third of her series focusing on technology in schools, Jess Staufenberg looks at the high cost of providing students with the latest digital equipment

As school leaders strive to provide students with the most up-to-date digital equipment, how they purchase it becomes increasingly important.

Schools really only have two options: buy it outright – for all their hundreds of students – or lease it, which means renting over a period of time with payments spread out. The latter typically spreads the cost across three annual payments that amount to more than the original capital cost of the equipment. Schools can also pay a bit more to keep the equipment at the end. Or a bit more again to have it updated and to continue “renting” it.

Leasing arrangements are not always straightforward. Some arrangements hit the national headlines in 2012 when a BBC investigation discovered at least 169 schools had been substantially overcharged for IT equipment and left with debts of up to £1.9 million. Ten headteachers lost their jobs as a consequence.

Large multi-academy chains are able to get flexible pricing

Despite the scandal, and subsequent lobbying for leasing rules to change, the old arrangements continued in most schools though they have two crucial cards up their sleeves. First, they have the cash flow to purchase expensive equipment outright. Second, schools do not lease if they have the leverage to bargain for a good purchase deal. Large, multi-academy chains or federations are increasingly able to get flexible pricing, which makes buying top-quality IT equipment outright possible. Single schools, however, are “forced” to lease.

There’s a second hurdle for small schools. Only “operating leases” are legally available. The alternative, a “finance lease”, which experts say is better value, is forbidden by the Department for Education.

Daniel Moynihan, chief executive of the Harris Federation, which runs 37 academies across London, said he would never consider leasing. Partly because of the BBC “horror stories”; partly because he doesn’t need to.

“We have never leased. One of the things about being a group of schools is you can drive economies of scale. We are able to aggregate PC orders and usually get a better price.”

The federation also has nine accountants looking after three schools each, says Sir Daniel. It is an arrangement that saves money on a single professional attached to each individual school. “The schools are getting high quality financial management, but they’re also saving the cost of a bursar – they’re saving tens of thousands of pounds.”

With this kind of driving for deals, with ideological support from government and financial backing from private sponsors, large multi-academy chains are the successful players in obtaining IT equipment at good value and having the peace of mind of owning it.

Leasing for single schools, meanwhile, may be cheaper in the short run but more expensive in the long term with an extra charge for the benefit of staggering rent payments. But there is the advantage of easily upgrading to the latest model.

This advantage is overplayed, says Sir Daniel: “We’ve never encountered a leasing deal where they’ve said, we’ll update your PC. You have to take out a new lease to get the update.”

The British Educational Suppliers Association (BESA) agrees. Director general Caroline Wright says leases used by schools are typically complex and pricey. For example, damaged laptops could be charged for at the end of the lease term but sometimes a clause says they have to be returned in the original packaging. “There are things like you have to return it in the condition you got it, like keeping it in a box. Now, who keeps a box for five years?” says Ms Wright. “It’s all that kind of stuff schools have to think about that makes it difficult.”

Primary schools can be more at risk as they are less able to employ bursars, but it is really the restriction on leasing types that causes the greatest issue, according to BESA.

The average secondary school takes out a £60,000 “operating lease” each year, and a primary school £15,000. Were they to use a “finance lease”, where money is borrowed to pay for the equipment in stages for less than the capital cost of the item, these schools would save about £400 per lease. This works out as £8 million across the system, says Ms Wright.

“My concern is that departments such as the Treasury are trying to save so much money that something like £8 million is small beer.”

Academies and local authority schools cannot use finance leases because they “represent borrowing”, according to DfE guidelines.

A response from the department said: “While ?finance leases are a form of commercial borrowing, operating leases are not and are used? to ensure value for money and to protect public sector finances as per the 2002 Education Act.”

But the Act does not say that borrowing is illegal. It simply says schools can buy on credit only if they have the express permission of the secretary of state. This rule was recently reiterated in the Academies Financial Handbook: “Trusts must obtain EFA’s prior approval for the following leasing transactions: taking up a finance lease on any class of asset for any duration from another party (borrowing) […]”

Simon Goldie, head of asset finance at trade body the Finance and Leasing Association (FLA), says that if a school has something they will use for a fairly lengthy time, a finance lease will work much better “but at the moment they are certainly not encouraged to do it. The DfE seems to claim that there is a rule that it can’t be done, but we’ve never been able to identify that rule. I think it’s a habit that’s developed over time.”

Schools Week invited the department to explain the laws underpinning this prohibition but the query went unanswered.

It’s unlikely that finance leases are the only answer, but having to lease equipment disadvantages schools whose budgets are already tight.

Stuart Beck is assistant headteacher and finance director at a school in London that leases all its IT equipment. By the end of the year Beck, like many other school leaders, expects the school to use all its budget reserves of £500,000 and be out of pocket by £1.2 million by 2019 due to increasing costs and flat budgets.

The school currently spends 1 per cent of its budget, or about £40,000 a year, on leasing commitments. Looking ahead for the first time at running on a deficit budget, he is verging on desperate. “What happens when we do run out of money as an academy? We can’t borrow,” he says. “And if we can’t borrow and our cash flow is showing that by September 2016 we are into a negative cash balance, do we shut our doors?”

Without express secretary of state permission he cannot make use of a finance lease. Nor is his current IT expenditure extravagant. He is trying to provide only basic computers to 800 students. He has stopped offering teachers their own school laptops.

“If we are to do the best we possibly can for our pupils in a technological age, then obviously we do need to keep our IT equipment up to date,” he says. “We would like to bring in as much of the new technology as we possibly can, but at the moment we’re just talking about the basic computers.”

The indirect answer to schools from the DfE is to join an academy chain, be savvy, and drive better bargains. But for schools unable to find a Harris-style set-up it may be that their pupils are stuck with basic PCs rented out at a deficit while others have their own paid-for iPad.