Ian Livingstone has a unique outlook as a best-selling gaming pioneer. This September, it will be the vision for an unconventional new school. By JL Dutaut

The pressure to give education a 21st-century make-over has been relentless for decades. Driving this pressure are self-styled ‘disruptors’ – successful technologists with an eye on shaking up schools.

So far, education has been remarkably impermeable to their advances. Witness, for example, Bill and Melinda Gates’ fruitless 7-year, $1 billion investment to raise student outcomes by improving teacher effectiveness. The best they could say for their billion dollars in the end was that it had engendered some ‘critical conversations’.

But the flow of history seems to be in their favour. Think of Google and Microsoft, algorithmic progression models like ‘flight paths’, curriculum reforms, Sunday morning emails from Becky at Twinkl, teachers sharing resources on Twitter and Facebook, school WhatsApp groups.

And then came the greatest disruptor of all. Covid has forced school online and already, the ‘snow day’ is widely considered a thing of the past. Schools are split between Teams and Classroom. Teachers are developing new pedagogies and schools are adapting policies. Oak National Academy follows in the footsteps of Khan Academy, led by many for whom that model has previously been the very antithesis of their educational stance. 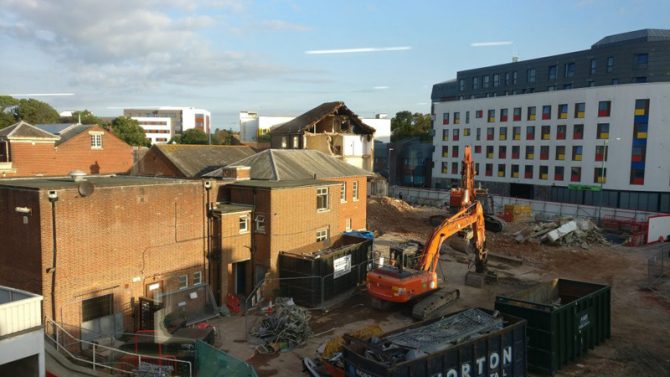 Into this fray steps Ian Livingstone, CBE, not a household name like Gates or fellow disruptor, Richard Branson perhaps, but he has made a career of disruption. Chances are his creations have found their way into your home, and he is about to do something few self-styled disruptors have had the temerity to do: open a school.

The brand-new, purpose-built, all-through school is due to open its doors in September. Sponsored by Aspirations Academies Trust, Livingstone Academy Bournemouth promises to focus on students’ “knowledge and know-how to be creative technologists” and offer “an authentic education for the 21st Century”. In essence, it exists to deliver his vision.

Livingstone shares some of the typical traits of the education disruptor. He is an entrepreneur, for starters. And like Branson, for example, he has a dim view of his own educational experience.

Raised in modest conditions in Rusholme, Manchester in what he describes as “a Coronation Street terrace”, his family moved to Altringham where, having passed the 11 plus, Livingstone attended the local grammar school. After a positive start, he eventually “scraped” 5 O levels and ended school with one A level at grade E. Seeing all his friends go to university and with limited choices, Livingstone signed up for a Higher National Diploma in business at Stockport College.

It served him well. Like Branson too, it all began with publishing a paper. Livingstone’s popular effort was about his hobby and passion, board games. One day, he received an unexpected parcel. His paper had found its way onto the Lake Geneva, Wisconsin desk of Gary Gygax, and the parcel contained Gygax’s first edition of a new game he’d just designed: Dungeons and Dragons. 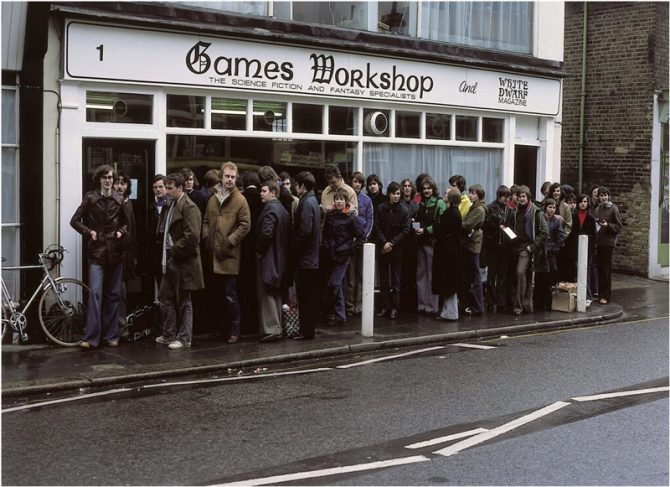 Opportunity knocked, and Livingstone was ready. The year was 1975, and that partnership kickstarted Games Workshop, a FTSE-listed company with a 2019 revenue of £250 million.

But Livingstone was far from finished shaking things up. From game books was spawned the Fighting Fantasy  series, which went on to sell 20 million copies. “They got a whole generation of children to read in the 1980s. And yet they were never considered real books.” Why? They were ‘choose-you-own-adventure’ books. For all the denigration, at one point Livingstone had the top three-selling books in the UK. And for all the consternation, the reason for their success was evident.

“If you start with Shakespeare, you’re going to put them off reading for life. But if you get them to do something that they enjoy, give them agency and choice, then they’re going to love to learn to read. Surely that has to be the objective.” In this too, Livingstone is like other disruptors. He has a propensity to view education through the prism of his experience.

And like other disruptors, his educational views are heavily informed by the advent of digital technologies. For Livingstone specifically, that’s video games, an industry he joined in its relative infancy and to which he still contributes. The titles he’s been involved with have shaken up the entertainment industry and become cultural phenomena: among them Tomb Raider, Hitman, Final Fantasy and Championship Manager.

If you start with Shakespeare, you’re going to put them off reading for life

“A lot of learning for me is too abstract and is not applied in a way that games allow. [With games,] everyone can be a winner. No one’s judged a loser. And when you’re next able to fly,” he adds, “would you prefer that the pilot learned it by reading a book or by practising in a simulation?”

I suspect the answer is really both, and The Livingstone Academy Bournemouth is about to marry the two. With the help of Aspirations, Livingstone’s  values and vision for curriculum and pedagogy will meet the real world of the classroom this year after a long journey.

Here the similarities with other disruptors end. When he freely admits that “I’m a games maker, not an educationalist”, that’s already a significant departure from the zeitgeist.

As the school’s co-creator he will play an important consultative role as a member of the Aspirations board of trustees. He will be holding the school to account and in turn be held accountable for its results in a way Bill and Melinda have never been. The school, after all, carries his name. 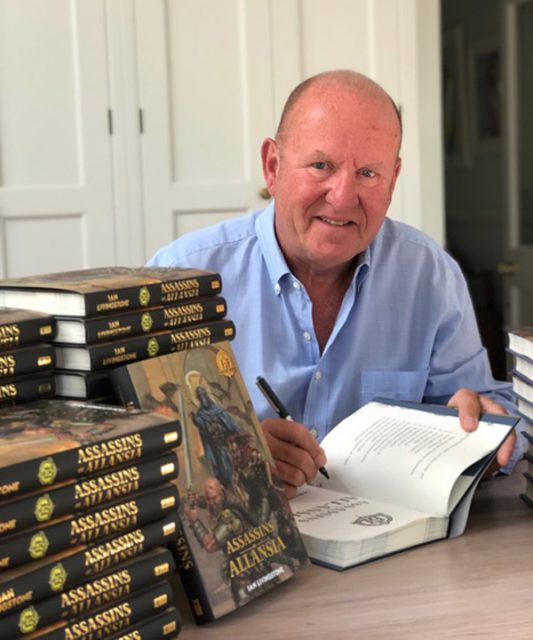 It all started typically enough. His career marked him out to be selected by government to lead a review and in 2010, then-minister for culture and the digital economy, Ed Vaizey did just that. Published in 2011, the co-authored Next Gen report was deeply influential on Michael Gove’s curriculum review and the replacement of ICT with computer science.

“Then someone said ‘Well, that’s all very well, but you really need a flagship school to be able to put into practice the stuff you’ve been whinging on about for all these years’. Being a northern boy, that was kind of a red rag to a bull.” And so the journey began, but like the games he’s spent his career developing and promoting, it’s been a question of ‘failing upwards’. “Quite early on, I understood that I wasn’t really cut out to run schools, that I needed to partner.”

Along, eventually, came Steve and Paula Kenning, Aspirations’ co-founders and trustees, tempering his vision with practical know-how. “I’ve got no business operating schools,” he insists, “and we can leverage their expertise and resources to run the school.”

The result of the partnership is a school that isn’t just about disrupting curriculum and pedagogy, though it is that too. Its published exemplar timetable is an extended school day from year 7 onwards, from 8.30 to 16.30, with prep time built in at the end of each day. The school year will be 39 weeks and the key stages 2 and 3 timetables boast ‘applied transdiscipline learning’, which will see computer science taught through other subjects. Key stage 4 will have 6 weekly hours of project-based learning. Key stage 5 will take part in an Aspirations Employability Diploma.

More than that, the Kennings explained to me that its very operational structures are developed to reinforce Livingstone’s values and vision. The school’s principal will be known as its Executive Director of Learning (EDL) and focus on students and their learning. The EDL will be supported in managing the premises, finance and other organisational pressures, and two heads of school – one primary and one secondary – will complement this distributed leadership team, overseeing the operational and organisational aspects of the student experience. The aim is that the EDL will be “freed up from some of the typical bureaucratic and operational burdens” of headship.

That’s the kind of disruption more than a few heads will be interested to see road-tested.

Marking him out further from his disruptor peers, Livingstone won’t be drawn much on wider education policy. But we discuss the idea of ‘gamification’ through league tables and performance incentives, and his reply is telling: “That’s anything but gamification. That seems like a nuclear arms race in homework and extra tuition.”

Rethinking that might well be the most positively disruptive thing the education system could hope for, but it isn’t in Livingstone’s sights.

For all its disruptive vision, Livingstone Academy Bournemouth will be judged by those standards.