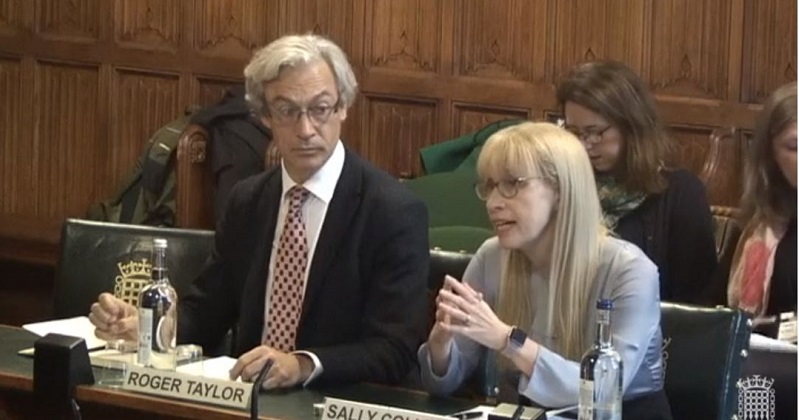 Controversial iGCSEs are a “disturbing issue” and “not conducive to public trust in the examinations systems”, the chair of Ofqual has told MPs.

Here are five things we learned.

1. iGCSEs ‘not conducive to public trust in exams’

Taylor accepted that the controversial iGSCEs, favoured by some independent schools, are a “problem” and “not conducive to public trust in the examinations system”.

A study suggested they were “easier” than reformed GCSEs (or to be specific, not marked as harshly), after Labour called for an inquiry into the system that they claimed put state school pupils at a disadvantage over their private school peers.

Collier said she had written to universities to make that iGCSEs aren’t regulated by Ofqual. However Labour MP Lucy Powell said this was “not strong enough”.

Taylor added that the “bulk of the difference” in outcomes between iGCSEs and GCSEs were not to do with the exams but “other social factors” including higher prior attainment, but said the “unfairness” of iGCSEs comes from the fact they are not “held to the same standard when setting grade boundaries”.

Asked by Ian Mearns if the iGCSEs are “reinforcing a whole range of other privileges which exist” in the private sector, Taylor agreed and said that was why the qualifications are “such a disturbing issue”.

According to a report from the Royal National Institute for the Blind in 2016, there are an average of 2.3 problems per braille exam paper and 1.75 per modified language paper.

Robert Halfon, committee chair, said it is “not acceptable to be creating more difficulties for those who are at a disadvantage” and questioned what was being done to ensure past papers with errors were being corrected.

Collier said the figures “don’t match” with Ofqual’s numbers, but said there would be a “detailed investigation into those numbers to see whether there is more that can be done with exam boards to reduce the occurrence of those errors.”

She also said she will be asking exam boards about what more they can be doing to support blind pupils and those with other disabilities.

But Halfon was unimpressed. “The answers have been a bit, respectfully, very general. I could use other expressions for those answers,” he said.

“It just seems unacceptable to me that people don’t have equality of opportunity because of mess ups – for which there is no excuse – from exam boards. It seems to me to be absolutely unacceptable and I don’t feel any passion or view that you want to change it today.”

3. Ofqual says no to the DfE

Collier said there had been a “number of occasions” in the last year when Ofqual has said ‘no’ to the government.

She said this was “particularly around T-levels and timelines, particularly on the new reformed applied generals and the safety net we felt was very important for taking those new qualifications last year”.

She added these were areas where the government has “perhaps changed its approach or listened to our advice”.

4. BTEC outcomes will be put under scrutiny

Taylor welcomed government reforms to BTECs but agreed there was “confusion” between the old and new-style qualifications for universities and employers.

Asked by Halfon about what was being done to address the high drop out-levels of BTEC students at university, Collier said it was “absolutely unacceptable that a student going into higher education with different types of qualification should have a lesser outcome or their qualifications should be less valuable than those doing A-levels.”

She said the regulator had published research into this and had advised the DfE to have “reform from the start” in the new qualifications.

“We will be looking at the outcomes for reformed BTECs against a controlled group of those with A-levels,” said Collier, but could not give a date for when this would be published.

Collier defended Ofqual’s decision to let awarding organisations to decide themselves whether or not the names of those involved in setting exams should be published against Thelma Walker’s accusation that the regulator was “passing the buck”.

She said Ofqual has “really strong safeguards” in place that mean “you cannot predict with any certainty” when a specific question will appear.

Taylor said there are “risks both ways” about publishing names and that is what the regulator considered.