New data released by the government today shows 54 per cent of multi-academy trusts achieved a below or well-below-average progress scores for their sixth formers last year.

For the first time, the Department for Education has published MAT league tables for 16 to 18 provision, covering 50 academy trusts across England. The tables rank the trusts based on a level 3 “value-added” score, which rates progress made during sixth form.

Today’s data shows average progress at 26 of the 50 trusts included was “below-average”, while progress at one chain, the Swale Academies Trust, was “well below average”.

However, the government pointed out that the low progress scores among MATs relative to other schools is “largely” because they run so many sponsored academies, previously failing schools which have lower progress scores than other institutions. 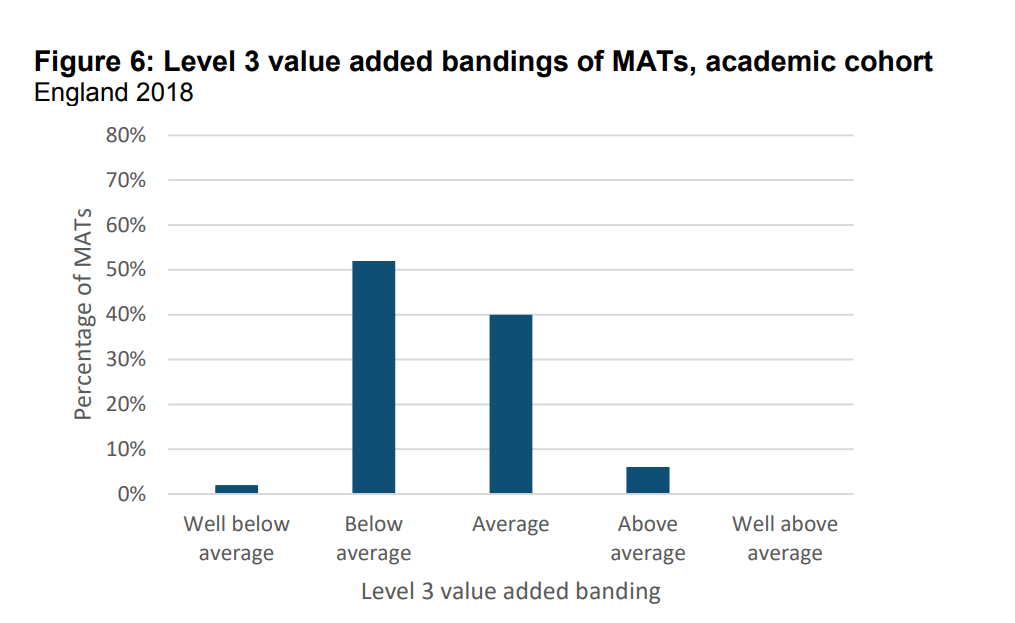 Twenty MATs achieved an average progress score, while just three, Aldridge Education, the Inspiration Trust and the Diocese of London, were above average.

Celebrated trusts including the Harris Federation and United Learning are among those rated below average. Other large trusts with a below average score include the Academies Enterprise Trust, David Ross Education Trust, Leigh Academies Trust and E-Act.

The data also shows that pupils at the MATs included in the data made less progress than those in other state-funded mainstream schools. 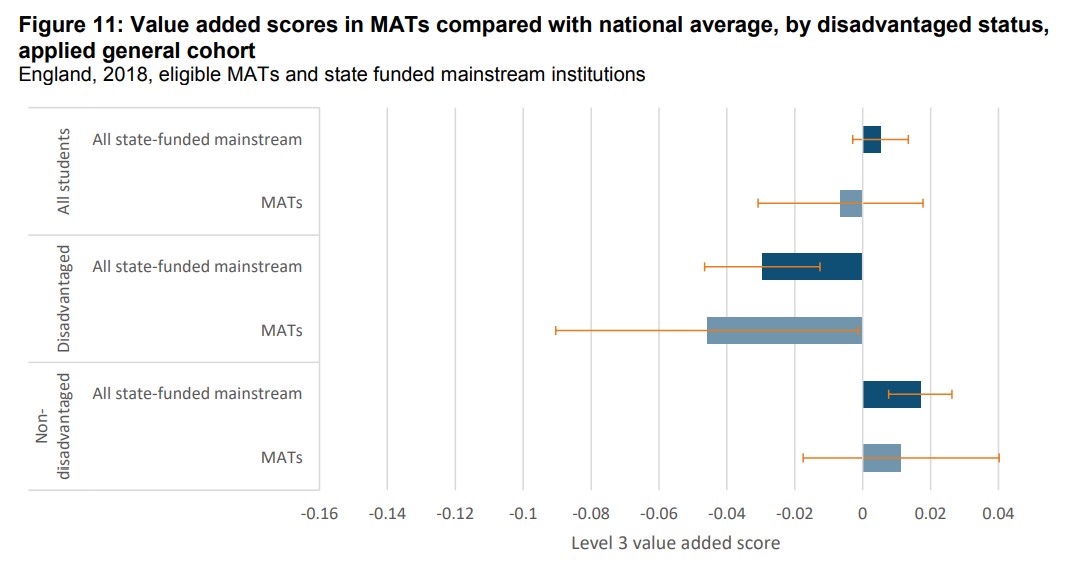 In particular, non-disadvantaged pupils scored a much lower average progress score, close to -0.08, in the MATs, than they did in other schools, where they achieved an average score of just over 0.

According to the government, the differences in progress between students in MATs and those in all mainstream institutions is “statistically significant”.

How the trusts fared

The Diocese of Westminster Academy Trust

The Priory Federation of Academies Trust