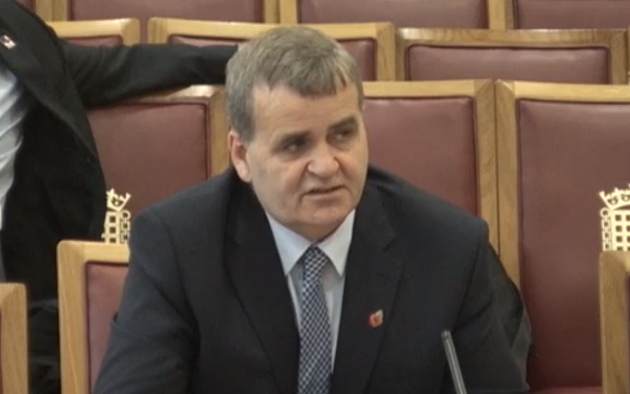 Schools are ‘hysterically’ regarding students as mobile revenue units when new institutions open nearby, the head of the Studio Schools Trust has claimed.

Giving evidence to the House of Lords social mobility committee today, Trust chief executive David Nicoll (pictured) said recruitment at 14 was “undoubtedly a huge challenge” because parents were “passive about their child’s education”.

He said his organisation had been “surprised” and “horrified” by the behaviour of other schools in some areas where studio schools had opened, claiming existing institutions often behaved “in a way that you’d charitably describe as hysterical”.

“We jokingly refer to this attitude as headteachers regarding students as mobile revenue units,” he added.

A similar picture surrounding the opening of new University Technical Colleges (UTCs) was painted by Charles Parker, chief executive of the Baker Dearing Educational Trust, which is responsible for opening and developing the institutions.

Ms Parker told Peers the system did “not make it easy” for UTCs to reach parents, who he claimed usually recognised that recruitment at 14 was often “in the interests” of their children once they had been reached.

He added: “What we’ve found is that when UTCs come into being, the system’s first reaction is ‘let’s shut this down’. And what we do is we persist and we persist because we’re completely backed by the employers and by the university.”

He says once other teachers worked out that UTCs, which he confirmed were currently “41 per cent full”, were “not going anywhere”, they started working more collaboratively with them, and added that word of mouth was gradually making the institutions better-known and more popular.

His comments come after the Hackney and Black Country UTCs both closed this summer, both within a few years of opening, following recruitment problems and criticism from Ofsted.