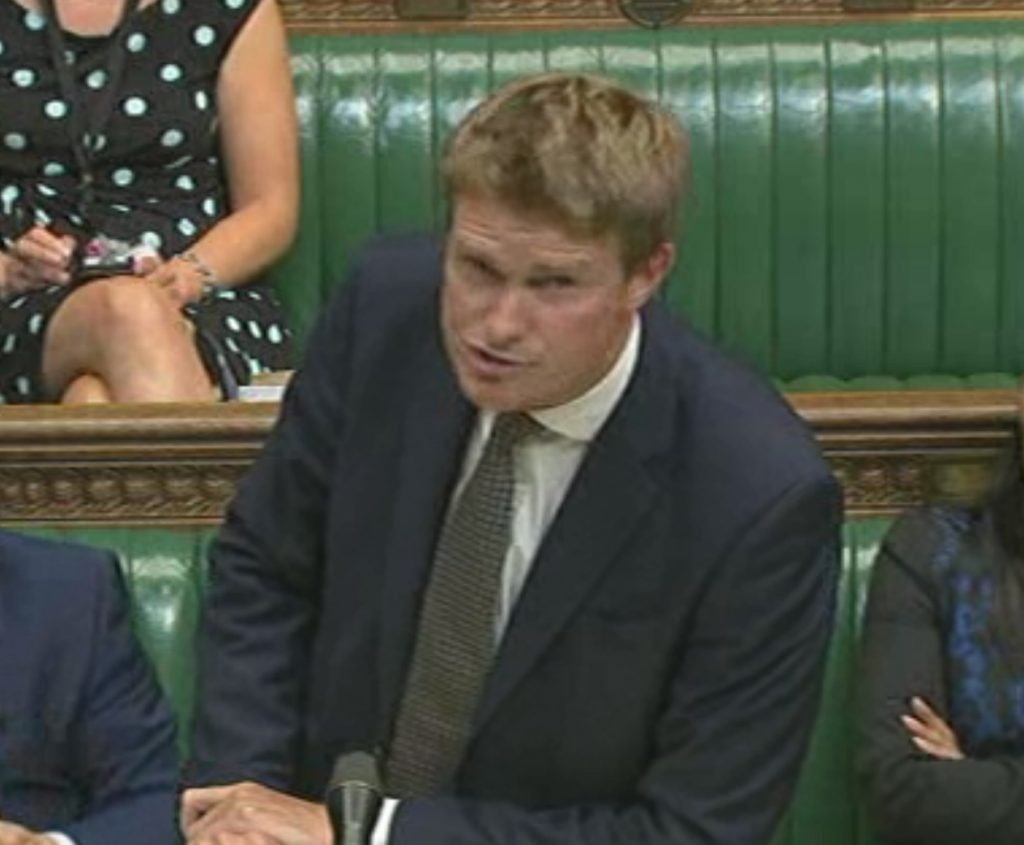 Shadow Education Secretary Tristram Hunt (pictured) yesterday continued his attack on the Government over infant class sizes, after the Labour party secured an opposition day debate on the topic.

Mr Hunt challenged new Education Secretary, Nicky Morgan, over the number of infants taught in classes of more than 30 pupils – with an increase of 200 per cent in the amount of children being taught in such classes since 2010.

More than 93,000 children were now being taught in large classes after the Government relaxed the rules on infant class sizes, Mr Hunt said.

Ms Morgan, however said that Labour’s attack was based on a “snapshot” of the school year, and claimed the figures were being used in an “opportunistic” way.

“[A]s we shall see, the Shadow Secretary of State based his entire case on one snapshot of the school year, which he has used—whether knowingly or not—in an opportunistic way…” she said.

“The truth is that despite everything we inherited, the proportion of infant pupils in classes of more than 30 has gone up by just three percentage points, while the number of pupils requiring a place has risen by 11%.”

Mr Hunt linked the increase to the Government’s “ideological” funding of the free schools programme.

“Labour will tell every parent who is angry that their infant is being educated in classes of well over 30 that the fault lies with the Government’s ideological determination to pour money into the free schools programme,” Mr Hunt said.

The Shadow Education Secretary also claimed that the increase in large classes represented a broken manifesto pledge from the Conservatives, after the party’s 2010 manifesto promised “smaller schools with smaller class sizes with teachers who know the children’s names”.

Ms Morgan denied that government had failed on its  manifesto pledge and pointed to the 400 schools, including 251 free schools, that the Government had opened or approved, as one of the ways in which it was taking action.

Department for Education (DfE) statistics  (see data tables below) show that at the time the school census was conducted in January 2014, the average size of a key stage one class was 27.4 pupils – only slightly up on the previous year.

The number of children being taught in ‘large’ classes in state primaries – defined as bigger than 30 pupils – did however reach 93,345. This represents a large increase on the previous year, and is up from 31,265 in 2010 – a rise of close to 200 per cent as Hunt charged.

Since 2010, however, the percentage of children being taught in large infant classes has increased from 2.2 per cent to 5.9 per cent, which is just over three percentage points, giving rise to Ms Morgan’s claim.