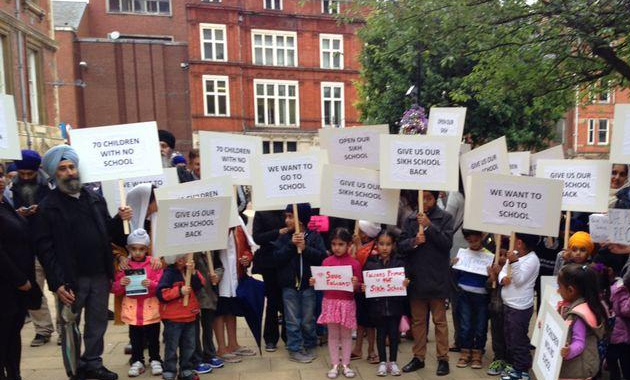 A Sikh-ethos free school that had its funding pulled less than a week before it was due to open is hoping it may yet be able to launch this year, after an urgent meeting involving the Schools Minister, Lord Nash, Schools Week can reveal.

The trust behind the school was informed that its funding agreement was being terminated last Friday, five days before it was set to open.

In a statement Mr Vaz – the school’s local MP – said: “It was a very positive meeting and I’m very grateful to the minister for having set it up with the urgency it required due to huge concerns from the community.

“Lord Nash wants to see a Sikh school open in Leicester. The building now exists, the demand is there and there is a shortage of local places.

“In a week’s time the Sikh trustees will present proposals and the changes they have made including to the school’s governing body. At the moment the government’s timetable is to open the school next September, but the trustees have said they can do so much quicker than that so it’s a question of convincing the department that this can be done sooner rather than later.”

Reports suggested that the DfE had pulled the plug on the school after a disagreement about how responsibilities would be shared between Akaal Trust, which had worked up plans for the school, and Discovery Trust, which had been brought in to the project in an unconfirmed role.

Education Secretary Nicky Morgan was yesterday forced to comment on the withdrawal of funding from Falcons Primary during a Commons debate on infant school class sizes.

Ms Morgan said that the Department for Education had been forced to take issue after “serious governance issues” came to light. Cancellation of a school was “not something the Department would do lightly”, she said.

Ms Morgan also expressed hope that a Sikh-ethos free school would open in Leicester in future.

Speaking before this morning’s meeting, a DfE spokesperson said: “We set strict requirements for how schools should be run to ensure that children are offered an excellent, stable education.

“Due to a serious breakdown in governance arrangements at Falcons’ Primary School the DfE has terminated the funding agreement with the Akaal Education Trust, meaning the school will not open this September. This has been a difficult decision to make but the interests of children must come first and it would not be right to allow the school to open given that the governance arrangements have broken down so significantly”.

Also speaking before the meeting, Harminder Singh, chair of directors at Akaal Trust, said: “All I’m doing is trying to relieve the situation … My main priority is trying to help the children.” Mr Singh said that he would not be commenting further.

Both the Department for Education and Mr Singh were unavailable for comment after the meeting.

Falcons Primary is not the first free school to face closure or postponement at short notice this summer, with at least four other free schools announcing that they would not be opening as planned.

And in 2012, the One in a Million school in Bradford was told it could not open nine days before it was supposed to begin – but went on to open the following September.