The last ever Northern Rocks conference was held in Leeds last weekend.

Schools Week was there to take in the action. Here are our highlights.

Becky Allen: Beware the circumstances of your tests

Commercial tests which compare pupil performance across several schools are fundamentally problematic, because not all schools place the same emphasis on the test’s importance, according to Becky Allen.

Pupils’ revision and persistence in tests are strongly affected by whether they or their teacher consider it “high-stakes”, according to Allen, a professor of education at the UCL Institute of Education.

Her research, soon to be outlined in a blog, found that commercial tests taken by KS2 pupils in an Education Endowment Foundation trial one month before they sit their SATs did not effectively predict their final results.

Instead, KS1 scores are a more accurate predictor – a finding Allen described as “staggering”.

The best explanation for the poor correlation was that “the commercial tests used are not really high-stakes tests to the pupils, and often not to teachers”.

When pupils are told the test matters, and that their parents will receive the score, they revise more and are less likely to leave questions unanswered.

A school wishing to test its pupils must therefore be “very clear” to all teachers how they frame the test to pupils.

The discrepancy makes it difficult to compare results across schools on tests which are not presented in the same way across the board.

“If you want to use tests to make comparisons across schools, then you need to know how that test was framed in all the other schools. And that’s really, really hard for you to control,” she said.

Tests must be several hours long, or have multiple papers, for a reliable score.

However, progress is actually often measured on the basis of a 45-minute test. To make things worse, when teachers are held accountable for progress, they will “distort” how they mediate a test to ensure better results.

Finally, she pointed out that when schools use the same test year after year, the relevant curriculum will inevitably become distorted towards the test’s questions. To avoid this, she recommends that teachers themselves are left uncertain about what will be in a test.

However, many schools compare the performance of one year’s cohort to a previous year’s. To do this reliably, the test would have to remain virtually unchanged.

“You’ve got an absolute dilemma there. If you want year-on-year comparison you’re going to have to live with test distortion in your curriculum. You can’t have both.”

Schools should still use tests since they are helpful for pupil learning, retention and motivation. The problem is trying to measure pupil progress.

She joked that for Ofsted and senior management, it is perhaps “good enough” that schools merely pretend they take progress measures seriously – “even if we all know the metrics are complete garbage”. 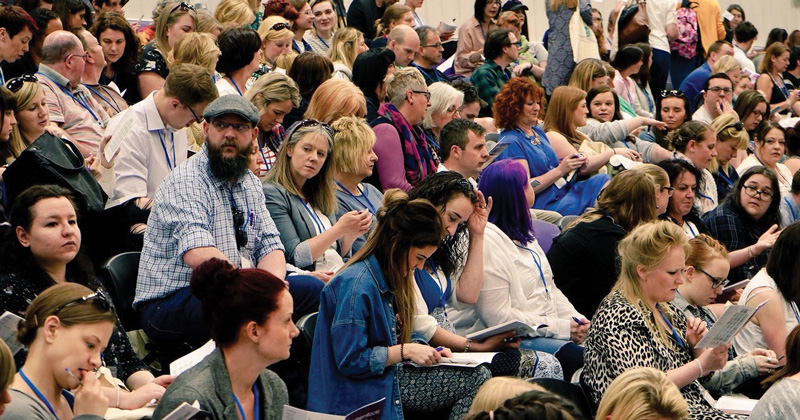 Mick Waters: Pupils are experiencing the same lesson over and again

Pupils are experiencing the same lesson “again and again” because teachers too often use the same fixed format, according to a leading curriculum expert.

Professor Mick Waters, an education consultant who was formerly director of curriculum at the Qualifications and Curriculum Authority, said teachers are so busy trying to meet learning objectives they are forgetting the craft of creating an interesting lesson.

Teachers across the country are starting every lesson with “WALT – what are we learning today” – and letting it take up more time even though it is of no real use to pupils.

This is followed by an introduction to the subject, a “call-out drill” asking questions of pupils, and a written exercise “for evidence” before the end, he claimed after visits to hundreds of schools.

Teachers often skip experiments in favour of getting pupils to write in their book to show the learning objective has been achieved, even though a practical is moment a lesson might actually come alive.

“I don’t see half a lot of lessons that look the same,” he said. “If you’re a child, you move from lesson to lesson and see the same lesson over again. They may have a different subject or different colour exercise book, but it’s just the same.”

The repetitive format is also uninspiring for teachers, who teach it, “have a cup of tea, and repeat”.

Many are still replicating the format for the numeracy and literacy hour advised by the government in the late 90s, he said. Teachers were told to slice their lessons into two 15-minute slots followed by 20 minutes’ group work and a 10-minute closer.

“It was one of the first examples of the government in England ever telling the teachers how they should teach. What I’d suggest is at the minute we’re not far off from that in many of the lessons I watch.”

It’s not the first time that Waters, a former headteacher and teacher-trainer who decided the contents of the national curriculum during his tenure at QCA from 2005 to 2009, has spoken out against political involvement in schools. In his book Thinking allowed, he argues for a national council of professionals to run education instead.

Meanwhile his description of GCSEs as “diseased” won him no favours with former education secretary Michael Gove, while traditionalist educationist and assessment expert Daisy Christodoulou heavily criticised his 2007 curriculum reforms in her book Seven myths about education.

But Waters believes that the knowledge-based and skills-based debate has become polarised, and that a good lesson incorporates both repetition of concepts and practical activity.

Instead, teachers are now “so busy producing evidence” they’ve stopped thinking “what the craft of teaching is about”.

He outlined three main methods teachers can use: exposition, in which a concept is not just instructed but revealed to pupils through context or activity, as this helps them to remember it properly; problem-solving, in which pupils ask questions or interrogate what they’re learning; and practice, involving repetition and feedback to make sure they grasp the concept.

“Any single lesson doesn’t revolve around doing all of those,” explained Waters. “You pick one of these tools from that repertoire, depending on what you’re teaching. It’s your toolkit for an interesting lesson.” 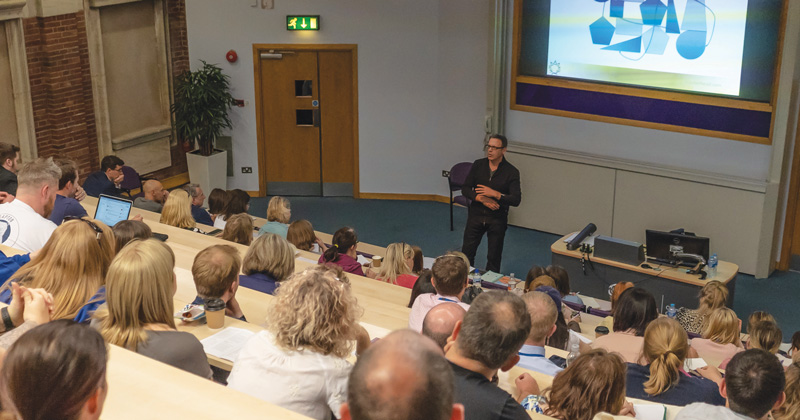 Too many teachers fail to recap knowledge properly, instead allowing pupils to “air” the answers among themselves, according to former headteacher Tom Sherrington.

Sherrington told the conference that teachers often feel they must “march through the curriculum” and so recap material too hastily or avoid checking if pupils have understood a new concept.

Many, for instance, go over material by asking pupils to say if they know the answer to a question and then saying: “‘Everybody got that? Yep? Brilliant’.”

“We might try to come to this good understanding by going around the room piecing together the answer, and use that as a judgment that we’ve got there,” he said.

“But that’s not good teaching. Teachers do this all day long – airing the answer. But it’s not enough.”

It’s ineffective because the teacher never knows which pupils actually grasp the concept, he claimed. Instead, teachers must set aside more time during lessons to question pupils around the classroom, to explain an idea. This becomes more truly instructional because it’s “interactive”. 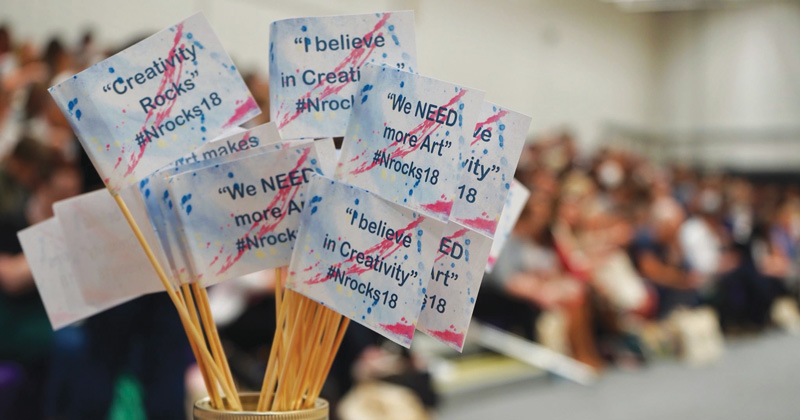 “Just because one person gave the answer doesn’t mean everybody’s got it. Ask three or four people to get an idea of how well the idea is understood,” said Sherrington.

Telling pupils to recall a concept among themselves also risks “peer dynamics”, namely that a pupil is strongly influenced by their classmates and will therefore be likely to remember incorrect information rather than the correct answer.

This process of misremembering is described by Graham Nuttall, who was professor of education at Canterbury University in New Zealand, in his book Hidden lives of learners.

Sherrington wants teachers to consider Nuttall’s work and other cognitive science research, because they reveal that pupils are influenced by numerous factors inside and outside the classroom, which mean they forget their lessons, and present ways the teacher can overcome these factors.

“I think it’s really helpful to read cognitive science, because it makes you think hard about the fact everyone’s brain is whirring away trying to make sense of this concept,” he added.

But teachers are often as unwilling to change their ideas on how to teach no matter the evidence as “members of the Flat Earth Society”.

They feel they can’t continually check on pupil understanding because of the time pressure to get through the content.

“It’s an investment. You can rely on that knowledge being more secure later.”

He also praised a paper by educational psychologist Barak Rosenshine at the University of Illinois, called ‘Principles of instruction: Research-based strategies that all teachers should know’.

The author identifies what the most effective teachers do for good pupil attainment, including spending five to eight minutes at the start of a lesson reviewing previously covered material.

Effective teachers also present only a small amount of new material and check pupils understand, before either teaching it again or moving on.

If teachers don’t read this kind of research, he warned, they “will do the same thing tomorrow as they did last week, forever”