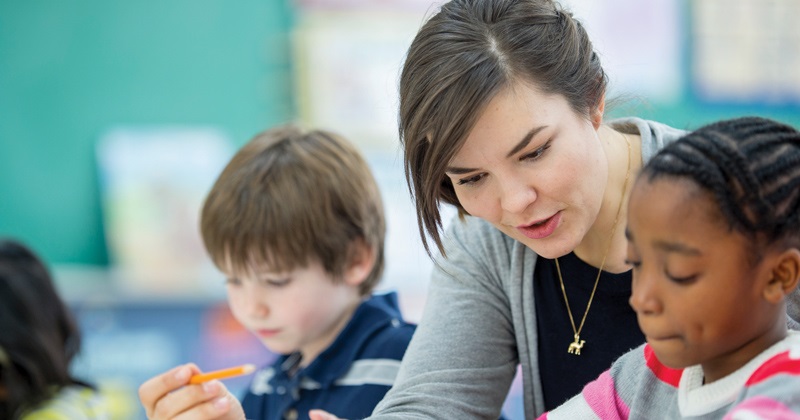 Nearly half of teaching assistants claim to have received no training from their schools within the last year as schools cut back to save money.

In a survey of 4,500 school support staff, 53.3 per cent of classroom-based staff said their school’s money for training had dropped in the last 12 months, and 45.1 per cent had not received any training funded by their school in the last year.

“All support staff, including teaching assistants, need access to regular training and real career progression opportunities,” she said. “Support staff are suffering the most from the schools’ funding crisis.”

In April, the Teacher Development Trust found that over 700 schools across the country had a total training budget at or near zero in 2016.

Bethan Cullen, the commercial director at the Institute of School Business Leadership, described funding as “critical”, and claimed schools are reviewing the ways CPD budgets are being spent.

“Schools need to be sure that they are investing in the right areas,” she said.

Jon Richards, Unison’s head of education, said unions have stepped in to “fill the gap” as CPD budgets have “dropped through the floor”.

According to Peter Morris, who represents support staff at the National Education Union, CPD is especially important in the current climate, where support staff are “more stretched” due to funding cuts and increasing pupil numbers.

TAs in particular are under pressure “to increasingly take on more roles, including functions of teachers”.

“People are simply not qualified or paid to do this,” he continued. “It’s exploitation combined with the fact that they are often out of their depth.”

A 2017 NEU survey of support staff members found that in the past year, 55 per cent (910) had started carrying out tasks that teachers used to perform, such as data entry and marking pupils’ work.

Meanwhile 60 per cent (996) said the number of support staff in their school had decreased over the same period.

Forty-nine per cent of support staff said their school did not organise regular CPD for support staff, other than the legally required training.

“It’s the bare minimum,” Morris said. “A lot of people say ‘the only CPD I get is when I come to union events’.”

The ATL branch of the NEU began charging for CPD events in 2012 but Morris said this “did not have any impact on demand” and CPD events for support staff continue to be “enormously popular”.

“It is right that the responsibility lies with headteachers to decide how to train and develop their teaching staff in order to meet the specific needs of their schools,” they claimed.