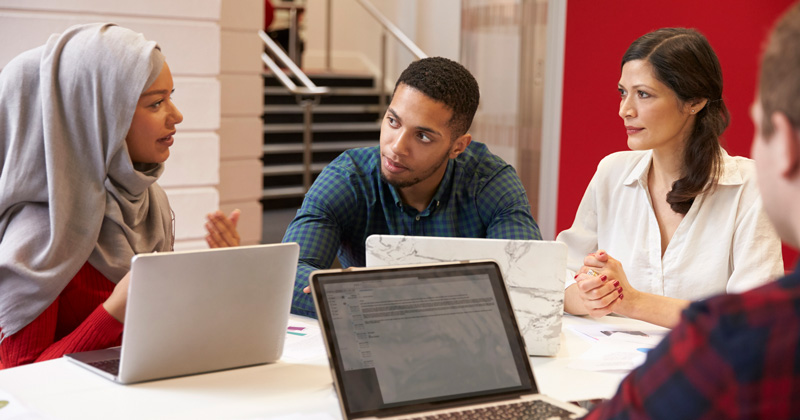 How much would it cost to give teachers a formal entitlement to continuing professional development? Not as much as you might think, writes James Zuccollo.

Professional development for teachers is a surprisingly controversial topic. It is widely believed by policy wonks and researchers to have enormous potential, yet many teachers consider it a distraction.

How can we reconcile these apparently contradictory views?

The quality of CPD is mixed at best

When reviewing 42 randomised control trials (RCTs) of CPD programmes we found that the majority – 60 per cent – had an effect on pupils’ learning that was statistically indistinguishable from zero. Despite that, the overall average effect of CPD is equivalent to about two months of learning, as good programmes can have large effects.

This imbalance might go some way to explaining why some teachers have a low opinion of the CPD that they’ve done – it’s unlikely to have noticeably improved their teaching or pupils’ learning. Nonetheless, the minority of programmes that are of high quality have enormous potential, which explains why policymakers are so focused on improving and extending them.

Of course, teachers might object that these statistics relate to evaluations of CPD, not the actual CPD undertaken. There is little measurement of CPD in schools in England but a recent Wellcome pilot showed that just 11 per cent of CPD undertaken was subject-specific and met all the government’s standards for professional development.

The main cost of CPD is teachers’ time

Not only are many programmes unhelpful, but the main cost of the courses is teachers’ time, which often goes unmeasured.

A commonly cited statistic is that schools spend less than 1 per cent of their budget on CPD. However, that figure does not include the cost of teachers’ time. Including this, our estimates published today suggest that costs are about three times as much as the direct costs measured by official statistics.

It’s no wonder that many teachers are disillusioned by their experience of CPD when the quality is often low, and they are the ones bearing most of the cost.

A programme spanning 114 hours (about 5 days) had no impact, while a programme with only 5.5 hours of coaching did have a measurable effect.

That isn’t to say doing more training is worthless, but the quality of the training greatly outweighs the quantity. To be effective, teachers don’t always need to do more CPD, simply better CPD.

It doesn’t need to be expensive

Good CPD doesn’t need to cost more than most schools are spending already. On average, 35 hours of high-quality CPD each year is likely to cost about £3,500 per teacher. Some programmes will cost more, some less, but that seems a reasonable average and there are plenty of effective programmes within that budget

Official statistics suggest that schools spend less than £700 per teacher, but those figures don’t include that key cost of teachers’ time.

To improve it we must also measure it

The challenge is not paying for good CPD but finding it. Unfortunately, there is little measurement of how much is done, how much it really costs, or how good it is. Without this it is hard to know if things are improving, or where policymakers should focus their attention.

The government has made positive strides in its push for more and better training for teachers, but we also need to see a push to measure what is actually happening. The more we know about CPD, the better chance we have of making improvements and winning over sceptics.