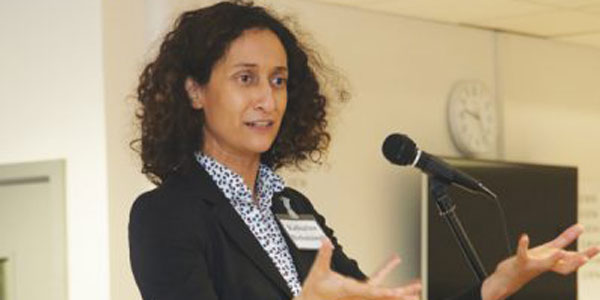 A free school championed by schools minister Nick Gibb, and whose founder has previously said she would ban Ofsted, has been rated outstanding by the education watchdog.

Michaela Community School, in Wembley, has published an Ofsted report on its website showing the school was rated outstanding across the board, after an inspection in May.

Inspectors said the school, frequently referred to as “Britain’s strictest” over its ‘no excuses’ discipline policy, had driven rapid progress across all subjects for all pupils.

Pupils were found to “conduct themselves exceptionally well” and had “high aspirations for their future lives”.

Michaela school has been praised by politicians, including in several speeches by schools minister Nick Gibb. He also visited the school in February, stating: “We knew it would be good, but Michaela has exceeded all of our expectations”.

The school’s founder and headmistress, Katharine Birbalsingh, has also previously said she wanted to “ban Ofsted”, adding parents should instead hold schools to account.

The free school, which opened in September 2014, divides opinion on its approach to discipline and teaching methods. Those that have attracted particular attention include awarding demerits to pupils for sulking or rolling their eyes, group chanting of poems before lunch, making pupils walk down the corridors in silent single file, and carefully curating its library collection to steer students away from what the school considers poor quality fiction.

While many celebrate the no excuses policy – including the government’s behaviour tsar Tom Bennett – others disagree with the approach.

Ofsted also highlighted how the school is an “extremely calm and safe learning environment”, with attendance rates much higher than national averages.

Schools leaders were found to have established a “consistently ambitious” culture at the school, with a curriculum that ensures pupils develop knowledge across a “broad and balanced range of subjects”.

Inspectors did find, however, that recent reduced access to off-site sporting facilities had reduced PE provision.

The school said it did not want to comment on the Ofsted report, which is expected to be published on the watchdog’s website soon.