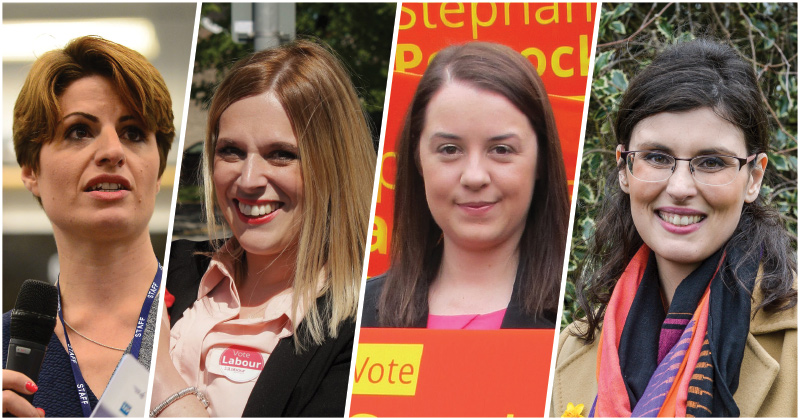 A new generation of teachers-turned-MPs have vowed to fight school funding cuts after an election which saw education issues rise up the agenda.

At least half a dozen former teachers and teaching assistants, many of whom campaigned specifically on education issues including school funding cuts, were elected to parliament for the first time in Thursday’s vote.

Several polls taken shortly before the election showed that education was the third most important issue for voters, while many candidates have since reported that school funding specifically was a significant issue on the doorstep.

Smith, a Labour MP who is a key organiser of the Fair Funding For All Schools campaign, said the issue of school funding “came up all the time” on the doorstep and would remain a “massive priority” for her as an MP.

“I would say the issue with school funding is one of the main reasons that I got this position and secured the seat,” she told Schools Week.

In another huge upset for the government, physics teacher and Liberal Democrat politician Layla Moran defeated the health minister Nicola Blackwood in Oxford West and Abingdon by 816 votes.

Moran, who said being elected is a “dream come true”, says fighting school funding cuts is her “first priority”, adding she would campaign “not just to reverse what is already happening but also to ensure no school loses out from the changes to the national funding formula”.

She said she would also fight the proposed expansion of grammar schools and “push the government to trust teachers more”.

“I think it is perverse that ministers with misplaced ideologies decide curriculum rather than education experts,” she said.

“I’d like to see curriculum taken out of the hands of politicians altogether and instead put in systems where teachers have more of an input and the best interests of the learners are at heart.”

Former union activist and Schools Week columnist Emma Hardy’s victory in Hull West and Hessle was less of a surprise. The Labour campaigner won the seat previously held by the former education secretary Alan Johnson with a majority of more than 8,000.

Hardy, a former primary school teacher and co-founder of the Northern Rocks pedagogy conference, said she would be “fighting [so] that we get the funding we need for the schools in Hull”.

She also stressed that the funding cuts campaign is “definitely not over”, and insisted that the fact education became the third biggest issue for voters during the campaign is “incredible”.

“It shows just how significant this issue is and that is not going to go away so we need to keep on pushing about cuts to funding in schools,” she said.

“We can’t let this issue disappear.”

Rosie Duffield, a former teaching assistant, claimed one of Labour’s biggest successes of the night when she won Canterbury, a seat which has never elected an MP from her party.