The proportion of pupils getting into their first-choice secondary school is still falling as the so-called “baby bulge” moves up from the primary phase.

New data out today shows that 82 per cent of applicants to secondary school got into their first choice school this year, down from 84 per cent last year. This continues a downward trend seen since 2013.

At primary level, the proportion of pupils getting their first choice of primary school rose from 90 per cent in 2016 to 91 per cent. 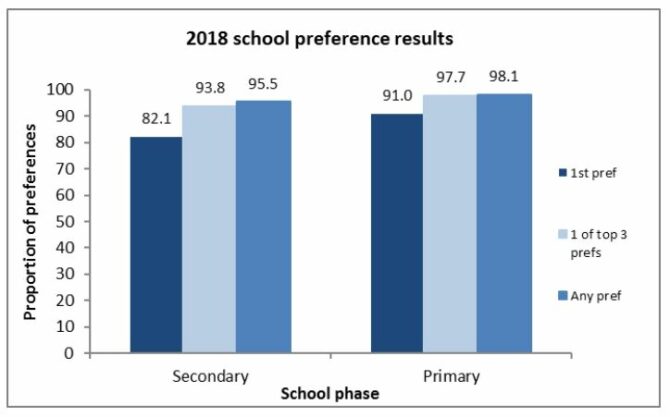 The changes reflect the fact that a demographic bulge caused by an increase in the birth rate during the early 2000s is now moving from the primary to secondary phase.

Geoff Barton, general secretary of the Association of School and College Leaders, said the drop in first-choice offers “shows the pressure building on secondary school places” which will only continue in coming years.

Ensuring there are enough good school places is “particularly challenging in a complex and fragmented system”, he said. The government must work with local authorities and trusts to make sure “no money is wasted on places which do not meet demographic needs.”