Excluded pupils are twice as likely to be taught by an unqualified or supply teacher when they reach their alternative school, a new report has shown.

The analysis, published by the Institute for Public Policy Research, found the proportion of unqualified teachers at alternative providers has risen by nearly four percentage points over the past four years – more than double the increase in other schools. The number of temporary staff has also doubled.

The report makes the case for a new teacher training programme, to encourage outstanding teachers to work in alternative provision for a period before reentering the mainstream.

Co-author Kiran Gill (pictured) said the situation is made worse by the leadership vacancies in the sector. 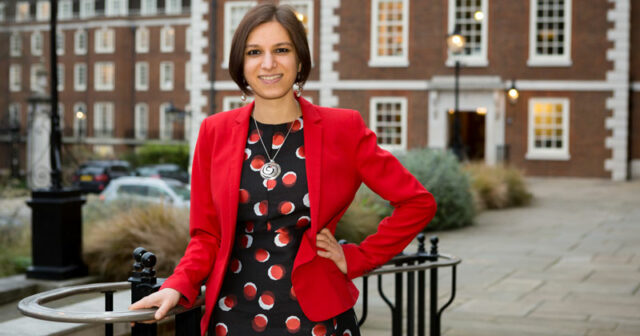 “It’s a real worry if there are a lot of unqualified staff, but not enough leaders to help train them – how do we quality-assure what’s going on?” she said.

Overall, 48,000 pupils are taught at alternative providers – with many in unregistered settings not eligible for Ofsted inspections, as a Schools Week investigation recently found.

A “whole classroom” of 35 pupils are excluded from school every day, the report notes, with 6,685 told to leave last year.

However, the number educated at alternative or pupil referral units is five times the number of official exclusions. Earlier this year, Schools Week revealed how some pregnant pupils were passed to alternative providers.

This figure is also increasing; while permanent exclusions almost halved between 2006 to 2013, they rose 40 per cent over the past three years.

Alternative provision units are therefore expanding and several new ones are in the pipeline using government funding recently announced by Justine Greening. The expansion is putting substantial pressure on recruitment.

In response, Gill is launching The Difference, a teacher training programme in which teachers qualified for least three years train in an alternative provision unit before returning to a leadership roles in a mainstream school.

Despite a sometimes maligned reputation, 83 per cent of pupil referral units or AP schools are judged ‘good’ or ‘outstanding’, compared with 75 per cent of mainstream schools, the report states.

But a “frightening postcode lottery” sees some areas offer only ‘inadequate’ provision.

In Newcastle and Gateshead, all 368 alternative provision places are ‘inadequate’.

Dudley, Sheffield, Reading, Barking and Dagenham, Cheshire East “effectively guarantee” that provision for pupils will be less than good, according to the report.

Seamus Oates, chief executive of the TBAP multi-academy trust, which runs eight AP academies and has a teaching school, said “inadequate pockets” of alternative provision across the country often reflect poor mainstream provision where many pupils are kicked out.

There’s a frightening postcode lottery in the quality of provision

The PRUs may also have failed to present themselves as part of the “career continuum” for teachers in an area, he said. Proper government funding for the sector must be invested alongside training schemes such as The Difference.

Alison Ryan, exclusions and behaviour expert at the National Education Union, said it was “really worrying” that unqualified teachers were working with AP settings.

“There’s a real worry about quality by employing unqualified teachers,” she said. “There’s nothing to say they’ve had a particular level of training. They won’t be learning properly about teaching and could end up just doing a certain amount of crowd control.”